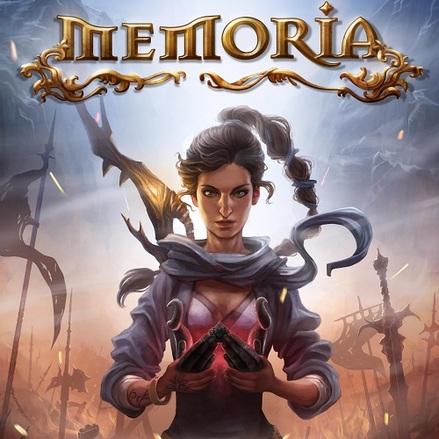 Some says “there will be water if God wills it” but some believe ”if there is a will, there is always a well”

Geron is a Birdwatcher at the Kingdom of Andergast, goes on an adventure with a fairy named Nuri, and by a talking Raven, they are accompanied in their quest, all in favor of helping Nuri back into her fairy world as she has been dying every day, she spends in ours.

Hunted by the Seer, (allegedly) a great evil whom his legacy of doom and motives are non-clear, (long story short); in the end dramatically; it is revealed that their companion, the Raven, is actually the Seer himself, and he was traveling in their pockets all along, from start.

In an unfortunate event, as Geron was defeating the Seer, Nuri loses her life, and while the Seer fleeing his bird body it becomes clear that the only way to save the ‘fairy’ is that she holds on to her soul over the Raven’s Body.  she is now trapped into that Raven’s body.

While Geron was the main protagonist in CoS, he serves in Memoria as sorta a storyteller/vessel to Sadjia’s story that had happened centuries far away, around 500 years or so; at the time of war, the fall of vast cultures and real magic.

The story revolves around a determined woman, a princess of the kingdom that is falling;  and her confidence that will bring tears to your eyes; whilst all things ever stand against her; her family, destiny and even Gods themselves, nothing have affected her will, she was a hero and more, because she said so. 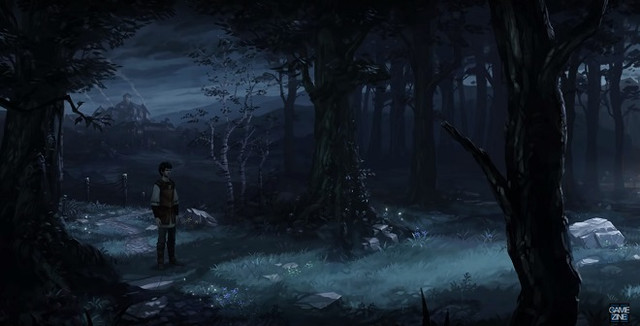 The start of Memoria

The game starts with Geron on that quest being after the Wiseman/Wizard who named Fahi, who will help him to get Nuri her original form, but before that can happen, Geron needs to know all about Sadjia; the main protagonist of the story and while Geron yet, is a main playable character, he serves mostly this time as a secondary, whom thru we will know everything that is, was and will be about Sadjia Alkabir or [Sad’jeyah Al-Kabeer as it perfectly pronounced in its origin Persian tongue, with only the hope of when serving the story of Sadjia to be revealed, he will then be able to solve a puzzle of that would eventually help Nuri; his beloved.

A traditional adventure game, with magic spells that are easy to use but sometimes hard to obtain.

In the Main Menu Settings; you have twp options you can use as help/hint (system); One (of course) is applying the Hot-Spot Revealer, and the other is the Combination-Helper; (which I always used when I was stuck) which works by bringing different shapes and colors to the curser which is indicating some sorta combination and possible actions are legit; and whether the case was with inventory items or with the environment, all the same.

How This CPT will move

I will separate the gameplay into chapters of my own creation, so don’t be confused as it has nothing to do ‘really’ with how the story or the gameplay are presented.

Play with Geron, and then watch the intro-credits, but stop once you have reached and have gotten the control of Sadjia*, in the tunnels and caves below Fasar.
As to where it is shown in the link’s image below.

https://ibb.co/1Jg5M4k (click here to see where you should stop playing)

I will put no precise time to start the next chapter, but only a maximum of seven days, or if everyone had already run the game and came playing it into until the shown part/the end of ChapterI, then, we will need any more time to wait.

*This chapter one is an intro, playing time estimated is 7-10 mins only, something just to deliver you the hold of the game’s controls and features, , some kinda or some sort of an innovating play-though-tutorial.

Hooray to the start of the CPT! I finished Chains of Satinav not long ago just to get me prepared for this CPT (mentioned it in another thread) and wasn’t really impressed with it, but I’m VERY happy with Memoria so far. To be honest, I played through the first chapter as Sadjia since the intro is WAY too short (only one puzzle and a bit of dialogue). But what follows is a really great game with great storytelling, humour and inventive puzzles (won’t talk about them right now). Maybe we need to speed up a bit? Because the first chapter (the one that takes place inside ruins) is what really gives you a taste of this game.

Maybe we need to speed up a bit? Because the first chapter (the one that takes place inside ruins) is what really gives you a taste of this game.

This week is only for gathering, its not as the gameplay have started yet.. if almost the 5 voters (that’s you) have showed up and like you finished these 10 mins intro, i promise we will move (not i a hurry) but with much more pace than this definitely.

I’m trying to see if I can manage to play through Chains of Satinav as well, if this CPT will be on the slower side, just to get more in depth on the story.

I’m going in completely blind here so after finishing the beginning, I found myself pretty excited - looking back on the list of the games I played in the past year - there hasn’t been one with “magic and stuff” for quiiiite some time. I missed some of that, apparently…

I also liked the unusual cinematic decisions like close-ups and mini cut-scenes… From what I remember, Chains of Satinav had some funky looking graphics on the screenshots. Also the scene we stopped at, really reminded me of Unavowed

-the dialogue choices don’t affect anything. that’s said there is one the dialogue at the game’s far end that results in two different endings to the game, upon your understanding of the story. but as said it is at the game closure.

Also, some puzzles have different solutions to get around them, can’t remember whichs or how many are they, but I am sure we will come to them all thru this CPT.

-Never touched any of the Dark Eyes RPGs so I can’t tell how good they are, tho i know that one of them is the best selling Daedalic game after Pillar of the Earth.

I’ve decided to join the playthrough, Advie, and will start the intro a little bit later today.  I haven’t played Chains of Satinav yet, but your summary of it helps.

I’ve played both Chains of Satinav and Memoria before, but that was several years ago, around the time the games came out. What I remember most about Chains of Satinav is
how the fairy had no sense of self-preservation at all, and as Geron you were always have to keep her from doing something stupid.

I have not played any of the Dark Eye RPG’s.

I want to take part in this community playthrough. Before starting though, I will complete The Dark Eye: Chains of Satinav which I started only yesterday. To avoid spoiling that game, I haven’t read the introduction of this thread yet. I hope to be able to catch up soon - but please don’t wait for me before continuing.

I’m at the stopping point now.

I see all have made it, almost, but Diego who is missing yet.
but we Welcome our LK and Pegbiter for joining in.

i guess no need for a week then or the rest of it anyhow, tomorrow by night we can start chapterII, i will make a post about it by night then to confirm it.

Did anyone answer the q “You like riddles?” with ‘NO’ and got throwing out; the game quits! (itself) lol

Chapter II: The Writings on the Wall

Starts now, play the whole Sadjia segment until you get the control over Geron again, it is kinda long, about 45-min to 1-hour if you know exactly what to do, so I guess it might be up to 2 hours of gameplaying.

Anyhow, we have until the next Thursday. i would like to keep a day free between the end and the start of chapters; to like stuff share and discuss the game/chapter, puzzle, Pros, and Cons ...etc. that if no one mind, but ‘really’ tell me if any thinks its bad idea and just want to jump to each chapter instantly or so.
I can push the default button, instantly .

Enjoy, and anyways the plan is to start the next chapter,ChapterIII, on Saturday, 14th of March.

and don’t forget to tell me about Sadjia.

i am confused, please each one playing and involved in this CPT make a post and state how far did you go, and if anyone needs more time or anything, let me know.

I’ve been busy lately, but, as I wrote before, I had finished the chapter in advance and enjoyed it a lot. I find writing and puzzle design to be quite different from the first game, in a good way. Dialogues are both sophisticated and funny, they give insight into the characters’ past and the world around.

Puzzles are very satisfying so far. The whole ruined stone giants come to life part reminded me of The Incredible Machine a bit. It wasn’t all that hard, but they introduced magic skills in an inventive way. Puzzles don’t feel forced, and from what I read magic is an integral part of the game which suits me just fine.

Graphically the game also seems like an improvement, animation feels smooth, close-ups are beautifully drawn. Once again there are few locations to explore at a time, but I think they made good use of them. No running back and force, touching and picking up everything. And with two parallel storylines (one of them taking place in a different time and place) there’s plenty of space for imagination.

Indeed, there no doubt about that sure, some fine quotes on Sadjia side
[spoiler]

“Just listen to yourself How pathetic you are”
“Oh princess your laugh!!!?..”[/spoiler]