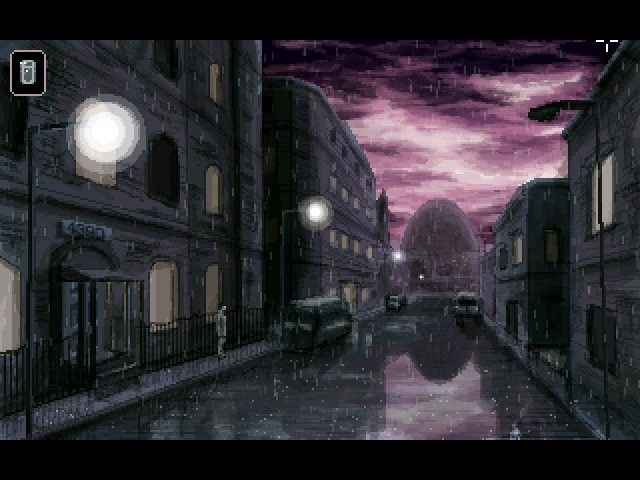 Today is World Pneumonia Day, so let’s all spare a thought for the adventure characters (such as Azriel Odin in Gemini Rue) who spent hours and hours standing in the cold and the rain while players try to figure out what they’re supposed to be doing!

Awesome game, one of the best in recent years.

I enjoyed it a lot. Loved the oldschool feel.

yeah. despite the short length (which now I don’t consider a bad thing. It’s like accusing a short novel for being short) and mediocre difficulty, one of the best indeed.

Yes, this is truly a lovely game. I actually thought that the game was of perfect length, even if it only was 6 to 8 hours of gameplay. I don’t think that I would have liked it more if it was longer. I also liked playing as Asriel more (in the rainy environment), rather than playing as his brother in that steril space prison environment.

Very nice game, but anyone find it a tiny bit inconsistent? The shooting and traditional puzzles in the first half and then all the talking towards the end was very jarring for me.

I think about that in many games that took place in the rain. I just wanted the character to go inside, put on some dry clothes and curl up in a blanket.