South Park: The Stick of Truth

Finally after being delayed multiple times South Park is being released next week. 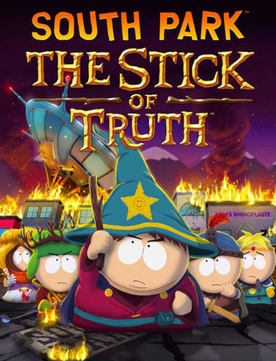 And RPG by Obsidian written by Trey Parker and Matt Stone, it has potential to be great, but at least it will be a fun time for fans of the show.
I pre-ordered the game when it was still a THQ game so I’m waiting for a looong time

The news this week that the game was censored in Europe were annoying but I think it’s only the console versions so at least I’ll avoid that stupidity.
Anyone else playing it next week?

Dissapointed that we have to get a censored version.

However I’m really looking forward to this game. Ubisoft, you bastards! The thinking behind censoring a South Park game baffles me… why?

Because we live in a retarded world. You can turn on your tv and watch the bloodiest scenes a mind can conceive, but god forbid you should see bare naked tits or hear the word f**k. I mean, come on!