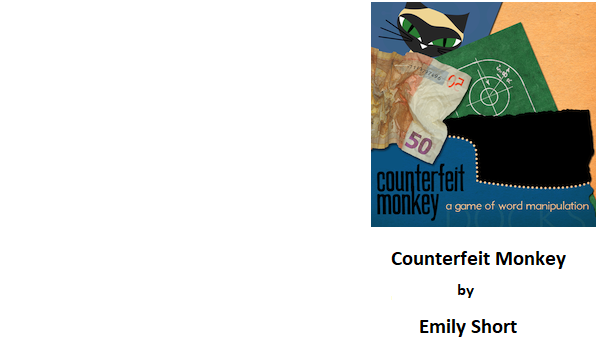 Anglophone Atlantis has been an independent nation since an April day in 1822, when a well-aimed shot from their depluralizing cannon reduced the British colonizing fleet to one ship.

Since then, Atlantis has been the world’s greatest center for linguistic manipulation, designing letter inserters, word synthesizers, the diminutive affixer, and a host of other tools for converting one thing to another. Inventors worldwide pay heavily for that technology, which is where a smuggler and industrial espionage agent such as yourself can really clean up.

Unfortunately, the Bureau of Orthography has taken a serious interest in your activities lately. Your face has been recorded and your cover is blown.

Your remaining assets: about eight more hours of a national holiday that’s spreading the police thin; the most inconvenient damn disguise you’ve ever worn in your life; and one full-alphabet letter remover.

Good luck getting off the island.

(just for fun! Curious to see the response)

Do you remember our name?

Do you remember our name?

>no
To review, we’re Alexandra now. I was Alex, before the synthesis. You were…

>Andra
...yes! Okay. We’re both here, neither of us lost our minds in the synthesis process. As far as I can tell, the operation was a success. We’re meant to be one person now, unrecognizable to anyone who knew us before.


Let’s try to get a look around. I haven’t been able to run our body without your help, but maybe now you’re awake, it’ll work better.

To get a look around, type LOOK and press return. If you do not want help getting started, type TUTORIAL OFF.
> 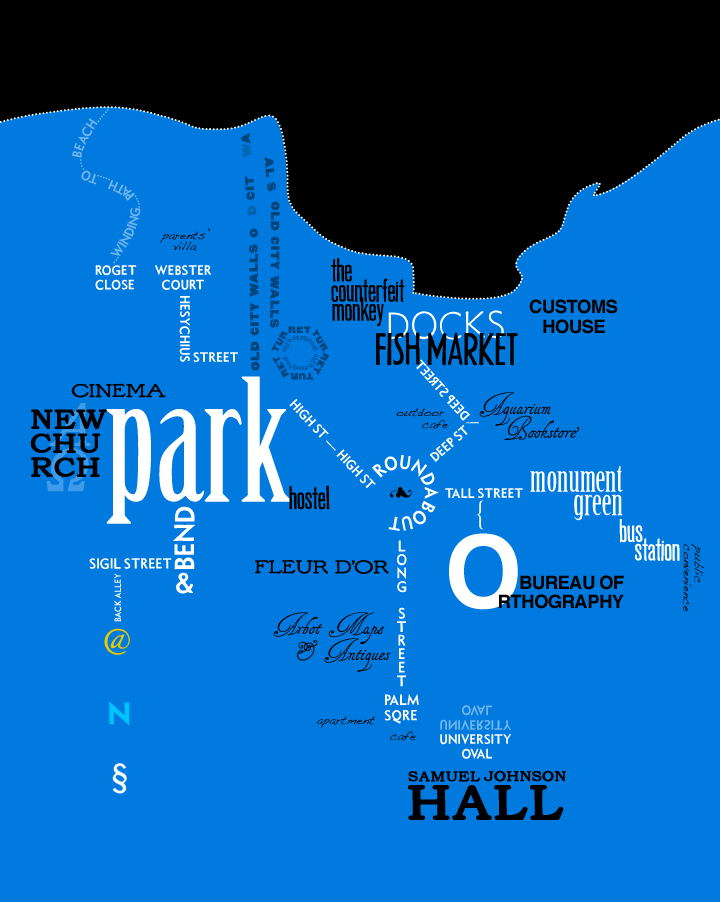 Back Alley
This isn’t much, is it? Just the back sides of a couple of buildings, some peeling yellow paint, and not even much by way of windows to look in through.  I think the place where we had the procedure done is just a block or two away, but I’ve already lost the door. I imagine they change it.

This alley runs north to the open street, towards the town square. That’s the way we’ll want to go first.

Karlok here. Blue is game, black is me.

Our position on the map is indicated by the @ and it moves as we move. I can play with the map open on my left, but that’s impossible in the CP. If there are other changes in the map I will of course let you know and post a new map.

Something else: I don’t want to turn the tutorial off because it shows us commands that are specific for this game.

Let’s do what the tutorial suggests:

And then, this is always a good thing to do:

>l yellow buildings
The buildings are no doubt due for renovation, but haven’t received it yet. There are no windows facing this way.

Something makes you think of how we got here.

[MEMORIES will list your currently active memories]
There are other things around here that you can look at too, if you like. You can check out other things in your surroundings, or LOOK AT ME to see yourself.
>look at me
This body is more you than me — well, it would be, since we came out a girl. Still, I feel a bit odd inspecting us too closely. It feels like invading your privacy.

There’s more we can do than just looking around. To check what you’re holding at the moment, try typing INVENTORY, or I for short.

And it might be worth a second try of:

>memories
Currently on your mind is how we got here.

[REMEMBER any memory to review it.]

>i
You insisted that we bring almost nothing into the synthesis room, so the criminal who was performing the synthesis couldn’t rob us. I had hoped there was more honor among thieves, but you said no, there isn’t.

We are equipped with your R-remover — an essential we mustn’t part with.

>look at me
I don’t think anything about us looks out of place. We are female, though a little taller and leaner than average, and with slightly boyish facial features. It’s nothing that would attract attention, though.


You’re out of milk. Your pants are chafing you. And you’re going to totemize every magic creature in the Empire.  - Lucy Flathead, Zork Grand Inquisitor

>remember how we got here

>remember how we got here
Cluttered Industrial Room
The synthesizer was right at the center of the room, and we were inside it. An unshaven man in a blue jumper was prodding us with his foot. “Wake up! Wake up!”

But we couldn’t move, even though you were half-conscious. So he panicked. We’d paid him to let us recover in comfort, but he wasn’t about to risk having a corpse on his hands, even an unidentified one. He picked us up and dumped our body in the Back Alley and left.

Then we’re back in the present.

Pegbiter, I changed two previous posts slightly, my mistake, read them again. I got confused because I was switching between playing online and the downloaded version, but online is much easier to copy and paste, so that’s what I’m going to do from now on.

Should there be a limit on how many commands a single player can do in a row, or can I just continue?

Should there be a limit on how many commands a single player can do in a row, or can I just continue?

No limit, but don’t overdo it.

>l R-remover
It is a blunt-nosed plastic device, about the size of a laser pointer, that can be waved at things to remove excess Rs. It is not very powerful, and often fails against large items. On the other hand, it has a wide range of action: it can be set to any letter we choose.

These are, if not exactly cheap, hardly unknown in Atlantis.

It can be set to any letter we choose, hm? That sounds like a hint. Try SET THE R-REMOVER TO U.

>set r-remover to u
You flick our thumb over the small knob: we now have a U-remover.

It seems the tutorial is not giving us any more hints here, so let’s move on: