Wow, almost a year with no updates… Although it’s not very responsible of us, that doesn’t mean we’ve been idly sitting at our desks for 12 months sipping tea. On the contrary!

In short, almost all of the locations are modeled and are now being rendered and painter/processed in 2D; we are well into building the Prologue section of the game, with Tutorial being completed and playable; a video showing Tutorial run is due soon, we are actually completing the SFX and then we are ready to go. 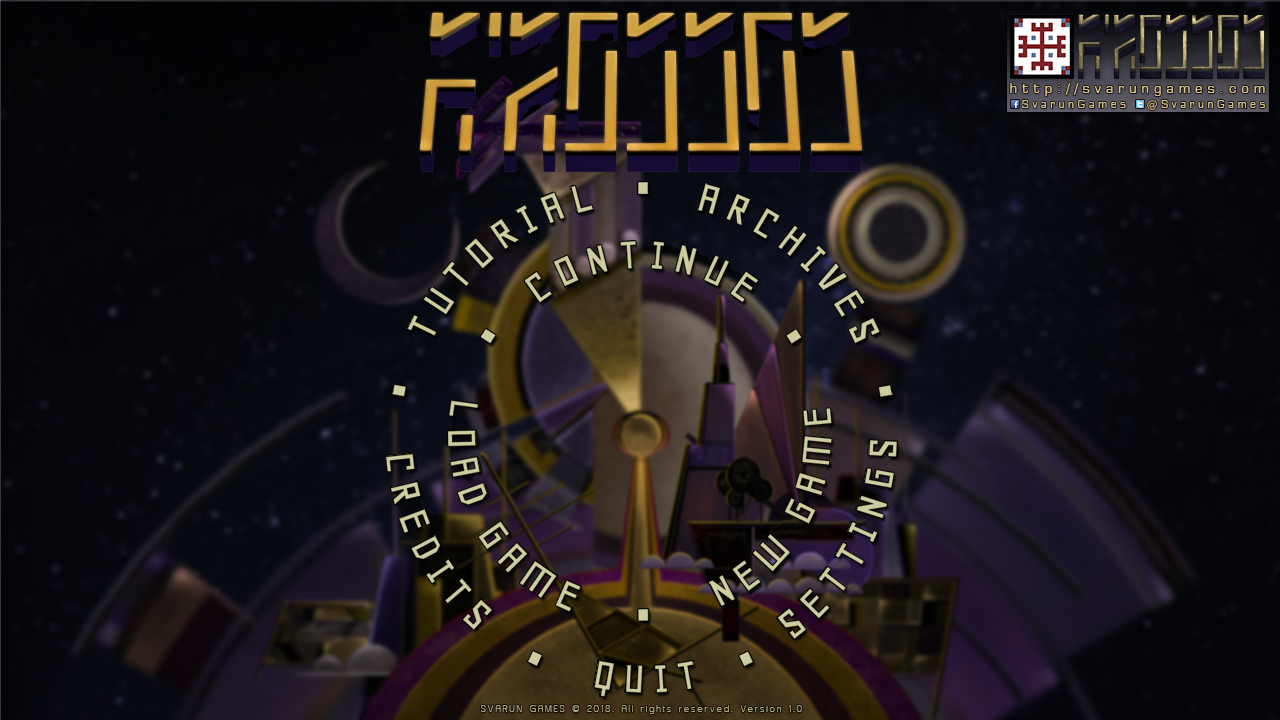 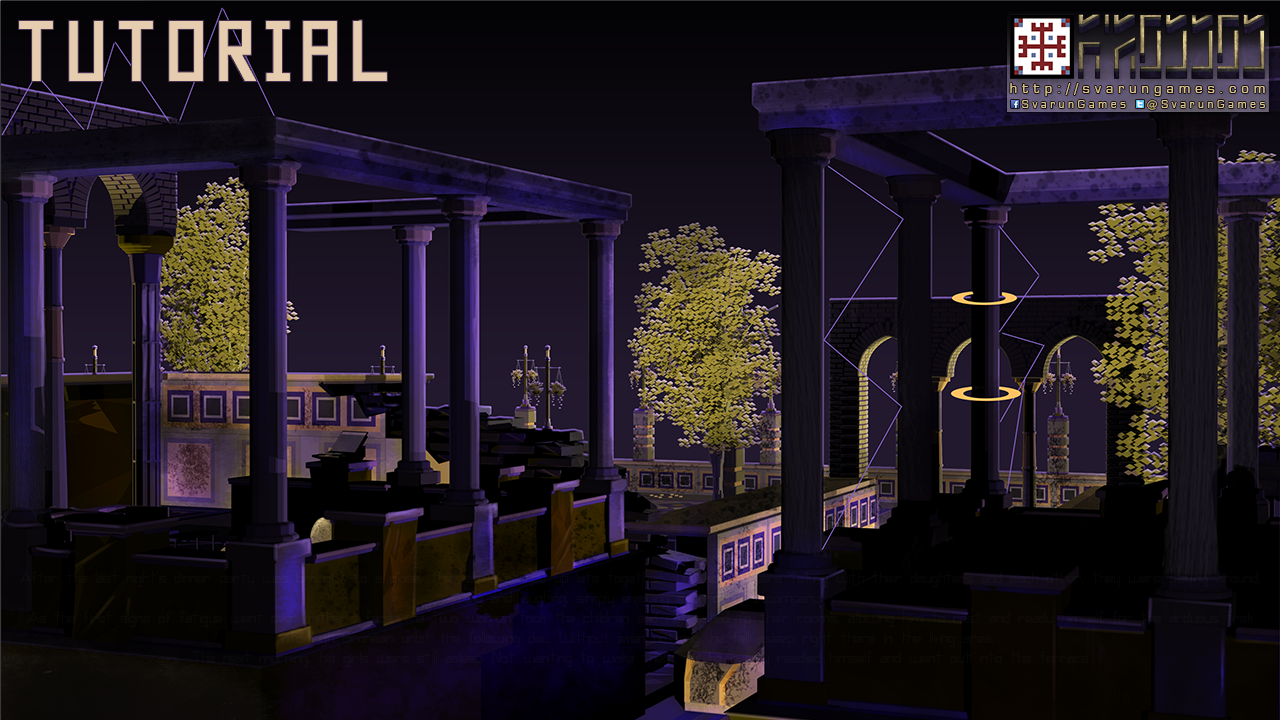 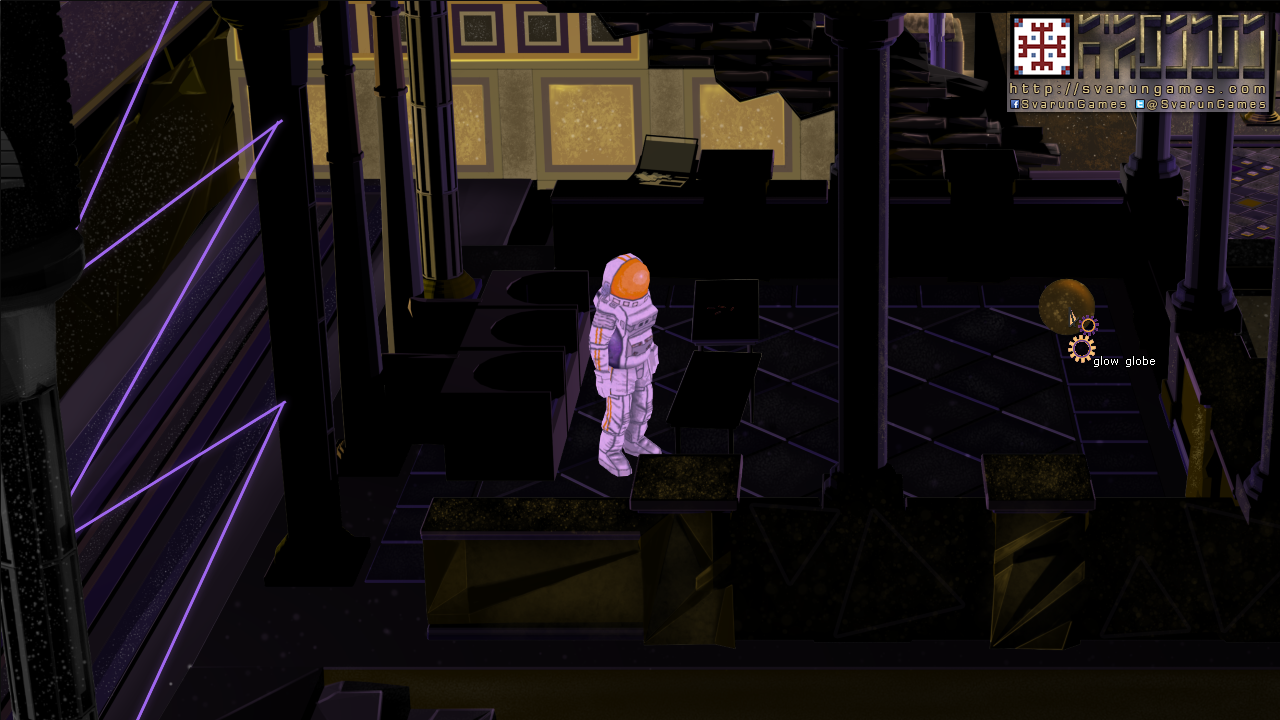 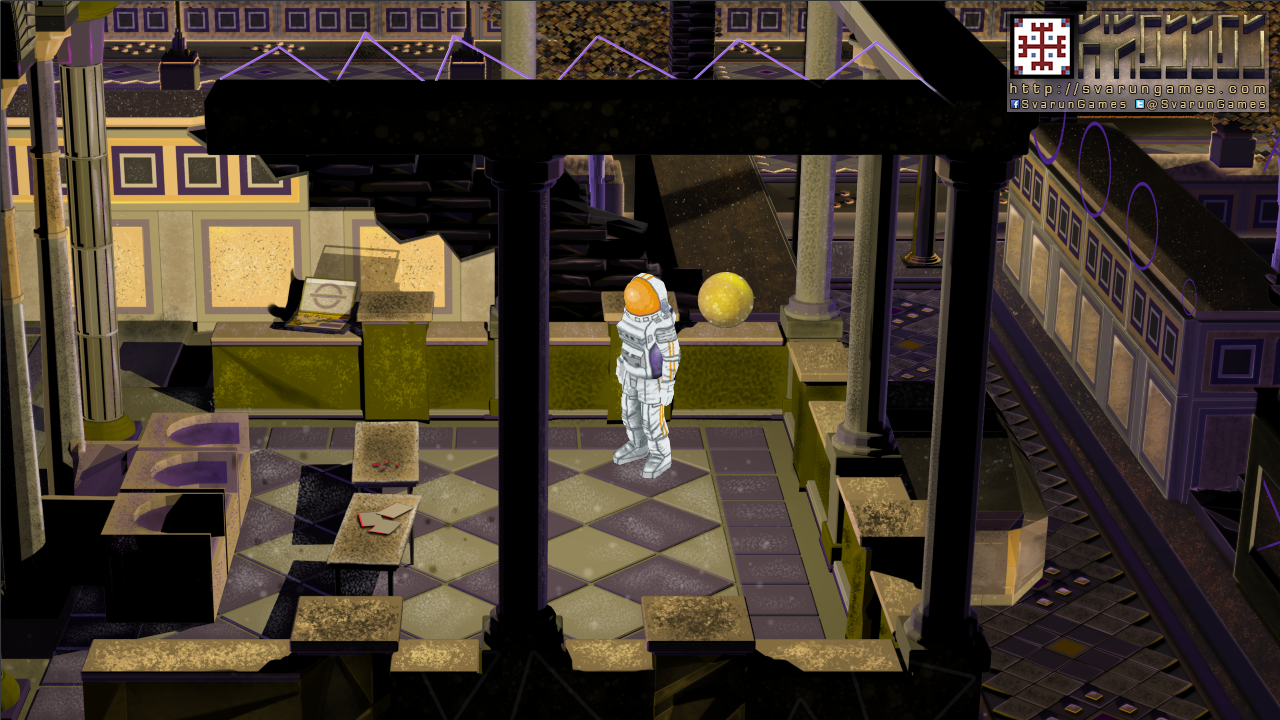 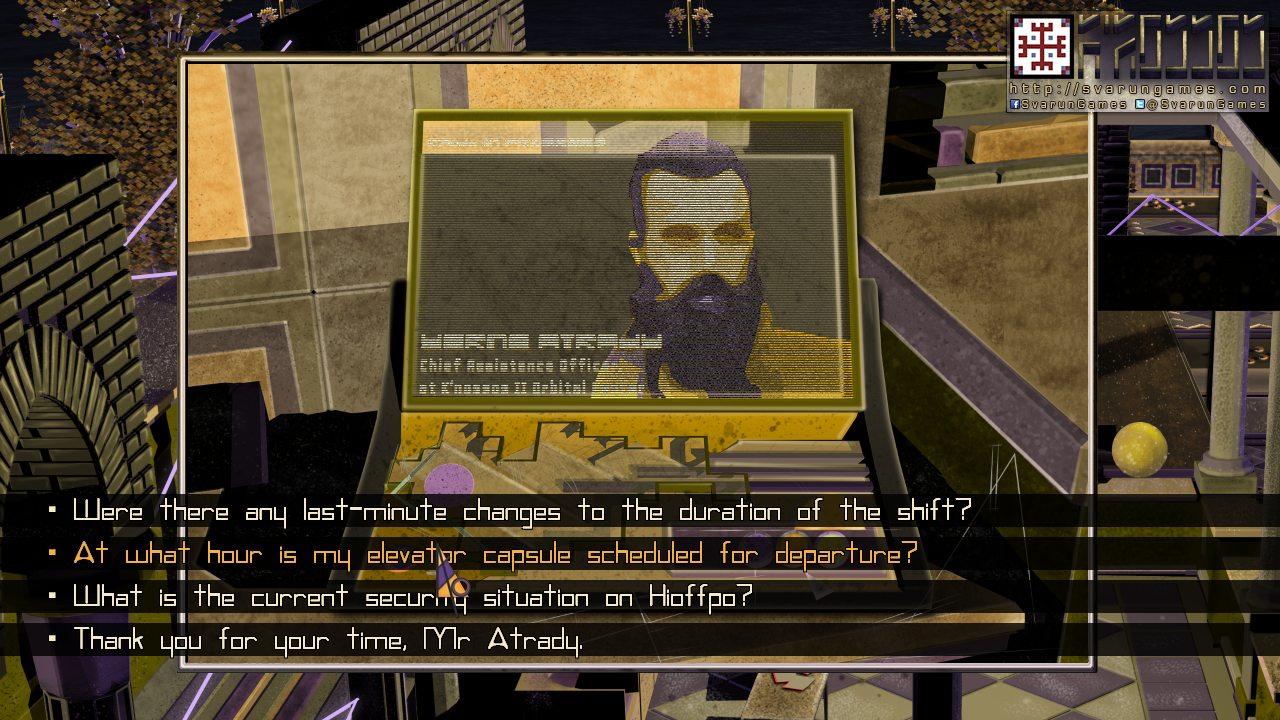 To make sure you don’t fall out of the loop even when we mess up (which we promise not to in the future), join us at Facebook and Twitter:
https://www.facebook.com/SvarunGames
https://twitter.com/SvarunGames 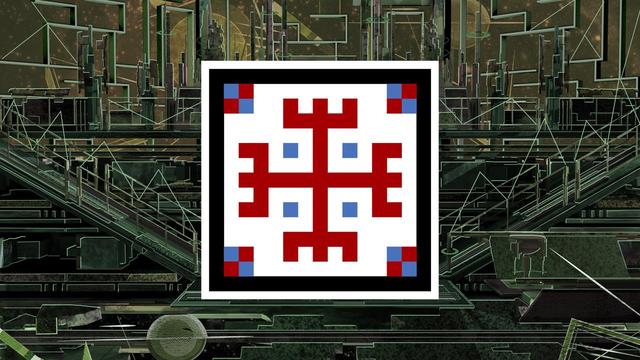 Full track is available over at our composer’s SoundCloud:
https://soundcloud.com/nikolapacekvetnic/knossos-awakening

Really refreshing to have this unique design, great work on music too.
Must play list.
Check your pm.
Thanks

Character design stands out like a sore thumb on those backgrounds consider applying
less generic approach.

@Gabe: Well noted. I actually forgot to state that character is at a placeholder stage - it is the design we wantED, but at some point we came to the conclusion that it just doesn’t fit the rest of the graphics. However, it’s beyond our budget and time planning to address that now - we are planning a crowd-funding campaign and then we will see in which way we can approach this problem best. Thanks for the constructive criticism, I really appreciate it!

@nomadsoul: Thank you very much, your reply made my day to be honest! 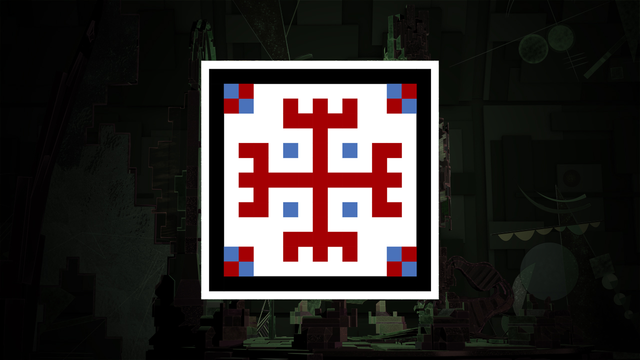 Hey there guys, another Sunday - another day spent toiling over After Effects and mixing desk getting this thing done… Enjoy!

In case you don’t like (to some degree) moving pictures, here is a SoundCloud link as well:
https://soundcloud.com/nikolapacekvetnic/knossos-cryonics 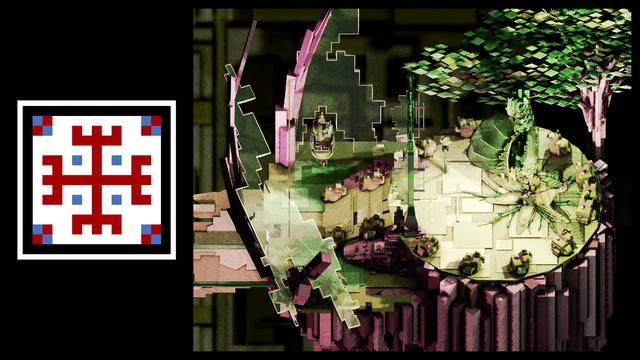 The first gameplay video of K’NOSSOS is live on YouTube! Enjoy! 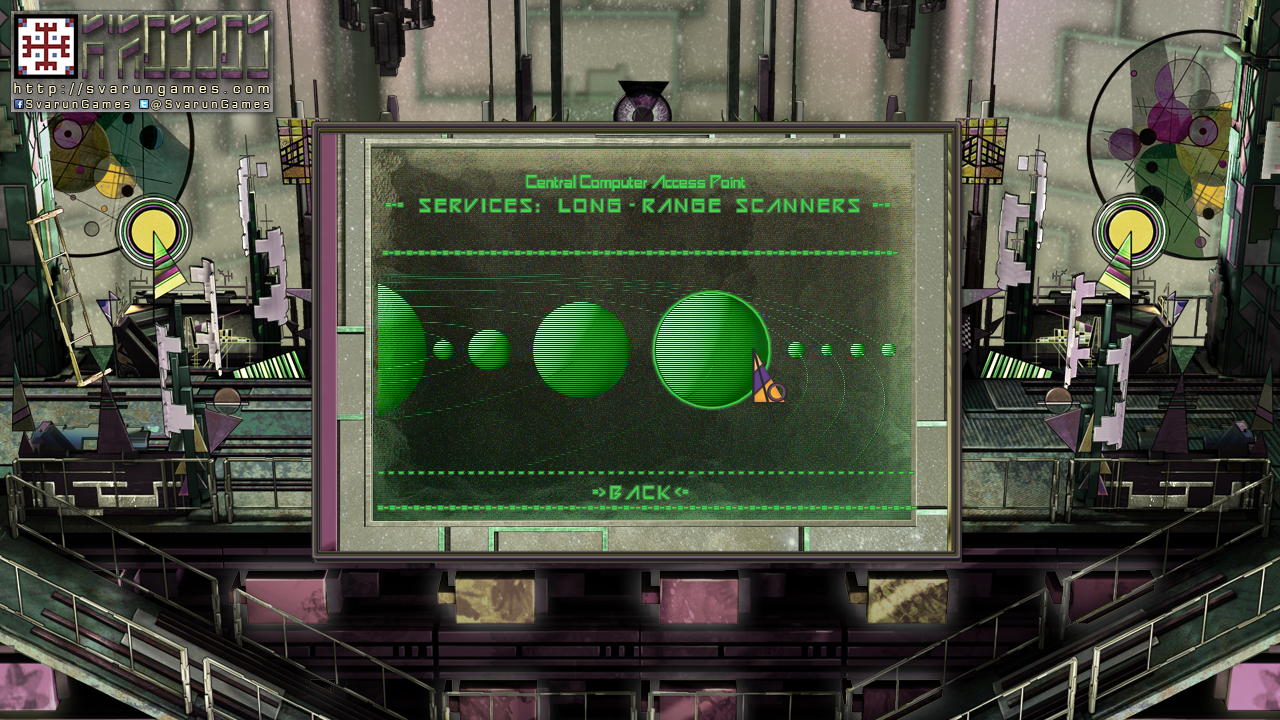 We’ve been working very hard for the past 12 months or so and hopefully, the effort has paid off:

Thank you! It was a big experiment in the visual department, hope it holds water until the end…

We had some trouble regarding across-the-board branding when we registered the company and had to shift from “Games” to “Entertainment” and thus some of the links somewhere are broken. Check out the actual site at: http://svarunentertainment.com - this one has everything right

Check out the actual site at: http://svarunentertainment.com - this one has everything right

So it does! (though I can’t help noticing the big image at the top of your twitter page still shows the old twitter name)

I need one more head apparently… Thanks for the heads-up, I’ll correct that immediately 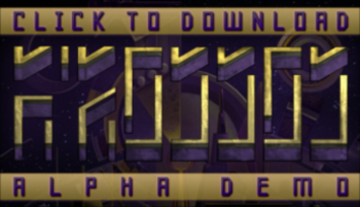 Well guize, a festive moment is at hand - K’NOSSOS Alpha Demo is ripe for the taking!

It seems our wonderful forum software (

) can’t handle apostrophes in url links, so you’ll need to either copy that link and type one into K’NOSSOS manually, or just go to Svarun’s homepage to grab the demo from there.