Thought it was time to share our next game here.

INCANTAMENTUM is our upcoming folk horror narrative-driven adventure. Explore the isolated moors of rural Victorian England as you uncover the mysteries of Hob’s Barrow.

The answers lie in the soil…

You can see the Steam page here. Please consider adding it to your wishlist as it helps so much with visibility on release, thanks! You can also download the demo on Steam! 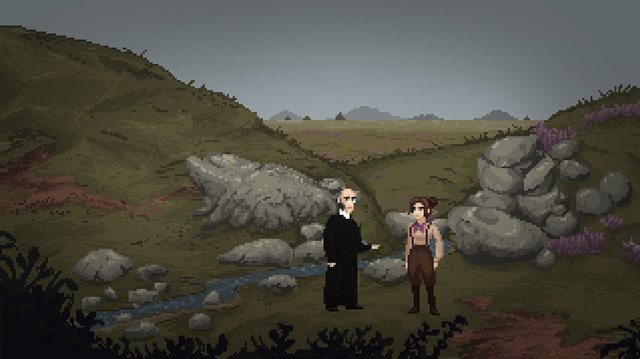 The story
A mysterious letter invites noted barrow-digger Thomasina Bateman to the isolated and somewhat unwelcoming village of Bewlay, England. A series of strange events in this ancient and sodden landscape prove that this will be no ordinary dig for Miss Bateman. 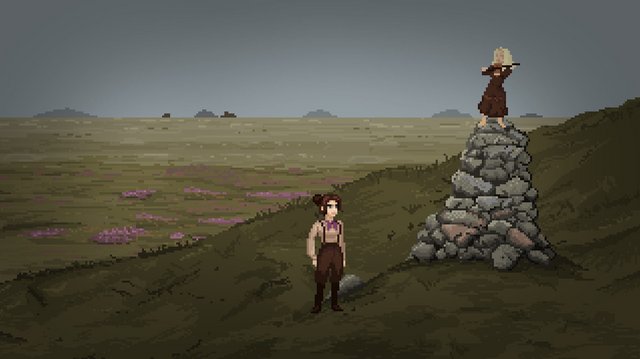 Features
- A dark, complex and evolving storyline featuring interwoven elements from real English folklore.
- Traditional point and click adventure game puzzles and interactions, with an easy modern interface.
- A cast of intriguing characters, from suspicious villagers to sickly vicars to lordly landowners, all with their own unique stories and motives.
- A distinct folk horror tone and grounding.
- Evocative pixel-art graphics, featuring cut-scenes and engaging animations.
- A suitably atmospheric original soundtrack from the musician behind the award-winning “Football Game” soundtrack.
- Fiends in the furrows, the smell of damp soil, and a cat or two. 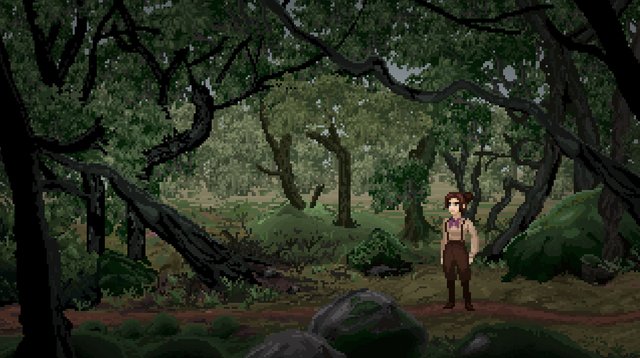 We’ve been working on this since the release of Sumatra: Fate of Yandi - initially we were aiming for a release around now but many factors have conspired against us this year. We are now aiming for a Q1 2021 release.

We recently released a demo as part of the Steam Game Festival and I’ve left it up on the Steam page, you can still download it! Feedback has been great and we are confident this will be our best game yet. The game will also be available DRM-free on itch.io and we are aiming for console ports as well a bit further down the line.

Would love to hear your thoughts.

Many thanks,
Shaun
Cloak and Dagger Games

I’ve played the demo the day it was released. This game is going to be awesome. I can’t wait to play the full version.

Feedback has been great and we are confident this will be our best game yet.

If it’s better than Sumatra then you have some game on your hands!

I’m not a big horror buff so I hope the scares are kept to a minimum, but I might have to give this a try anyway.

I loved Football Game and The Terrible Old Man, so I can’t wait for this one. I still have to play Sumatra, I heard many good things about it…

Thanks everyone for the kind comments, it really means a lot