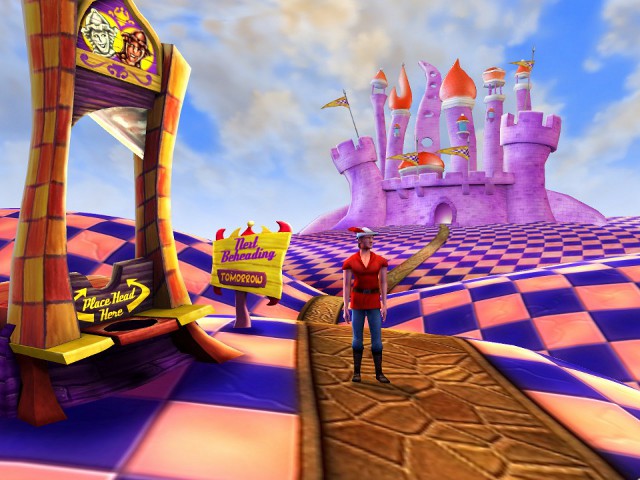 The latest chapter in the King’s Quest saga is Phoenix Online Studios’ The Silver Lining (originally King’s Quest IX: Every Cloak Has a Silver Lining, which made a lot more sense as a title), an episodic game in which Graham tries to rescue his family from a mysterious spell. The game’s ambition is definitely impressive for a free fan game, and the puzzles can be fun. It is however bogged down by some really, really, really awful writing whenever it tries to take itself seriously, which is far too often (seriously, did they steal those lines from a Fox News special on True American Heroes or something like that?!).

I gave up on the series at the end of episode 2, when I realised that episode 3 would once again involve Graham exploring the Land of the Green Isles. The reason for this was that the game felt too much like bad fan-fiction (is there really any other kind?). It feels like all it has to say is “KQ6 was great, so let’s just have more of the same!” And it has all the tropes of fan-fiction: the need to finally see the little elements that had been left mysterious in the original work (but when you finally get inside Chessboardland, as seen above, there’s nothing interesting there); the obsession with tying absolutely everything from the previous games together; and since there’s so little brand new material, the need to tack on new, artificial meanings to established elements (Ooh, there’s a dark secret in Valanice’s past. And Alexander’s. And Graham’s! And the crown of Daventry is a pointer to the treasure of the first king—oh wait, wrong fangame.) That;s really what made me lose interest.

In a way, I have a certain fondness for the fan-fictionny quality of the game. I brought back childhood memories I had almost forgotten about. When I was 10 years old, I used to make up stuff like that all the time. I thought up my own sequels to Fate of Atlantis, or the Quest for Glory games (while waiting the QfG4, and then for QfG5). But by the time I was 12 or 13, I had started to realise that all of this was terrible and that “more of the same” was just the recipe for bad stories. And so those ideas ended up in the corner of my memory where I file those things from childhood that I’m not proud of as an adult but were kind of cute because I was kid then. I strongly believe that this is where those ideas belong, not in a 5-part game released to the public…

And with this, King’s Quest Friday reaches its conclusion! Will there be a Monkey Monday in the future, or maybe a Phoenix Friday? You’ll have to wait and see!

I’ve enjoyed TSL so far. I think the last episode comes out sometime early next year, which is understandable since PO Studios has been busy with Cognition.

Aww, there’s not going to be any fridays about any of the cancelled King’s Quest games? I was hoping there would! These fridays has been so entertaining especially with the write-ups - like mini articles on their own :-)

i think The silver Lining episodes would never catch anyone at playing of the 1st and 2nd ones but it gets Better and Better with every new episode , as the fourth was really great i am waiting for the fifth, as i read at Phoenix page that that one will something BIG!

but actually who ever wanna go through them (the released four so far) must consider that the 1st and the 2nd are very casual , there almost no playing.

but i can say it is (nostalgic) nice to see the locations of KQ6 from another perspective.

I like TSL a lot. It’s got quite a nice mythology and atmosphere and I’m not bothered by the writing at all. But then I never played the original KQs. So maybe that explains it. Abnyway I do very much think they get better from ep2 onwards. The final minutes of ep3 are brilliant with a really shocking twist. So keep playing!