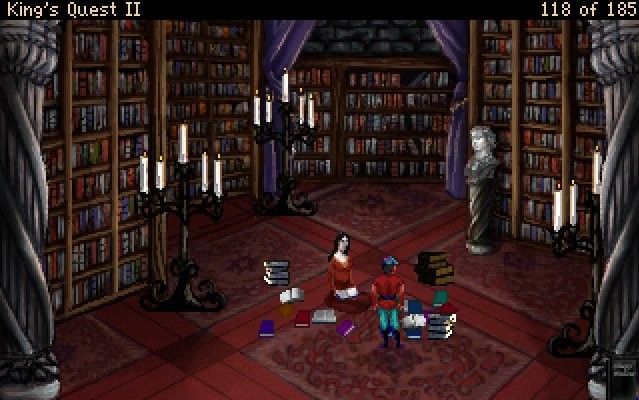 After a brief interruption, King’s Quest Friday is back! So, where were we…? After the Williamses decided to cash in on their employees’ hard work and become retired multimillionaires (getting many of said employees laid off in the process), the King’s Quest series came to its official end. But it was so iconic that it spawned various fan projects. I’m not going to go through all of them, but AGDI’s King Quest II+: Romancing the Stones has to be acknowledged, for several reasons.

It managed to take the mess that was KQ2 and to turn it into a fun, consistent game, with a world and puzzles that finally made sense and many memorable characters—including an interesting take on the story of Little Red Riding Hood. I think it was also the first fangame that, in terms of scope, design, writing, graphics and music, felt like it could really have been made by a big adventure company in the 90s.

I may not be a fan of the whole “Father” overarching plot, but to me this has become the real King’s Quest II, not the awful original.