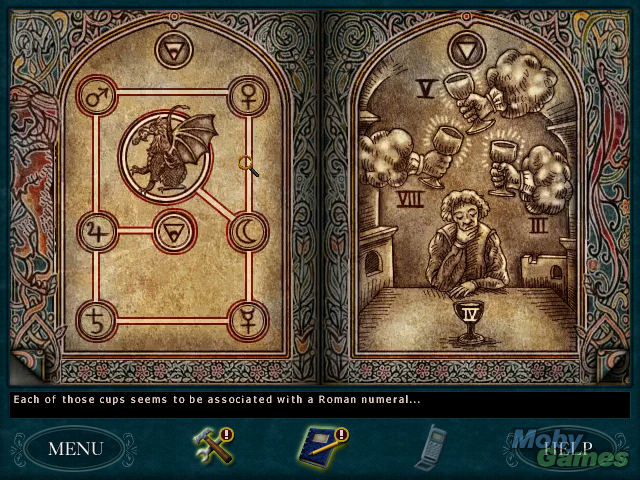 I’ve never played any of the Nancy Drew games (I don’t even really know who Nancy Drew is), but AGs says that Nancy Drew #237: The Curse of Blackmoor Manor is the best one, so there you go. I looks like there might be a fun puzzle in there.

(Some of?) the ND games are on sale on Steam at the moment (until Monday I guess), and I thought for a moment about buying a couple to see what they’re all about, but I’ve already bought far too much during this sale and so I think they’ll wait until the Winter sale.

Hey, aren’t you exaggerating just a little? There are only 226 ND games so far!

(Try to count to number of games without the words “Mystery”, “Secret”, “Danger” or “Curse” in the title.)

I think Curse of Blackmoor Manor was one of the more challenging titles. Compared to other ND games, this one had much less busy work/chores, no driving around town, and some the mini-games were actually fun. Practically everything in the manor screams ‘Clue!’ or ‘Future puzzle!’ In fact, one of the manor’s inhabitants does a lot of screeching!

The later games have the “Good News/Bad News” game-over screens, so like in Voyage, I’d always (save first and) try to kill goody-two-shoes sleuth Nancy in as many ways as possible!

(The DVD version which you can play on your DVD player is terrible. Blechh.

Are there seriously 226 games? That’s insane…

In most cases, Nancy Drew games have “average” written all over it. And they sell good.

Of course, some games in the series are better than others, and couple of them which I’m still to play earned 4 stars on AG. I’ve written about ND games and I truly think there’s a potential and quality there, but the formulaic approach often leaves something to be desired.

Only 26 games in the regular Nancy Drew series so far, not counting the remastered version of the first game (Curse of Blackmoor Manor is #11), but it sometimes feels like there are 226 titles, since Her Interactive usually releases two games each year (and yes, I’m being my usual flippant self too.

Seen one Nancy, seen them all. Formulaic, just like Diego said. The target group is girls in their teens and it shows. Those cheerful friends of hers she can always call for sensible advice… and always zodiac symbol thingies to open some music box or secret drawer… yawn.

I’ve played a few and quite liked them but I agree that ND is a bit too much of a goody-two-shoes. I for example would have enjoyed immensely if in the crystal skull game she would have thrown the goth guy to the table and went for it

Never tried any of the Nancy Drew games. *shrug*