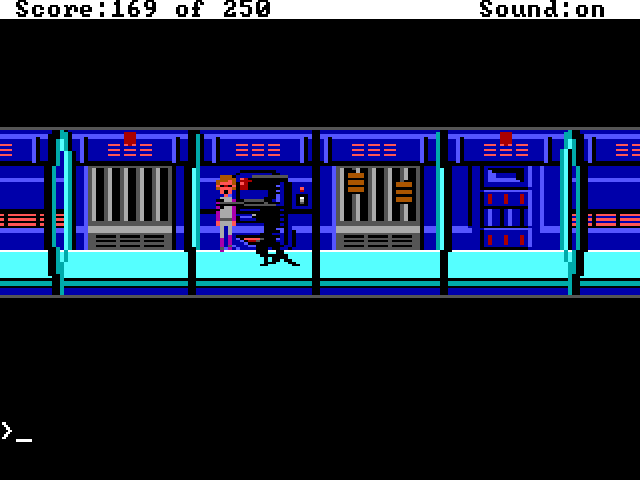 I loved Vohaul’s Revenge it was my 3rd or fourth Adventure to ever play!
i enjoyed the IA remake as well!

I’d say on the contrary. The most memorable aspect of this scene is how unfair it is. As far as I can recall, it took up to a few minutes before the alien was “born” so you could easily screw yourself over by saving your game after the kiss. I think they shortened this duration considerably in the recent remake.

Granted, if you’d played that far, you should probably know what to expect. But SQ2 was the first game in the series that I played, and probably ten years before I saw Alien for the first time. I barely knew English and I was more or less constantly ALT+TABbing between the game and the walkthrough. This is one of few adventure games that can be difficult to complete, even with a printed solution on your lap! Aw man, now I just reminded myself of the tentacle plant maze.

But despite all this, I have very fond memories of the game.

I too enjoyed the remake from Infamous Adventures. The actor portraying the narrator and Roger (I think they were done by the same person) is especially impressive. IA still has a long way to go to match AGD’s level of quality, but they probably have the potential.

Thanks for putting these up, Kurufinwe. I hope this can last for a while.