I am not really sure DCast if you are talking about the bottle destruct from distance,  or the sneaky stealth chest situation. but whether this or that i find them fair, esp. the artifact; that the game design allows you fuckup and get the wrong one, then gives another chance to get it right.
how cool is that!

that the game design allows you fuckup and get the wrong one, then gives another chance to get it right.
how cool is that!

Sorry, definitely should have been more specific - was talking about a bottle destruction . For some reasons it didn’t even occur to me it’ll be more than one of this puzzles within the same part we’re playing…
I generally like when game allows player stuff like that, hence me not being sure whether I was annoyed or impressed

. Overall I’ll settle on fair because I should have actually listened and paid attention to a Geron’s complaint.
How does a game allow you to mess up here? I think the right solution was the only solution as far as I reremember…

How does a game allow you to mess up here? I think the right solution was the only solution as far as I reremember…

it is about the artifact/accumulator, not the bottle if you didn’t cast odem/arcanum spell in the dormitory, you can easily get fooled that the artifact is the one sitting on the desk next to the novice, and the game will let you snatch it with the novice noticing, but you will only know its fake once you show it to Bryda

Ok, I’m finished. I thought this chapter was fairly long and had some great moments, like the barmaid’s story or the ending which felt pretty creepy. The story has a very nice flow, mixing investigation and Geron’s personal problems, it’s great to return to the town and explore several new corners. The world feels fleshed out, full of small details (the whole pig “fetish” of the devs is amusing, like the roasted pork in the inn or the pig with tiny pigglets on the street) and even some social criticism (“He doesn’t look like from these parts. He is dressed too cheerfully and he is too clean!”). And yes, I like the music now, especially the one playing in the Academy of Magic.

And I really enjoy the whole focus on magic so far. While in the first game it was pretty much the break/repair spells (and they still manage to find original ways to play with them, like the wine barrel or that nasty guy from the Academy - did anyone cast them on the window, just for fun?

) here there are already the revealing lens, the listening-to-stone artifact, the thing we steal from the Academy and probably my favourite moment with the way you get the ruby. A fine example of smart puzzle design when you reveal the solution step by step. And you come to it using pure logic, not everything on everything.

There were some funny moments, like getting into the investigation scene or questioning the group of RPG characters

“A Thorwalian, a lumberjack and a… whatever he is supposed to be”. Not really sure of what to make of the young investigator so far, she doesn’t feel as interesting or epic as Sadja did, and I’m afraid the comparison is inevitable as long as she accompanies Gerom. Hopefully there’s more to her character.

it is about the artifact/accumulator, not the bottle if you didn’t cast odem/arcanum spell in the dormitory, you can easily get fooled that the artifact is the one sitting on the desk next to the novice, and the game will let you snatch it with the novice noticing, but you will only know its fake once you show it to Bryda

I actually showed it to the shadowy character in the library first, and he told me it’s a fake. I brought it to Bryda anyway just to see what happens)

I’m afraid the comparison is inevitable as long as she accompanies Gerom. Hopefully there’s more to her character.

Ok, done as well. Ready to go for the next one!

As far as fake artifact - I got both at the same time, thought maybe we could keep one for ourselves, hehe… You live, you learn.

I liked the “Group of Heroes” puzzle too, it’s just that I though Thorwalian was a woman (STILL looks like one to me), so when he started speaking I was caught by surprise

Since I didn’t play the first game it’s really hard for me to understand why is Geron pulling all the stops for Nuri; right now she just seems lukewarm as best, as a character (which I keep writing off on the fact that she’s a bird), so maybe I get to see how awesome she is later.

Also not a big fan of Bryda for now, because I don’t really like people who boss around others from the get-go, but at least she seems to be smart and not blindly following the path of the older mages, so maybe it’s a matter of time…

Loved the ending in this part - unexpected and weird!

Your Honour LadyK, have you reached the verdict, uh! i mean chapter III?

Niko, have you progressed anyhow?

Crabapple, where are you now?

I haven’t gotten into chapter 3 yet, Advie, but hope to make some progress tonight.

The part with the tree with the eyes at the end of the chapter was creepy. There’s a lot I don’t remember about this game, and I didn’t remember that.

no, doest, only the spell needs to work on one thing you know what it is, and about not moving were you click exactly, its no a bug, there a route for his movements which are in straight lines horizontally and vertically like i.e in a maze or so, maybe they thought this way they would help the player’s mind not to go so far into stepping were it won’t be a help to the puzzle. it has some trial and error quality but with the spell, you cast and you knew where you need to go.
its kinda seems to me like a board game we used to play when i was very young, we called The ‘Ladder and the Snake’, where you and the other player need to reach a certain spot on the board, but there is only one route that is which you have to discover to get you there.

No pressure LK and Diego we still have 2days. 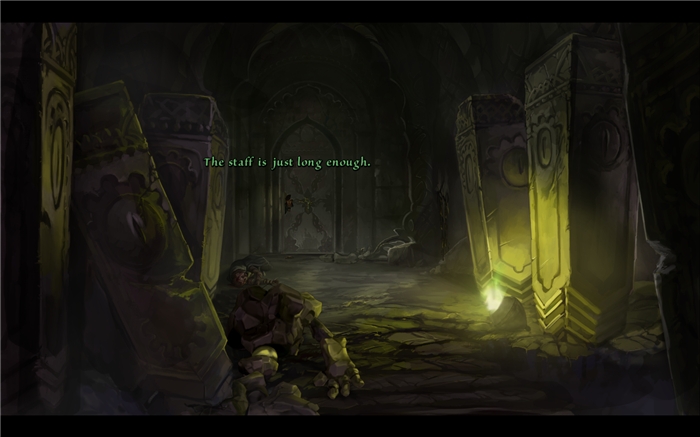 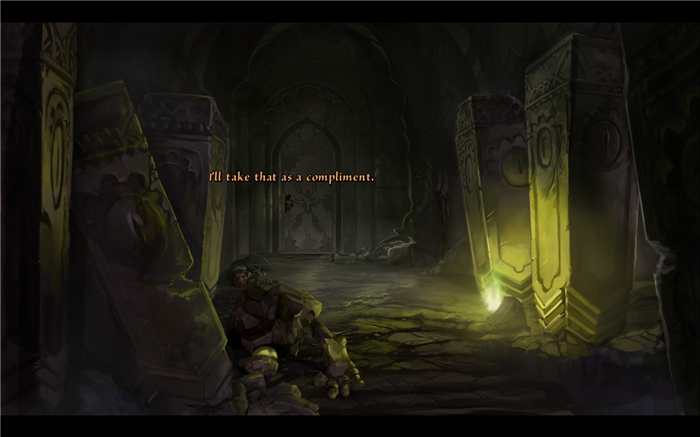 Now that was brilliant!

It’s amazing how the game suddenly lifts up in terms of puzzles in this part, and with the use of the Guardians!

Also, anyone else reminded of the Voodoo Lady scene from MI in this room: 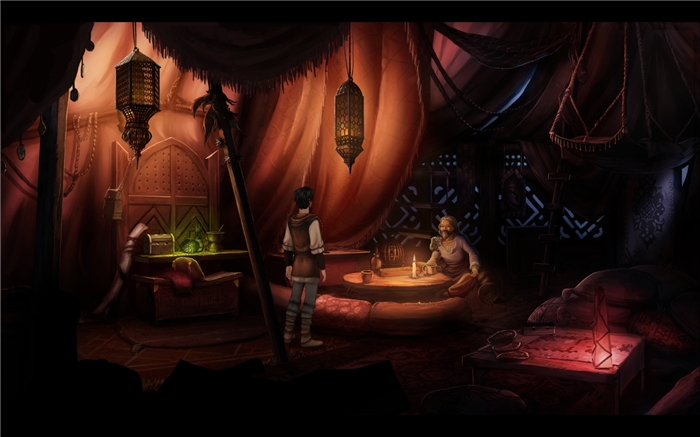 maybe bc they are both middle-eastern I guess, lol
but the truth is that you can’t escape monkey island when making adventure games.

how is chapterIII, did you start it? did ye get control over Geron again?

I am making Memoria: The Movie. i have finished part one, which is chapter I & 2, (i am in editing fine-tuning now) i will post it today.

And as I finish part two; chapter III, it will be a nice recap to ye all, mostly whom had finished their parts a bit early, waited… and might need to give look back into what has been done, to get them going again, with the same enthusiasm.