New World of Warcraft Mists of Pandaria cinematic.Opinions and expectations…

Whoever came up with the idea deserves some trolling award.

Looks awesome. Blizzard always made the best cinematics. I’m sure it’s another great expansion but I’m done with WoW. I do miss it sometimes though.

I’m pretty done with wow too, I was thinking why not to come back for a little while and see if Blizzard can make something interesting again. But this cinematic looks like some kind of parody (kung fu panda) because their cinematics was always dark.
We will see.

Not really, the first cinematic was just races fighting and the point being to show that there was a war and to show off the classes. Burning crusade had a lot of jokes through-out its cinematic and then the lich king was serious.

I don’t understand people who dislike the pandaren, they must be new to the series as they were featured in warcraft 3 as an april fools joke. I also don’t understand the animosity towards them when they were first introduced, everyone loved them to pieces. But now since kung fu panda has came out those not old enough or whom didn’t play warcraft 3 are basically “wtf are these?”

Although I can understand if people who started playing around wrath onwards dislike them because the style and story in wrath and cataclysm were dark and serious but Warcraft isn’t always dark and serious. It just happened that those 2 expansions cleared up the 2 darkest characters of warcraft.

With wrath blizzards numbers were boosted significantly so there have been a whole host of new comers who are used to the dark style and the set up of having to fight your way up to a big bad who is unrepentant evil at the end of the expansion.

Original Wow and burning crusade weren’t like that, it was a mystery who was really pulling the strings, no-one knew ragnoross was behind the dark irons people just knew the dark irons were up to something. The land was filled with puns and jokes and based more around exploration and just checking out this new world rather than trying to save it.

I also don’t understand why people have a problem with pandas, okay so it is bad to have pandas but fine to have massive cows?

I personally think this will give us a break from the oh no! world is being destroyed! era of wow and back to the style of what wow was originally. It’s a breath of fresh air to me after 2 very poignant expansions, I’m looking forward to it I haven’t played wow in several months but that video made me want to play again. So see you in several months guys haha! 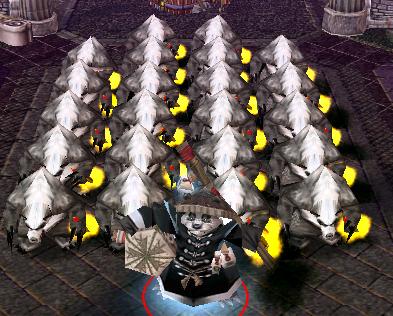 You missed my point ant thank you for info but I watched all cinematics many many times. I dont have problem with Pandas but I now that wow will newer be the same.

Fair enoughs, I think it will be the same. People have claimed that it wouldn’t be the same when gnomes were introduced as a race in vanilla. When they announced that Illidan was the villain of tbc, when arthas was said to be the villain of wrath, when deathwing was announced. People cried out “you are killing off all the great characters/villians of warcraft,” the amount of outcry pre-vanilla “Gnomes? wtf is this do they think this is a joke?.” And the huge amount of outcry when illidan was announced as being a major villain after previously just being an anti-hero.

So I’d have to disagree with you because having been playing warcraft since number 2 I’ve heard all your complaints before and they always end up being based around assumption and end up being unfounded. By assumption I mean you haven’t played the game yet, “but you know that wow will never be the same.”

Right, Baal. Well, at least you’ve got George Lucas’s motto to a T: if it fits the lore somehow, let’s put it in.

Ok, never mind, everyone have different opinion as always.

Edit: Not a reply and jana but to tia
And yes everyone has their own opinion, I’m very optimistic about mop because I can’t wait for wow to bring some humor back into the world

It’s not that but with the end of cataclysm, they have basically stopped all immediate threats endangering azeroth. So it makes sense for them to enter a brand new world in this expansion. It’s the same exact arguments people gave when tbc was first announced, “what drainei for Alliance and Elves for horde? wtf is this?”/“We are going to outland what the hell is this?”/“Illidan is the villain? Warcraft will never be the same again!.” And what happened? tbc is now viewed as the best of the Wow era.

I’m not saying if it fits the lore put it in but I just don’t see the point in being cynical and repeating what has been said for every somewhat controversial choice blizzard has made. Especially when it is based on an assumption and even though the vast majority of skeptics and critics of this expansion have came back and said “this is looking to be a fantastic expansion after having played the beta.”

Now I could completely understand if people were saying the beta was utter crap but they aren’t, sure there are gameplay mechanics that need toned up but from a lore/quest/world point of view the reviews have been over whelmingly positive.

Are you really that blind to this highly unoriginal and desperate move on ActiBlizz part to keep it’s ever declining player base?
By patting them on the back, even knowing the patch release date and them being available for both factions and etc., makes you just as bad as them—worse even, because you keep their anachronistic P2P model going full force.

They could make flying poo into something fun: it’s still poo.

Explain how it is unoriginal? Then tell me your favorite expansion.

But number 1: you didn’t address any of my points

“By patting them on the back, even knowing the patch release date and them being available for both factions and etc., makes you just as bad as them”

number 2: I can’t really tell what you mean by this? the sentence doesn’t really make any sense.

And explain how you their p2p model is anachronistic?

I honestly can’t tell what you are talking about at all.

Q1- Doesn’t matter at all and big humanoid pandas that know martial arts living in a so-called fictional land reminiscent of an ancient chinese village; only brought back from limbo to lure dumb nostalgia-seekers and children.
Q2- August 28th it’s when GW2 comes out, and, well, you know, maybe, I dunno, maybe, just maybe, a freaking lazy move?
Q3- No, think.

Man… the point just flew completely over your head, didn’t it?

Ugh. Please just apologise for making me waste time explaining stuff you could’ve just—at least—googled so I can leave.

And here I thought my user name was annoying.