I must admit, I’ve never played live pinball as much (I remember only few tables I’ve played - Judge Dredd and Indiana Jones), but when it comes to computer pinballs, I’ve always loved to have some tables ready on my hard disk and spin the ball occasionally. It can really come relaxing after that long frustrating puzzle in an adventure game!

(though, pinball can be just as frustrating

I’ll draw your attention to my favorite pinball video games, and to a great free pinball software which serves as a host for playing thousands and thousands of tables.

Ever played that pinball game that came with your Windows?

- Alien Daze - you play as aliens, and need to abduct humans and such

All three tables feature good-enough ball physics and tasks to complete, along with a great voice acting. It might not be the “richest” pinball out there in terms of graphics, ramps, lights… but gameplay-wise, I’ve seen nothing like it. It almost feels as an adventure, with the mad scientist collecting parts for a monster or those needed to brew a potion.

You can see some gameplay here and here.

If you’re even remotely interested in playing pinballs, you MUST have these two free 3D softwares. The thing is, they’re so popular among the pinball fans that there’s TON of free user created tables, some of them professionally-done and recreating the classic live pinball tables. There probably isn’t a pinball machine you can think of that hasn’t been recreated - The Addams Family, KISS, Indiana Jones… and there’re of course original tables, like Escape from Monkey Island

Now, I haven’t played all of them (LOL!

), but I’m sure the tables developed by Blindmankind Pinball rank among the best (and I’m counting commercial releases as well). For these tables, you’ll need Future Pinball software, and then you can download free any of the three tables: 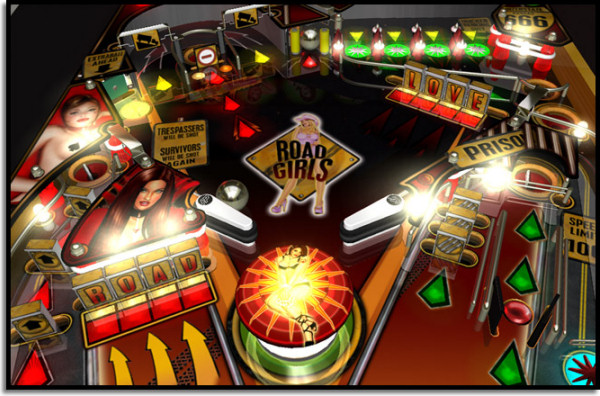 Three Angels - Haven’t played this one yet.

Not a big pinball fan (also never played a live pinball), never heard of the games you mention (except for the free Windows one). All my pinball in games belong to the Pinball Fantasies on the Amiga. It had 4 tables but I mostly played Partyland and Stones and Bones. 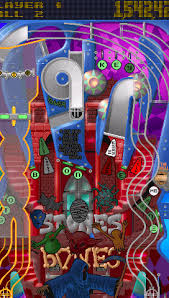 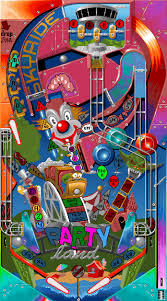 Last year I got the PSP version, still a fun game.

Oh man, I loved Pinball Fantasies! I can’t remember how many hours I’ve spent playing it (on PC) – especially the 2 tables you mentioned (the racing one was garbage, and the game show one was weird).

(GOG is still selling it.)

Cor, that’s a bit of nostalgia there. I only had a demo of that Partyland table but I remember playing it to death back in my teens, and I seem to remember back in the days of having no soundcard, it had digital music over the internal speaker.

More recently I’ve played most of the Pinball FX 2/Zen Pinball 2 tables, and a bit of Pinball Arcade.

The only real-life pinball table I have any real fond memories of, was a Bugs Bunny pinball machine. I’ve played plenty of others, but that one stands out as the most fun.

I’ve played a lot of that Windows pinball (your first screenshot) as well. Once had a small competition with my dad (who used the same computer) to beat each other’s high score. I won.

I haven’t played a lot of PC pinball (nor real-life pinball) since, apart from checking the free pinball game that was included in my Windows 8 on my laptop.

The pinball game that I spent by far the most hours on, however, was not a PC pinball game, but a SEGA one. It’s the one that was included in ‘Casino Games’ for the Master System. It was a very basic pinball game, but it was loads of fun.
And I had a competition going with my dad as well back then. I won. I have fond memories of Epic Pinball (13 tables on the CD version). In general design, it’s very similar to Pinball Dreams and Pinball Fantasies, which I didn’t own, but it has unique tables in its own right, including the impossible madness that is Enigma. I also played a fair bit of 3-D Ultra Pinball, but didn’t enjoy it quite as much as Epic Pinball.

More recently, Farsight Studios’ Pinball Arcade is very good. It’s expensive because they had to pay for all the official licenses for real tables (involving pinball manufacturers, movie tie-ins, actor likenesses…) but it feels authentic and is full of loving details.

The free download from Steam includes the Tales of the Arabian Nights table, but actually you can try playing all the tables for free (including ones like Star Trek: TNG, The Twilight Zone, and Terminator 2), there’s just a score cap unless you actually buy them. Since I’m not that great at pinball, that means I still get to enjoy fiddling around with a bunch of cool, vintage tables.

My favorite pinball game by far in the old days is Psycho Pinball by codemaster. Awesome pinball game especially with the animated graphics at the bottom and the mini games.