Willy Morgan and the Curse of Bone Town hands-on preview

It's time to take an early look at a point-and-click adventure featuring mystery, comedy and long-lost pirate treasure that, despite what you might be thinking, isn't the latest Monkey Island title. That said, Italian developers imaginarylab are clearly fans of the LucasArts classics, and Willy Morgan and the Curse of Bone Town wears its traditional roots like a badge of pride. You'll find yourself racing all over the titular town tracking down quirky objects, committing all manner of minor mischief, and getting to know its eccentric residents along the way. Based on my experience with the prologue and first act, we're in for an interesting blend of vintage and modern, with highly polished graphics and music layered on top of what is, at its heart, a surprisingly conventional adventure experience.

Even though the teenaged Willy is the son of two famous archaeologists, both prone to dashing off around the world in search of mysterious artifacts at the drop of a hat, Willy himself has always been more the shy retiring type, preferring school books to exploring. Today, however, on the tenth anniversary of his father's disappearance, all that's about to change. His father, you see, was hot on the trail of the infamous pirate Captain Kidd's long-lost bounty when he vanished in nearby Bone Town, and a letter has just arrived for Willy telling him to come to the ominously named Dead Man Inn, where all will be revealed. Even as a committed bookworm, how can he turn down the chance to find out what happened, and maybe nab some sweet pirate loot while he's at it? First, though, he'll have to reassemble his bike, which has lain unused so long that the parts have found all manner of household uses. Graduation can wait; it's time to set off on an adventure! 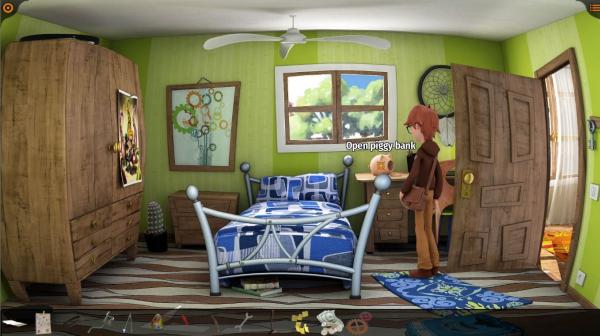 As mentioned, the graphics here are a particular delight, taking a detailed and largely realistic prerendered 3D world and giving it a cartoonish twist, with bulging buildings, bowing bookcases and odd angles everywhere. The opening cutscene in particular could be the prelude to a Pixar movie, with its swooping views over the endearingly wonky modern city where Willy lives. A lot of love and attention has clearly gone into creating a world that's at once recognisable and yet delightfully off-kilter, which is reflected in the skewed perspectives and weird proportions.

Where Willy's home is almost normal, Bone Town is a curious place, seemingly having become trapped in the past while the modern world crept up around it. The moment Willy staggers into the inn, having crashed his still-not-entirely-roadworthy bike outside, it's clear this is the sort of place where Guybrush Threepwood or Jack Sparrow would feel totally at home, sloshing back the grog and singing bawdy shanties. You almost expect the barman to have a wooden leg and an eyepatch. Head upstairs, though, and you'll find signed photos of Christopher Walken and (just past the suspicious stain on the carpet) a comfortable-looking bedroom – just with a bell rope rather than an intercom, because all this modern-day stuff only goes so far. 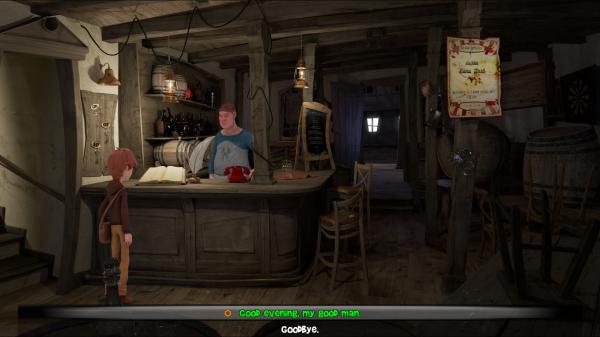 After an eventful night, exploring the rest of the town the following morning reveals a similarly eclectic mix of ancient, run-down shops and occasional attempts at modernisation. The whole place has the feel of a western frontier town that grew out of clusters of ramshackle Elizabethan wood-beamed buildings, leaning perilously close to each other in places. The dilapidated remains of a fun fair rub shoulders with a psychedelic music shop run by an ageing hippie, while the town blacksmith alternates between shoeing horses and repairing cars. He's not the quickest mechanic on the block: a passing motorist wound up waiting so long to get under way again that he stayed and decided to set up an amusement arcade masquerading as a bar. The arcade, with its vending machines and 3D printer, is one of the few outposts of modernity in this town that time forgot. That said, there are oddly brand-new and shiny copper gutters everywhere, installed by the mayor (your father's childhood friend) as a cheap alternative to replacing the failing water supply.

The soundtrack is nicely varied, ranging from gentle harpsichord melodies to a bouncy carnival feel, with some funky bass grooves for the hippie to chill out to. So far, only the prologue (with Willy at home alone) has been voiced, but Willy's actor does a pretty solid job. The characters’ English is more than a little quirky – often oddly formal – which took a bit of getting used to, but over time it just added to the feeling of being somewhere new and strange. 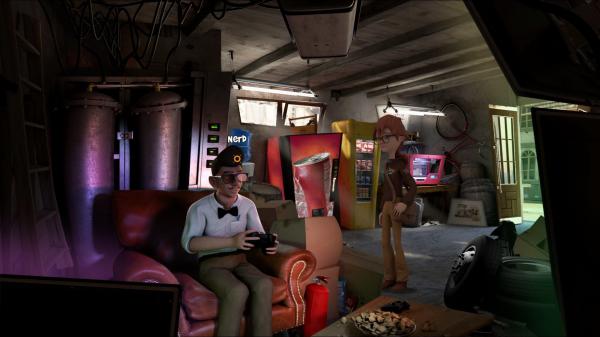 So far so 21st century, but underneath the high-res graphics and crisp music, Willy Morgan is as much of a blast from the past as Bone Town itself, just without the need to stay upwind of the sewage smell. Everything's reassuringly familiar, starting with the interface: you left-click to interact, right-click to look, and your inventory runs along the bottom of the screen (being hidden until revealed with a keystroke). Then there's the map, given to you by the innkeeper as a much appreciated guide to the town's meandering streets and a quick way back to the places you’ve been. There's even a save system with all the slots you could want, though the lack of an autosave feature might catch out those used to just continuing where they left off. Finally, pressing space will highlight all the available hotspots.

This classic sensibility also extends to the puzzles, which send you on a convoluted mission to uncover the fate of Captain Kidd's ship and crew. Along the way, you'll find yourself getting up to all sorts of high jinks, from sending the innkeeper off on a wild goose chase to tricking a restaurateur and forging your family tree. Not to mention struggling to obtain five cents for some sweets and vandalising the local church. (It's just as well it’s all in a good cause, really, otherwise he'd be run out of town!) Based on the first act at least, these tasks strike a good balance, being tricky enough to be interesting without requiring hair-pullingly left-field solutions. Despite the comic plot, there's little cartoon logic here. There's also no hint system as such, but there are some subtle clues scattered about to point you in the right direction and make connections between seemingly unrelated areas. 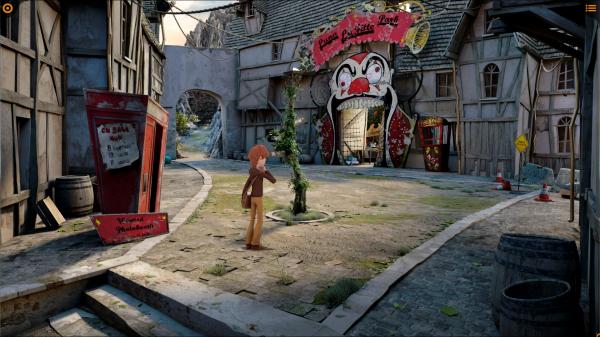 The preview version ended on quite the cliffhanger, and that left me wanting more, which is always a good sign. After a slightly slow start, with a bit too much pottering at home and not quite enough tension, Bone Town really started to grow on me, with its endearingly oddball denizens and wonky architecture. Aside from the pantomime villain of the piece, the people you meet are full of odd enthusiasms rather than malice, with one devoting his life to finding someone worthy of eating his great-great-grandfather's delicious cookie and another neglecting his pharmacy to develop a new soft drink. Even with some slapstick and a few pratfalls, the experience is rarely laugh-out-loud funny and more light-hearted. I wound up smiling rather a lot during my three hours in Willy's company, and found the innocence and lack of sarcasm pretty refreshing. The story also does a good job of slowly drawing you in to the underlying mystery and fleshing out the characters while still leaving much unexplained. From Captain Kidd's boozily artistic map-maker Raleigh to the surprisingly bookish fisherman-cum-pirate Teach, a picture emerges of a motley but interesting crew.

Willy Morgan and the Curse of Bone Town is shaping up to be a well-crafted slice of point-and-click adventuring, something that has become increasingly thin on the ground lately. And where other developers might lean in to that classic sensibility with retro pixel art, here instead we get lusciously detailed stylised graphics and an original soundtrack. It's both refreshingly unusual and entirely traditional at the same time, and I look forward to setting sail when the full voyage releases on the 11th of August.