continue reading below
»   Home  /  Articles  / Reviews  / The World After review

The World After review

Adversity inspires art. This has always been true, and the COVID-19 pandemic is no different. From topical street art to an impressive collage depicting a nurse in a mask, to full feature-length movies like Songbird, we’ve experienced a period where lockdowns happened on a global scale and affected the daily lives of everyone, including artists – painters, filmmakers and game developers alike. The World After, a French FMV adventure with basic point-and-click elements brought to us by Burning Sunset, offers a sci-fi spin on a pandemic tale. It has a brief and pleasantly engaging story, but barring the idyllic setting there’s not much else that stands out about the experience.

The World After is set mid-pandemic and tells the tale of Vincent, who has escaped the dreary lockdown in Paris and rented a house in the French countryside in order to focus on writing his book. However, he’s soon distracted by a strange note pushed under the front door with a picture of a local site called Bear Castle. With his curiosity piqued, Vincent sets off to find and explore the ruins.

In the old castle he discovers materials left by the shady-sounding Third Eye Corporation, including some instructions to go to the ‘Tannhäuser Gate’ in case of any problems, as well as a portable button. Upon pushing the button, Vincent is suddenly transported in time to the middle of the night, still in the same place but now surrounded by darkness and facing a monster called the Nightwatcher, a creature (looking very much like a man in an unconvincing Halloween mask) who has been plaguing his dreams. Another press of the button and it’s back to daytime, leaving Vincent wondering what on earth is going on. 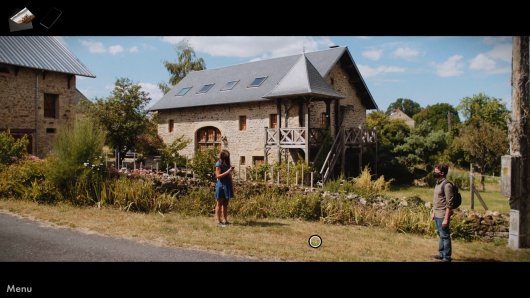 From that point onwards, you can shift back and forth between day and night using the red remote control at the top right of your screen. Some objectives can only be completed away from prying eyes during the day, but Vincent mutters that it should be safe to explore the village in the dark, as the Nightwatcher won’t enter it. At least, that’s what he believes.

The premise is enough to draw you in, but it’s all over pretty quickly without an awful lot of explanation, even if you find all of the QR codes dotted around the village. These codes unlock video clips that gradually reveal more about the Third Eye and the work they were doing, guided by the visionary inventor Dumas. Originally capitalising on the sale of masks and helping to find a vaccine, it seems a more sinister agenda involving experiments and a lust for immortality eventually developed.

It should be noted that partway through The World After you’ll be offered a crucial choice (the only choice, in fact, with the exception of another right at the end). Make the ‘wrong’ one and you’ll be on a trajectory to one of the game’s two bad endings, which is unfortunate as it’s not at all clear which option will take you down that road. The third ending is the good one, and clearly the ‘true’ one, but you’ll need to replay the game from the beginning and choose the other alternative in order to see it. Given the short length of a single playthrough, it’s worth doing if you want to really understand what’s happening here. (Should you happen to get the best ending the first time around, there’s far less benefit in replaying to see the others.) You’ll unlock a bonus game if you play through to the intended outcome, which is a Japanese-style visual novel version of the core experience. It’s a nice touch, although at that point I’d already played through the story twice and didn’t really want to repeat it a third time. 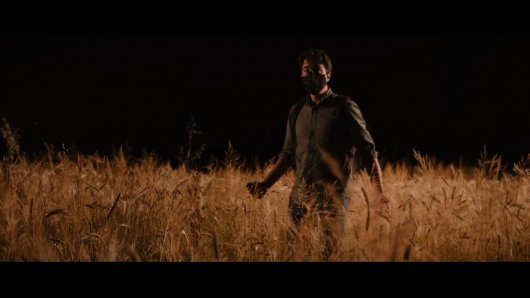 The game’s original language is French, and there are a few options for subtitles and voice-overs; you can choose an English dub, or keep the French audio and have subtitles in English (or several other languages). Since you and everyone in town are wearing virus masks most of the time, the dub probably works better than it would have otherwise. The quality of the translation is also fairly good, with only a couple of spelling errors I noticed.

Though the English voice acting is generally okay, it is somewhat lacklustre when compared to the French. This is particularly notable when Parisian actor Jean-Claude Dreyfus – best known for the black comedy Delicatessen – makes an appearance in several of the mysterious video logs scattered around, as the English dub really lacks the eccentric passion that Jean-Claude radiates. The difference is even more stark in some of the other vlogs featuring a young redheaded woman enthusiastically telling us about ‘the project’ from behind a desk. She’s engaging and sincere sounding in French, but the oddly stilted rhythm of the English actor sounds like she phoned her performance in, to the point of being only one step up from a computer-generated voice.

Vincent himself is convincing but occasionally grumpy and brusque in French; the English voice actor isn’t bad, but he gives the impression of being wide-eyed and naïve, and his reactions are sometimes odd. When talking to the wine-loving Mark, who’s tinkering around in the garage, Vincent’s accent seems to veer all over the place, at times sounding American and at others British. At another point he meets a girl named Julie (Mark’s partner), who says she is too busy to speak to him; he responds with, ‘Oh, that’s nice,’ but it’s lacking the sarcastic tone you’d expect. In the end I did settle for the English voice acting, but only because I prefer to focus my eyes on the scene rather than read subtitles. 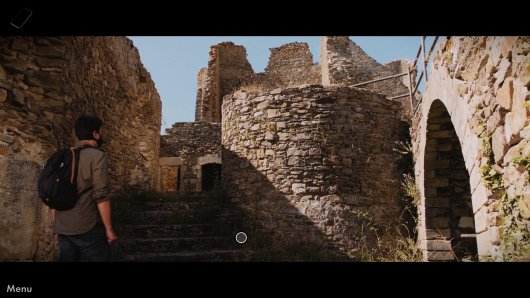 When you do find people willing to speak to you, you can choose conversational topics from a list on the right-hand side of the screen. These are not mutually exclusive, as you’re able to select each of them and exhaust all of the prompts. Sometimes talking to other people will unlock more dialogue options. Not that there are many locals to speak to – nor are they particularly interesting.

Far more captivating than the characters you meet are the locations you explore. The World After was filmed in a charming French village. Here unique houses are packed tightly together down sunny side streets with cobbled pavements, pale brick farmhouses dot the background, and verdant green foliage swishes to and fro at the side of road. Nearby a herd of cows peer at you with interest from over a fence while you soak in the view of rolling hills and fields. Bear Castle itself is a sprawling but exquisite array of archways and steps all composed of uneven stones smoothed by the passage of time.

The video shots have been nicely captured to impart that sense of beauty, going wide to show off a gorgeous location and then switching to tighter angles when Vincent converses with one of the locals. There are also a few visual effects that are generally handled deftly, such as the transitions between day and night. The same can’t be said for the audio at those same moments though, which is something akin to a booming but stuttering crackle. 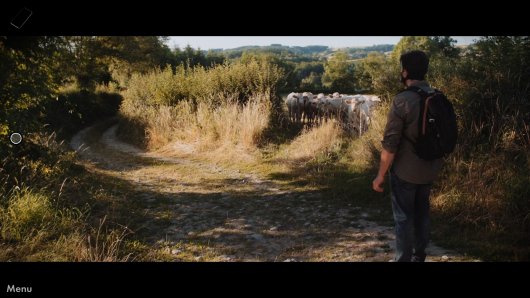 The original soundtrack is off-kilter enough to be unsettling. The title screen is accompanied by what sounds like a tinkling cacophony of triangles amongst the musical chords, while wind turbines spin lazily in the background. As you pace around town, almost hymnal tunes play very softly, though nothing really stands out as memorable. In fact, it’s mostly rather quiet everywhere you go. There’s the occasional ticking clock, faint radio or chirruping bird, but rarely any footsteps and even nature is surprisingly silent in the countryside scenes. The production really could have used more effects to make it more aurally immersive.

The view is third person, with Vincent standing patiently waiting while you explore the scene, clicking on items (which have a text label when you roll your cursor over them) to hear him tell you his opinion of it. Some things will trigger a mini-cutscene: clicking on a mask, for example, shows a quick clip of our lead character reaching out to grab it. Collected items go into your always-visible inventory at the top of the screen and can be used by selecting them with a left-click and then another on the area or object you want to try it with.

Moving to another area can be done by clicking any available large directional arrow, which is sometimes followed by a quick scene of Vincent walking there. Within a scene, something about the way Vincent waits with his thumbs in his pockets, or shifts awkwardly while facing away from the camera – the clip plays endlessly on a loop until you’re ready to move on – gives me Phantasmagoria 2 vibes (and to me, that’s no bad thing). 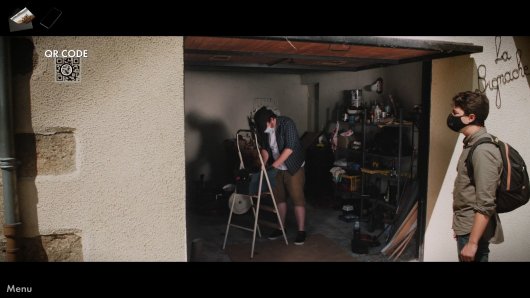 I was pleasantly surprised to find that there were some point-and-click style puzzles (although only a handful of simple ones). For example, at one point you need to find some hand sanitizer in order to progress, which will require whipping up your own homemade concoction from items you find lying around the place. Another related puzzle has you deducing a code to unlock a suitcase. None of this is taxing in the slightest, even for those new to the genre, but it does at least add a little variety and elevates the experience to more than simply an interactive movie. So too does the ability to use your button to switch from daytime to nighttime at will, which on a couple of occasions also helps you solve puzzles.

Both autosave and manual saving are available, which is a nice luxury to have. The ability to click and rename the autosave file can lead to some confusion, but stick with the ‘new save’ option and you should be fine. Of course, the game is so short it can easily be played in one sitting, so the issue may not even come up.

If you’re not already thoroughly sick of pandemic-inspired experiences, this game offers an interesting FMV take on things that will keep you engaged for an hour or two despite the shoddy-looking monster, the sometimes disappointing English voice acting, and the lack of well-developed characters. There are a handful of puzzles to solve and a narrative twist that is unique enough to be satisfying, although only if you find your way through to the true ending. Ultimately the pretty French scenery is the only thing that left a lasting impression on me, but especially in a year where so little travel is allowed, that alone was reason enough to make me glad I’d ventured out virtually into The World After.

The World After is a beautiful FMV adventure set in the French countryside with a fresh sci-fi take on a global pandemic, though it falls short in too many areas to make the most of its own concept. 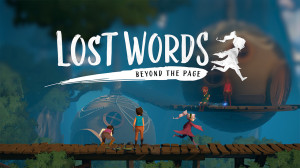 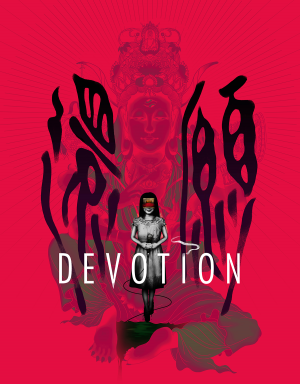 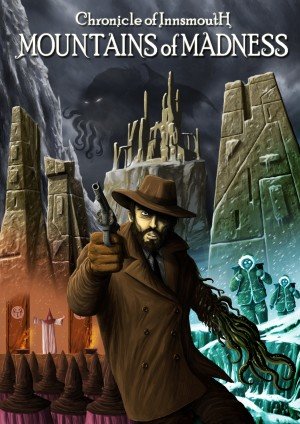 What our readers think of The World After