The Aggie Awards – The Best Adventure Games of 2020 page 2

Best Story: Tell Me Why

As a storytelling vehicle, DONTNOD Entertainment’s Tell Me Why succeeds on multiple fronts. Not only does it convey a very personal, intense tale that is both heartbreaking and heartwarming all at once, it does so while tackling the subject of gender identity in a meaningful way without being either preachy or insensitive. The game introduces us to a pair of fraternal twins – Tyler and Alyson – who were driven apart by tragedy as preteens on the very day Tyler came out as transgender. Now ten years later, they’re reuniting for the first time to clean and sell their childhood home in rural Alaska, and memories come flooding back as magical shared visions though a telepathic connection between them that they call their “voice.” The siblings’ reflection is accompanied by an exquisitely written book of fairy tales scribed by their late mother, which seems on the surface to be nothing more than a collection of fables about anthropomorphic animals and princesses, but actually represents a much more personal connection to their mother's life. It’s not long before Tyler and Alyson realize that the circumstances they thought they knew of their youth and their mom's death weren't exactly how they remembered them.

Even more impressive is that the choices you make can influence certain story beats and outcomes. You can choose to nurture the relationship between Alyson and Tyler or let it decay, and both have satisfying narrative reasons. Either they've been apart so long that they're different people and it's not worth holding onto the past, or they can grow closer as their common trauma bonds them together. As you dig up more of the past, you can choose to forgive those who wronged your family or forsake them, and both options feel perfectly plausible, leaving you torn over your choices. Even the puzzles are worked seamlessly into the narrative and help dole out information at the perfect pace. The characters are so well drawn that by the end of the game you’ll feel like you truly know Tyler and Alyson, caring for them in a way that many stories can only dream of. All the while, Tyler's trans identity is ever-present but never serves as a focal point of conflict between him and the other characters. It's simply a fact about him, and while it's incredibly relevant, it’s not what defines him or his relationships with others. Tell Me Why will make you sit back and deeply contemplate it when it’s over, but there are no second thoughts about why it’s the deserving winner of the year’s first Aggie for Best Story. 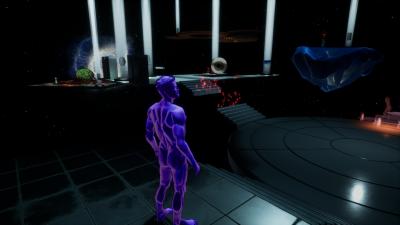 You certainly can’t accuse Revolution of rushing out a sequel to cash in on the hugely popular 1994 adventure Beneath a Steel Sky. Instead, ideas for the long-awaited follow-up were clearly percolating over the years, and the result is another enjoyable journey through Union City. It doesn’t start there, but when a young boy living in the desert wasteland known as The Gap is kidnapped by masked strangers in a strange vehicle, it’s up to returning hero Robert Foster to rescue him from the big city he thought he’d left behind for good, with a little help from his robot pal Joey. Of course, this turns out to be no simple abduction, and you’ll soon find yourself uncovering the details of a far more sinister plot in the seemingly idyllic but oppressively regulated metropolis. Well worth the wait, now that it’s here Beyond a Steel Sky wastes no time in claiming the first reader award for Best Story.