Stela may sound like someone's name, but it’s actually the plural of stele, the Latin word for a slab generally constructed of wood or stone and often adorned with a relief, like a tombstone. They were found throughout the ancient world and happen to have an important role in SkyBox Labs’ side-scrolling adventure named after them. These mysterious mammoth blocks appear in the background in various areas of the game – think of the monolith from 2001: A Space Odyssey’s opening and you’ll have a better idea of how they’re cryptically utilised here. In terms of style, story delivery, gameplay, and appearance, Stela is similar to Playdead’s INSIDE and LIMBO, but it manages to iterate on the formula and distinguish itself as an independent evolution rather than a mere copy.

You play a young woman in white, who awakens in front of just such a stele inside of what appears to be a tomb, though there’s no way to be sure because the game doesn’t have any spoken dialogue. This first area serves as a tutorial, where you are taught the simple controls: you can run, grab and jump using the keyboard, but a controller is highly recommended due to its complex platforming at times. Unlike in many games of this kind, you’ll also learn that the play area here is actually 2.5D, and that you can move into the background and foreground in certain instances, such as to jump onto a platform further away.

Generally, though, you’ll move right to continue on your journey, and doing so here leads you out of the tomb to some crops painted in muted colours, followed by a farmhouse where you run into your first enemy: hordes of oversized beetles that chase you. This is also where Stela’s first puzzles rear their heads, though just some basic ones at first: move boxes to reach higher places and alternate exits because doors are locked – standard fare for anyone familiar with puzzle-platformers. 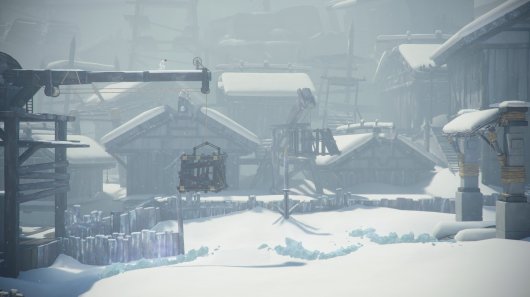 After escaping the farm, you enter some woods and encounter more enemies and puzzles. This is representative of how the game presents “levels” to you. There are no traditional distinctions between stages here, no loading screens; just one continuous and interconnected journey. Instead there are noticeable changes in the artwork of new locales, from eerie woodlands to abandoned castles and frozen wastes. Rather than scenic wonderlands, however, these landscapes are desolate and dystopian. It won't take you long to realise something has gone very wrong here.

As you move between the handful of different settings, you start to piece together what is going on in this world by making inferences based on what you observe. For example, you encounter two separate creatures, one humanoid and one beast-like, in different areas, then later on you see one holding the other captive. In another scene, you have to move across an open field where unseen archers are firing volleys of arrows you must avoid by pulling a shield along and hiding under it as the arrows are about to fall. It’s situations like these that give Stela a wonderful sense of place – who are these archers, who are they trying to hit, and why? By the end you will have an idea about what’s going on, but it’s by no means clear-cut. The game falls short of its Playdead inspirations in wow factor, however, because while more of the story is teased throughout, there are no real revelations.

A lot of the game's atmosphere comes from its sound design, which, coupled with its enigmatic gameplay, sets a compelling tone. The narrative may be delivered with no dialogue, but there is a beautiful orchestral soundtrack that sometimes accompanies the action. At times there is only silence, allowing you to focus on the ambient sounds such as wind blowing through caverns or water dripping and splashing, but as you start to negotiate more tense situations, the music ramps up to majestic crescendos during prominent moments, like the violent violins that punctuate chase sequences. The score and its delivery are faultless, representing one of the best features of Stela. 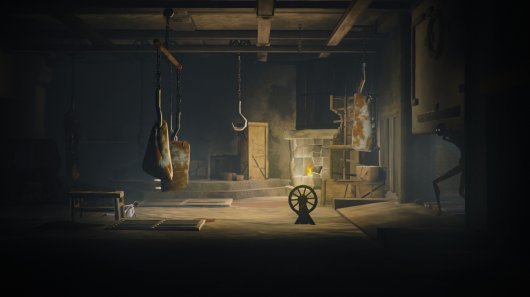 Speaking of tense situations, there are elements of stealth to contend with on occasion. Those creatures mentioned earlier will have to be hidden from sometimes. This is done by stopping behind a tree or the like, which is signalled by your character crouching down. These sequences are fine to get your heart racing the first few times you stumble across them, but the effect wears off and they are never particularly complicated affairs: wait behind cover until whatever you're hiding from moves on. If an enemy does see you, they will give chase. One hit kills instantly and there's no hiding once an enemy has seen you, so if you die it's back to the nearest, thankfully frequent, checkpoint.

Falling from too great a height also results in the same unceremonious ragdoll death sequence and loading screen, and this you might see more often. Some of the platforming can be much more challenging, particularly later in the game, requiring remarkable dexterity to jump on platforms as they’re disappearing or coming to squash you. In one case I found it nigh-on impossible, and it was only after many deaths and reloads that I managed to miraculously mash the jump button fast enough to elude a wall looking to turn me into jelly. The difficulty is not so much about the responsiveness of the controls, which is good, but rather the extremely short window you have to dodge incoming threats.

The puzzles themselves are largely physics-based and range from simple to complex. Sometimes you may just need to move a heavy object in order to lighten an elevator enough to raise and reach a ledge. Other times you must move back and forth between levers, pulling them to move platforms in the right order to reach new areas, occasionally dodging out of the way of traps that are initialised by your actions. 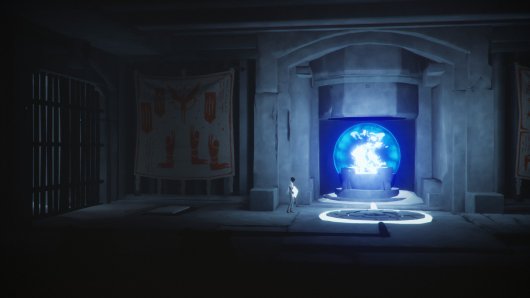 Otherwise there isn’t really a lot to this game. It should take around ninety minutes to two hours to fully play through Stela, depending on how much time is lost to replaying the harder platforming sequences, but much of that time is spent soaking up the atmosphere and working out what’s going on around you. That’s not a bad thing, as the environmental storytelling is actually one of the most interesting aspects of the experience, complemented nicely by the music in creating a cryptic, troubled world that is intriguing and haunting to explore. The platforming, stealth and puzzle elements do what they need to do, but never really rise above average.

Stela may appear derivative of similar titles in most respects, but in execution it takes inspiration from the structure of those games and creates its own identity. It’s a short but solid adventure that can be recommended to anyone (with at least moderate dexterity for the tougher physical challenges) who enjoys puzzle-platformers and experiences that aren’t explicit with their story delivery, leaving more to nuanced interpretation. If you’re looking for narrative clarity or puzzle challenge, then you’ll likely be underwhelmed, but come for the immersive atmosphere and you might just find this to be well worth your attention.

Though not as memorable as its acclaimed puzzle-platforming inspirations, Stela manages to carve out an identity of its own and is worth playing for its interesting world, atmosphere and excellent music.

GAME INFO Stela is an adventure game by SkyBox Labs released in 2019 for Apple TV, iPad, iPhone, PC and Xbox One. It has a Illustrated realism style, presented in Realtime 3D and is played in a Third-Person perspective. You can download Stela from:
The Good:
The Bad:
The Good:
The Bad:

What our readers think of Stela