The year is 2066 and private investigator Mordred Foley has just been acquitted of the accusation that he planted evidence leading to the summary execution of two innocents peripherally involved in a serial killing case six years earlier. At the time Mordred was looking to make a name for himself in the futuristic city of Nova Polemos, but now he, his partner and the Foley Detective Agency are shunned by the police and private citizens alike. In Studio V’s visual novel Dry Drowning, players are dropped into the disgraced P.I.’s flatfooted shoes just in time for the same murderer to resurface. From there the game excellently builds a compelling mystery surrounding the nefarious Pandora – and presents a grim vision of the future along the way – though the final confrontation collapses under the weight of an overly contrived ending and an even more overly extended denouement.

As the story begins, Mordred is returning to his detective agency having just been discharged from court due to a lack of evidence supporting the charges against him. There he encounters his naïve partner Hera Kairis, and the two get to commiserating about their prospects, or lack thereof. Fortunately for the detectives, a new case is right around the corner as a prominent politician is suspected of killing someone and requests the agency’s help. As the duo start to investigate, they quickly conclude that the murder was actually perpetrated by Pandora, the serial killer from six years prior who went quiet after the two innocents were arrested.

Each of the first three chapters involves a separate crime for the pair to investigate, all of them relating back to the Pandora homicides in some way. The mysteries become larger and more complex as the game proceeds, involving more characters to talk to and more locations to scour. As this is more a visual novel than full-fledged adventure, there is a lot of reading involved. The story and dialog are well-written, although fairly frequent skipped or misplaced words in the subtitles can be a little jarring. Beyond navigating through the extensive text, a few investigative mechanics and some choice-driven dialog options serve to provide a degree of player agency. 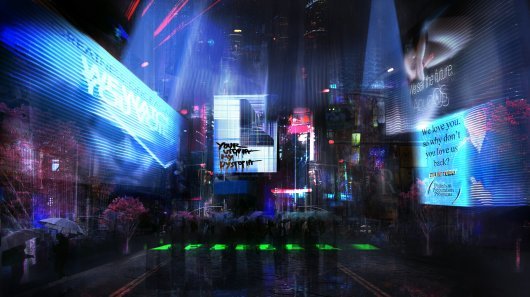 The main activity in each case is interrogating suspects. Dry Drowning has a wide array of characters and a good job has been done of making them distinct in both appearance and personality, from the good cop in a corrupt force who looks askance at Mordred, to the discreet but nosy hotel owner seeking to raise her standing in society, to a pair of geriatrics waiting in fear of being evicted from their retirement home because they are no longer productive members of society, among many more. Questioning is done through simple dialog trees, with Mordred standing on the left side of the screen and his counterpart sliding in on the right. During these Q&A sessions, some selections are marked by exclamation points showing that they’re required to progress while other choices are there simply as optional flavour.

These conversations aren’t just about grinding through choices though. In some instances they’re also used to accuse suspects, either of actual crimes or at least hiding information necessary to progress. It’s here that Mordred’s unique psychological talent comes in. Although it’s never explained why, the protagonist has the rather cool ability to picture people wearing distorted animal masks whenever they lie to him (masks that no one else can see). During these accusatory sections, Mordred must produce evidence from his inventory or choose dialog options derived from the facts of the case to start breaking down the masks the suspects wear. This is a multi-stage effort and the game usually allows three mistakes to be made before it’s game over (resulting in an immediate do-over from the top of the accusation).

The evidence you’ll amass is stored in inventory and comes in one of three flavours: actual items (or photographs of them) found at crime scenes, biographical details about the different suspects provided by the AquaOS system (an online spyware database in Nova Polemos with information about every resident), or transcripts of various documents that can be accumulated along the way. In the majority of instances, when evidence is needed the appropriate piece is either immediately obvious or can be worked out through some thought about the case at hand. 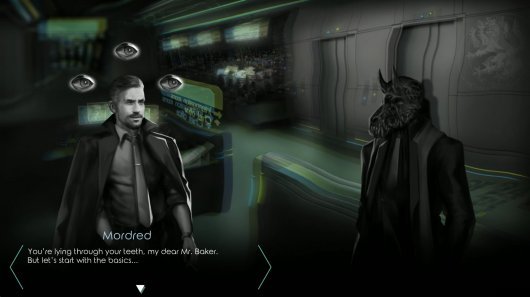 That said, there were a handful of times when even after I guessed at the correct evidence to present and Mordred described his reasoning for it, I still didn’t see the connection. For example, I’m still not sure why a work shoe proves that a staff member at a senior home is involved in one of the crimes and not one of the residents, especially as it’s emphasized multiple times that the seniors themselves are only allowed to live there so long as they can still work at menial jobs, which I imagine would require just such footwear. Fortunately, with three strikes permitted before being called out, there’s room for trial and error when the logic of a situation is not at all clear.

Physical objects are typically gathered from crime scenes, where hotspots must be ferreted out in single-screen locations. When the mouse pointer draws relatively near a hotspot, a circle appears around the item to indicate it can be clicked on for more details. The size of these circles is quite generous and all key hotspots are almost always apparent in context. In typical visual novel fashion, scenes are largely static as are any characters that inhabit them, save for the changing poses or expressions they strike to convey particular emotions.

Your investigation will take you to a variety of hand-painted settings, ranging from conventional ones such as the police department and a city park to more out-there spaces like the tech company responsible for AquaOS and a senior center that is more akin to a concentration camp. In each location, Dry Drowning employs a dark, monochrome noir style with occasional splashes of colour, perfectly fitting the grimness of both its story and the dystopian city in which it takes place. 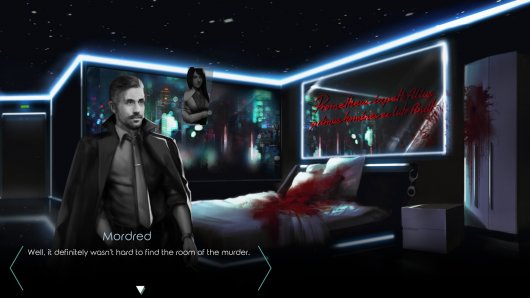 Except for the occasional sound effect, such as feet shuffling when someone enters or leaves the scene, the only audio in the game comes from its looping music. The tunes are short and simple, usually consisting of only one or two instruments, but they do an effective job of setting the mood; sometimes relaxed, sometimes less so. In particular, the score revs up during accusation sequences, adding a nice sense of tension that would otherwise be missing. Though all dialog is text-only, supposedly Mordred is voiced in an introductory cinematic, but this video never ran successfully for me, stuttering and skipping and generally being unwatchable. While an inauspicious start, fortunately I didn’t find my inability to view this cutscene hampered my appreciation of the rest of the game.

In fact, I quite enjoyed my progress through the first two chapters and most of the third. Each chapter takes place weeks if not months after the preceding one, and it’s particularly interesting seeing Morded and Hera become more frantic as events progress. Part of their stress stems from always being a step behind Pandora, but their bigger concerns relate to the consequences from player choices. Nova Polemos is a city where no good deed goes unpunished, and at various points in each investigation there are choices presented that impact the future. Many of these decisions typically involve helping or confiding in one person at the expense of another. In other words, no matter who you try to please there will always be someone pissed off by whatever option you pick. I found Mordred and Hera’s worried exchanges were a great way to serve as callbacks to those choices. It felt like the game really was paying attention to what I did far more so than most choice-based games I’ve played.

After establishing the stakes so effectively throughout, I was rather let down by the finale itself. At about seven hours in, I reached the climax of the story where everything about the Pandora killings is ultimately revealed. Sort of. When key revelations are finally produced, it seems like the game is more interested in injecting quirky plot twists than in rationally explaining what’s going on. Indeed, the overarching plan of the serial killer is so convoluted as to beggar belief. 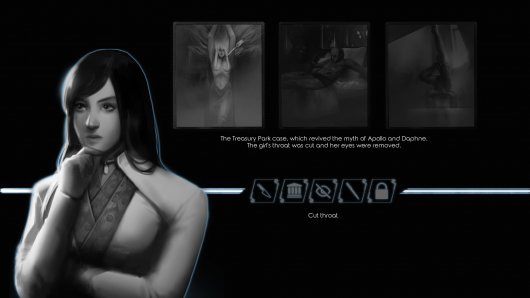 What I found even more disappointing was the addition of a fourth chapter after that, which was really nothing more than an extended denouement with one token bit of interactivity that had nothing to do with anything. As if all the narrative gyrations in chapter three weren’t enough, this epilogue unveils further implausible surprises before the end credits roll. And even then there’s a post “the end” cutscene that goes into even more exposition. With the final chapter lasting over an hour, by that point I just didn’t care anymore. It was an unfortunate way to finish the game as I’d so enjoyed most everything that had come earlier.

Though you shouldn’t expect anything in the way of traditional puzzles, as a visual novel Dry Drowning presents a compelling future-noir setting filled with a wide variety of intriguing characters. While certain points in the investigations don’t logically follow, most of the crime-solving experience is quite satisfying and the protagonist’s internal lie detector makes for some engaging accusation sessions. While never flashy, the visuals get the job done and the music adds to the sense of brooding and tension underlying the whole experience. The vast majority of the story is fun to unravel, and it’s really only in the last quarter, with its ridiculous number of unearned reveals and out-of-nowhere twists, that the proceedings come tumbling down. So not a complete success, but those looking for a moody dystopian mystery should find the strengths outweigh the frustration.

While Dry Drowning’s conclusion may be overly complicated, the visual novel-styled journey of tracking down a serial killer in a future dystopian city more than makes up for it.

GAME INFO Dry Drowning is an adventure game by Studio V released in 2019 for PC and Xbox One. It has a Illustrated realism style, presented in Slideshow and is played in a Mixed perspective. You can download Dry Drowning from: We get a small commission from any game you buy through these links.
The Good:
The Bad:
The Good:
The Bad:

What our readers think of Dry Drowning

Firstly, I expected a short game, but it surprised me nicely. After completing this game, (it has multiple endings) I'm under the impression like I've read a really good cyberpunk noir novel, in which I... Read the review » 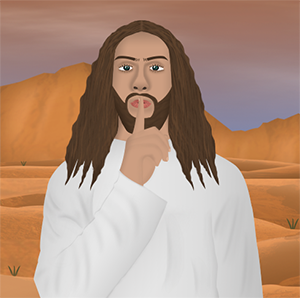