The Aggie Awards – The Best Adventure Games of 2019 page 6 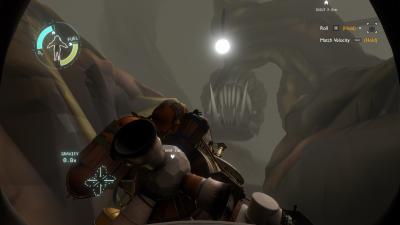 Mobius Digital’s Outer Wilds takes exploration as a mechanic to its extremes. Want to find out more about your cozy home planet of the Hearthians or the mysterious Nomai race and the strange statues they left behind? Explore. Wonder why the sun is going to explode in a fiery supernova in 22 minutes, killing you and everyone else in the universe over and over again until someone prevents it from happening? Explore. Using just a few simple tools, like a signalscope that helps you zero in on mysterious sounds in the distance, a translator, a remote camera, and your space ship, you’ll traverse a wildly imaginative set of worlds, each with its own distinctly different means of interaction, all while gradually uncovering clues to a multilayered story. Though you can, and will, die a bazillion times (that’s an actual scientific count, not an exaggeration), you’ll remember what you learned when resurrected each time to try again. This combination of rich, non-linear open-world exploration and puzzle-solving does involve some repetition, but stick with it and you’ll be rewarded with the Best Gameplay experience of 2019. 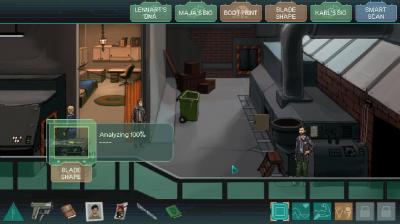 While a traditional point-and-click adventure in most respects, the strength of Whispers of a Machine’s gameplay lies in its protagonist’s inventive nanotech abilities. Vera Englund, though fully human, has also undergone augmentations that let her scan for physical and biological evidence, monitor witnesses’ heartrates and identify lies, and enable her with near-superhuman brawn. Players must figure out how to use these skills most effectively, and as the story progresses there are even more powers to acquire that vary according to previous dialogue choices, allowing for differences in puzzle solutions during replays. Cagey use of inventory, interpreting code-like messages, and knowing the precise time to take certain actions add even more variety to the investigation, making for a very well-rounded (and now reader award-winning) adventure experience.