A Cure for Jessica

We get a small commission from any books sold.
Written by
Lindsay Weston — January 22, 2020

When most people think of a modern World War II game, a 93-year-old woman is probably not the typical hero that comes to mind. But that is exactly what we find in Brukel, a first-person exploration adventure based on the memories of Bie Verlinden, the grandmother of the game’s creator, who lived through a harrowing ordeal growing up in German-occupied Belgium. The premise of reenacting her childhood activities to trigger powerful audio narration from the now-elderly protagonist is an interesting one, so it’s unfortunate that there’s so little gameplay to round out this extremely short experience.

The game is based entirely around Bie’s real-life account of the events that happened between 1940 and 1945 when she was just a teenaged girl living with her family on a farmhouse in Geel. Much of the narration is provided by the voice of Bie herself as you explore her old house in present day, which now sits abandoned in the Belgian countryside.

After walking up to the old homestead though empty fields, you are informed that you need to take pictures to complement Bie’s pre-recorded interview as part of an undefined research project. You are provided with a checklist of items to photograph on your mobile phone, and taking a good snapshot elicits a short anecdote from Bie about each particular object. 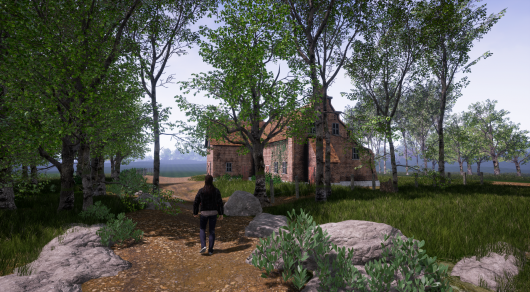 When a certain amount of time has passed, night begins to fall and Brukel directs you to leave the house and return another time, regardless of whether all the items from your checklist have been photographed or not. As you head towards the door, however, loud explosions can be heard from outside. Passing by the kitchen window, your attention is drawn to a faint figure coming closer before suddenly appearing on the other side of the glass, revealing himself as a Nazi soldier. Look around and you’ll find that the house has been transformed as well, now furnished exactly as it was in the early 1940s. From this point on, you will vicariously relive the experiences of Bie and her family during the war itself.

The rest of game takes on a more linear approach, albeit in a non-chronological order, as the story jumps around to different events and even timelines according to Bie’s original interview. One minute you’ll be experiencing the initial German invasion and the next the British are occupying the farmhouse. Eventually you’ll find yourself running through crossfire to safety as the two sides battle on the property in the only real dramatic moment of action.

Progression is as simple as mimicking the basic behaviour as narrated by Bie. For instance, when Bie talks about being dragged by the arm to the kitchen and forced to cook for a platoon of solders, all you need to do is walk into the dark kitchen, pick up some potatoes and put them on the table. It is impossible to fail, at least until the climactic battle sequence in which the game will end if you manage to get shot or do not take cover in time. Otherwise you can’t even really get stuck as there are no puzzles to solve and verbal cues will usually give hints on where to go next. 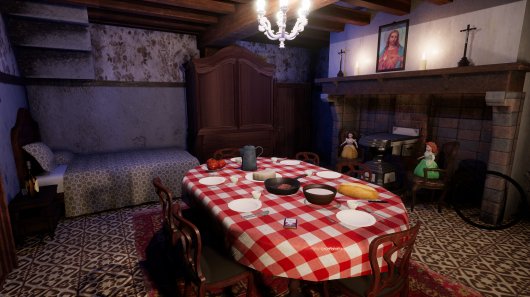 Reenacting household events is an interesting attempt to add some actual gameplay to what is otherwise a purely exploratory piece. The problem is that the level of interaction is still so limited, a fact driven home by the small confines of the house in which the entire game is set. There are few if any investigative elements: no drawers or cupboards to open, nothing to look inside, no keys to find, nothing mysterious to uncover. There are even times when all you can do is stumble around in the darkness just hoping to prompt some new narrative element. When you take into account that the whole game will probably only take around one hour to complete, you realise just how lacking in content the experience truly is.

Brukel is fundamentally a digital biography that you advance by activating each new audio recording. It’s important to understand that going in, as it does not advertise itself to be anything more than an interactive reminiscence with a unique twist on its narrative, which it does a relatively fine job of executing. Still, it will inevitably be compared to other titles in this exploration-based subgenre, with other examples such as Gone Home setting the bar quite high for what is possible, and this game falls well short on the “interactive” part of the equation.

While the final scene is visually dramatic, until then the highlight of the experience is largely auditory. The house for the most part is deserted, with only Bie’s words serving to aid imagination. You can freely move around in first-person perspective via keyboard and mouse, with furniture and fittings fully rendered in 3D. While understandable given the smaller budget typical of an independently developed title, Brukel’s graphical quality looks like something out of the ‘00s, even on the highest graphical settings. It also suffers from a pack of technical polish, as I experienced several crashes and really long load times even when I adjusted the game to lower settings. 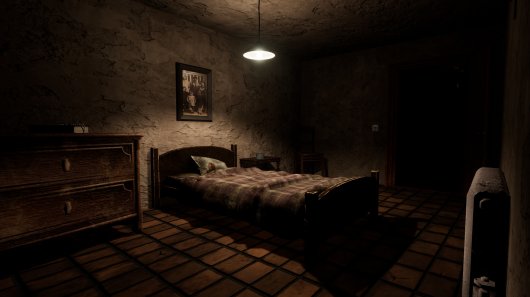 Despite the lack of gameplay and a number of technical issues, however, the overall concept is good. Having the voice of Bie there with you all the way is a great way of providing immersion and creating an emotional connection. Hearing her stories about how the way her family was treated by both sides, how Bie and her sisters were forced to wait on soldiers hand and food without complaint, is a chilling reminder of the oft-unspoken horrors of war for everyone involved, an element missing in most modern shooter games set around the same period.

It is impossible to say a negative thing about the charming Bie as she looks back on the tumultuous period she lived through so long ago, a remarkable feat in 2019 given that the game was released to coincide with the 75th anniversary of Belgium's liberation from German occupation. Thanks almost entirely to her narration, the game does an admirable job of demonstrating just how difficult life was even for civilians during that period, and in turn remind us of just how lucky most of us truly are. 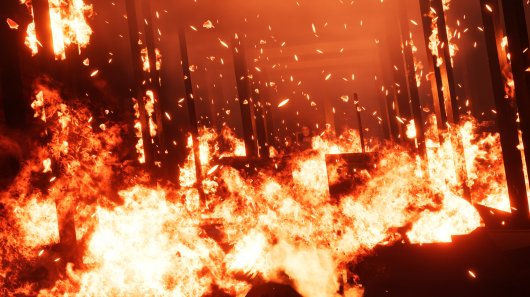 Given its unique premise and captivating subject matter, it’s a shame that there is so little for players to actually do to participate in Bie’s experience. There are almost zero gameplay elements to speak of, an omission that stands out even more in an environment as compact as this. The game’s dated presentation makes this even more difficult to look past.

That said, the concept is fantastic, and by making the story more personal it is more in tune with the reality of World War II than its many gun-toting videogame counterparts. Its lack of interactivity, forced linearity and confined setting result in an extremely brief experience that fell short of the mark for me as a fully-rounded adventure, but if you’re open to a modest but moving first-hand account of a wartime survivor, look no further than the Brukel family farmhouse.

While less a game than a very short, barely-interactive audio biography, Brukel does manage to bring the civilian horrors of World War II to life in a very unique, personal way.

GAME INFO Brukel is an adventure game by Lifelong Games released in 2019 for PC. It has a Illustrated realism style, presented in Realtime 3D and is played in a First-Person perspective.