continue reading below
»   Home  /  Articles  / Reviews  / My Memory of Us review

My Memory of Us review 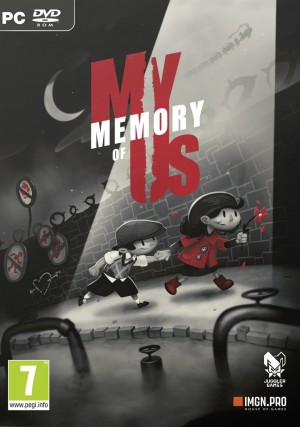 During the Second World War, more than five million citizens were killed when Poland was occupied by the Nazis. Despite the unrelenting bleakness of the situation, people fought back and protected one another in the face of cruelty. It’s these events that My Memory of Us is based upon, though in a more childlike, symbolic way as the story focusses on the close friendship between a young boy and girl as they try to escape an invading robot army. This debut black-and-white side-scroller from Juggler Games is a commendable effort, with lovely audio-visual production and some clever dual-character puzzles, but it’s not without some flaws that are hard to overlook.

The framing story begins in modern day, with people tapping at their phones as pizza trucks whizz past. A young girl travels to a bookshop and meets an elderly gentleman, who tells her a tale from his past about the bond he formed with another girl who looked remarkably like her. At the beginning of this flashback, the war is only just beginning. While soldiers roam around in military uniform, the two children are freely and happily collecting apples and playing on swings. Locals stand on the street debating, drinking and playing music. Ultimately, it’s just people living their ordinary lives, but it’s a great introduction to the city that does well to juxtapose what comes later.

It’s not long before the bombs start dropping, so the unnamed boy and girl hide in an underground bunker until it’s silent again. When they emerge after some harrowing ordeals, they discover that the city has been taken over by robots and certain citizens are adorned in red items of clothing. This includes our female protagonist, now wearing a red coat in a reference to Schindler’s List. A wall has been built that these “red folk” can’t cross, and posters make it clear they aren’t welcome. Children have even been separated from their parents. Of course, all of this is a thin allegory for the evils of WWII, when Jews were separated into ghettos and forced to wear yellow stars to humiliate and discriminate them. 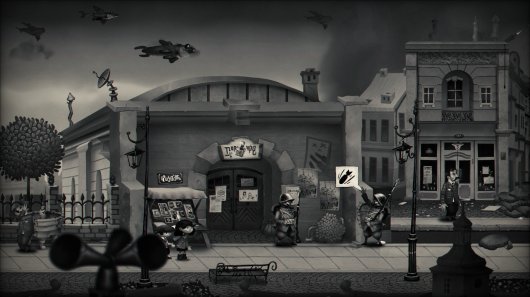 I’m not sure whether this is meant to be some sort of alternate history or if it simply demonstrates how the two young leads processed such a grim reality. Nevertheless, despite shying away from some of the outright violence of the real war, there are still impactful moments depicted, like a scene where the girl must literally dance for a bone and another where people are being shipped out under the pretence of getting food. Along the way you’ll encounter those who are putting up resistance, like secretly distributing anti-propaganda posters or housing orphaned children. Some of these are based on real people and, in a nice touch, you can collect cards to find out more about them.

At any time, you can switch control between the boy and girl or guide them simultaneously by making them hold hands. Each has their own abilities. The boy can sneak and use light to temporarily blind others or illuminate areas, while the girl can run, jump a short distance and fire stones with a slingshot. You’ll need to use both of their talents to work through the various obstacles.

This concept works well during the more traditional adventure game scenarios. For example, one section sees the boy locked behind bars. The girl must figure out how to distract the guard, while the boy must steal the key. There’s a good amount of back-and-forth as you use each of their skills and it’s a neat self-contained scene. My Memory of Us is at its best in times like these. There’s also a solid array of logic puzzles on offer, like analysing symbols to crack a code, navigating a twisty pipe maze, and using basic maths to set a dial. They’re not difficult, but they offer a welcome change of pace. 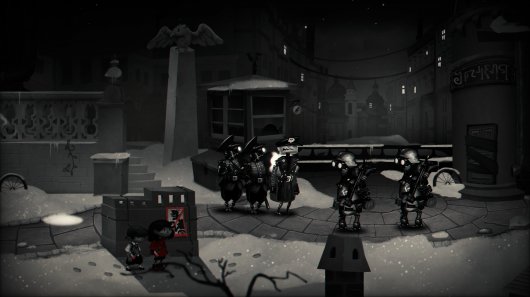 Unfortunately, the fun crumbles when the “action” takes the forefront. Many sections are based around stealth, sneaking behind objects to avoid the gaze of the robots, while others involve being chased under pressure. Some parts require precise timing, especially as the game progresses, like quickly swapping characters or dodging bullets, or even vehicular sequences where you must evade things on the road.

Such challenges could have been fine, but a huge frustration is how fiddly the controls are. You can play with the keyboard or a gamepad – I switched to the latter halfway through and found it a slightly more comfortable choice – but either way I lost count of how many times my button press didn’t seem to register or my character wasn’t precisely lined up to interact with something. Movement in general is far clunkier than it needs to be – pressing two buttons just to climb up and over something is cumbersome – and feels too floaty. Enemies behave inconsistently as well, their range of vision seemingly changing from one part to the next, which only adds to the overall slog of these sequences and the annoyance you’ll feel when you get caught and sent back to the beginning.

My Memory of Us is split into chapters, interspersed with brief cutscenes narrated by Patrick Stewart as the old man telling his story. Of course his voice brings natural gravitas and warmth, but the dialogue he’s given is a bit basic and it’s a missed opportunity for something more poignant. There’s a wider problem here too. While the overarching intentions of the story are sound, there’s an issue when it comes to figuring out what the point of your own actions are. It’s never particularly clear what you need to do or even why you’re doing something. 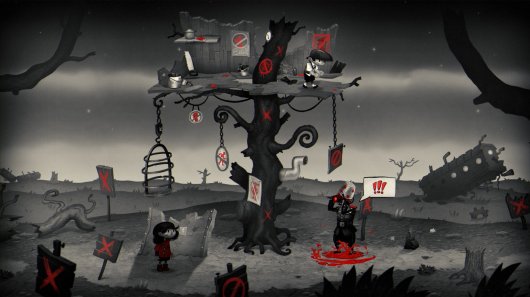 For example, during an early pre-invasion part of the game on the girl’s birthday, the boy decides he’s going to steal a cake for her. It turns out this cake is hidden in an army camp (because that somehow makes sense?), but you only find that out when you get there. You’ll also need to catch a train, but only the local drunk can give you the money for it… which you won’t discover until you give him some booze. The actual solutions are all par for the course in adventure game logic land, but little of it is properly communicated. Instead, you’re left to wander between scenes, solving things but often unsure of where you’re heading or for what reason, due in no small part to the fact that even key supporting characters communicate via pictograms rather than dialogue.

The best part of My Memory of Us, without a shadow of a doubt, is its hand-drawn artistic prowess. It’s presented entirely in monochrome, apart from the rare effective splash of red to highlight particular people or environmental elements. The 2.5D environments are wonderfully designed and blend just the right mix of fantasy and reality with an off-kilter look. A city bar is full of fancy decorations, a cog-powered piano being played and an ornate garden out back – a warm, relaxing environment that contrasts nicely with the dark encroaching trees and patchwork mechanics that come later. There’s a steampunk shabbiness to it all, almost like a twisted fairy tale, which works well for the subject matter. The dark and shadowy city streets, lit by the occasional lamp, provide a suitably sinister feel as the robots stomp past, oozing evil, their menacing machinery cold and clinical. But there are also nice moments of quiet hope, like when the boy and girl ice skate, fairy lights above them with sparkling snow all around. 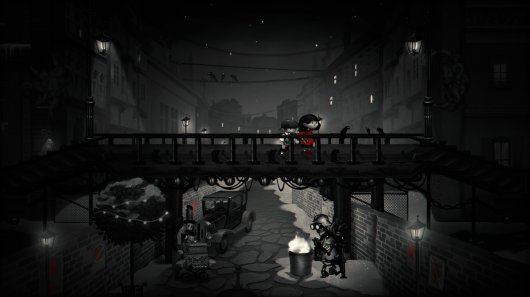 The sound design is worthy of praise too. The characters only speak in unintelligible babble, but the music and effects are excellent. During the more comforting moments of the game, the score offers jaunty strings and pipes before descending into slower tracks that create a suitable sense of tension and unease, while aboard a robot airship your footsteps echo as electronic drums play. The music is nicely tied to the story and the atmosphere greatly benefits from it. Sometimes the soundtrack takes a backseat entirely, letting just a ticking clock or booming siren do the work.

My Memory of Us took me around six hours to complete and I was ready to be done with it, though it does close sweetly. The game succeeds in balancing the darkness of its themes with encouraging moments of hope and has wonderful artistic direction. The main problem is in how it plays; while there are some interesting puzzles that make good use of the dual playable characters, many aren’t integrated well and momentum is bogged down by the stealth elements that require continual restarts until you get them right. Ubisoft’s Valiant Hearts is centred around a different war, but succeeds better with a more serious approach. Nevertheless, My Memory of Us shouldn’t be discounted entirely – it’s thoughtful in its child-oriented approach with a steampunk-flavoured backdrop, just flawed in its execution of actually making it fun.

My Memory of Us cleverly tackles dark subject matter with a heavy boost from its beautiful production values, but falls short when it comes to offering consistently engaging gameplay.

What our readers think of My Memory of Us