Adventure games with archaeologist heroes usually bring to mind the many escapades of Indiana Jones types and their search for lost worlds and mythical artefacts. By contrast, Yeli Orog entices players with a refreshing focus on the rarely explored subject of Celtiberian mythology, employing a range of interesting 3D sound effects as well as a few hypnotic full motion video scenes of Spain to gaze at. With such an original premise, I never knew what to expect of the game or the menacing deity it’s named after. This ever-present sense of the unknown effortlessly drew me into the shoes of an unseen protagonist and his plight to conduct research in the face of looming insanity and a conspiracy so subtle you could very well miss it. A little more challenge and another hour of play wouldn’t have been a bad thing at all, but the fact that, after finishing, I found myself unexpectedly interested in Celtiberian myths shows just what a worthwhile experience it was for me.

Johnny Robin, working for Gomboev Archaeological Research, has arrived in Asturias and is preparing to meet with a colleague to inspect an ancient, mysterious stone tablet. Upon starting the game you have a view of an old rail line and a memo from the company about your assignment. Well, “memo” is probably not the right word. It is a lengthy but intriguing brief that details your purpose in Spain and the significance of this recent find. You soon discover that your colleague has been hospitalized in a psychotic state. In attempting to relocate his discovery, you ultimately wind up as the final battleground between the titular Celiberian creature and an ancient dwarven people, a conflict that finds you treading between Asturias and an unknown realm. With not a single clearly intelligible word spoken throughout, Yeli Orog leaves much to the imagination, expressing itself both through writing and by playing with atmosphere through the use of impressive sound and visual effects.

As far as controls go, it would be hard to find a more user-friendly interface. The first-person game is handled purely through a point-and-click slideshow-style system, and there is only the smallest of inventories where items (there really are too few to speak of) are purely reference materials. Due to the brief length of the game, which ranges from 1-2 hours, there is no option to save or load. The developers make it clear that Yeli Orog was intended to be completed in one sitting, so set aside enough time before you begin. Player interactions are limited to those specified by situational, on-screen text that doubles as hotspots, such as “Go here” or “Pick up the phone.” In terms of viewing the environment, you can click on semi-transparent bars at each side of the screen to look around from different perspectives in a fashion similar to Myst. Each scene usually contains eight horizontal angles, and often more when clicking to slightly raise your gaze upwards. 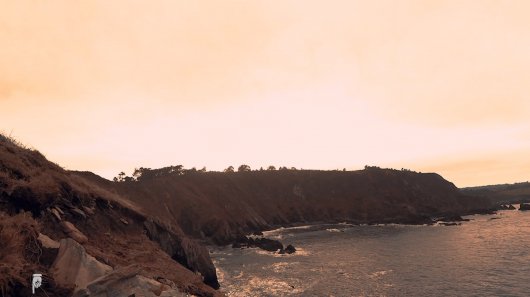 Northern Spain has a rustic beauty to it, and this is very much captured throughout Yeli Orog. From the rolling waves of the Bay of Biscay, to the wintery scenes of a sloping mountainside, the full motion, high resolution video imagery left me feeling like I had spent a very short holiday in a very special part of the world. The game’s alternate realm(s), by contrast, are presented with minimal imagery, often opting for single objects intermingled with darkness, both of which are accentuated with photographic effects to enhance the ambiguity of shapes and shadows. One such case was an odd-looking rock formation that appeared to contain moving human faces and torsos, masked by a slight static effect to make the whole scene seem imperceptible in great detail.

Early on, the lines between reality and a darker realm begin to blur, resulting in a number of other visual effects. I particularly enjoyed the subtle momentary change to something similar to a fisheye lens view with reddish tinting. Far more drastic are the portals that transport you between the real world and that of Yeli Orog. Portal animations are smooth and look reasonably compelling when imposed over the current environment. One such gateway gave a subtle watery effect to the real world scenery behind it. Despite this, I was occasionally left thinking that some of the portals, like a hellish hole on a cliffside or a swirling vortex in front of a cave, looked too a bit too small in the context of the landscape. Actual portal transportation is near-instantaneous, with just a few cinematic screens to give a sense of otherworldly movement, including a wormhole journey and a deepening fractal at a later stage.

Arguably the best feature of this game is its use of audio. Yeli Orog uses 3D sound and recommends the use of headphones while playing, which really is necessary if you want to get the most authentic game experience. The scenes in Asturias are accompanied by high quality effects, such as the waves and wind on a cliff’s edge, which contribute to the feeling of immersion. The ulterior realm, and everything in between, uses less conventional sounds such as alien-like droning, heavy breathing and radar blips to foster interest and suspense. One of the best uses of sound occurs when you hear a warbled, whispered voice in your hotel room. To me the voice appeared to transition between both of my ears. Due to the craftily-masked quality of the speech and the fact that it slowly increases in volume, it was actually some time before the message became clear to me and propelled me into action. These garbled whispers resulted in a psychologically thrilling moment, and it is a shame that so few other instances successfully evoke that level of tension. 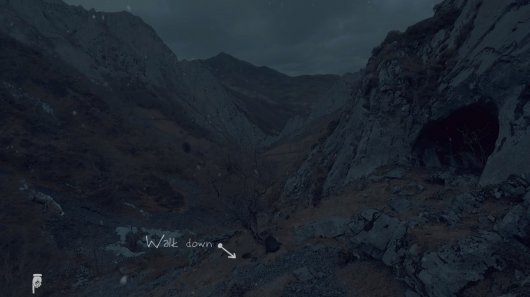 Although there aren’t many to solve, Yeli Orog’s puzzles come in a few different forms, only one or two of which are mildly challenging. The most prevalent, and simple, task requires you to take a thorough look around to locate a path forward. The game makes this type of exploration more difficult at times by darkening the screen and providing you with a flashlight to scan the environment. Aside from these relatively basic navigational requirements, obstacles include some very simple colour-symbol matching, a timed FPS-style task where you have to quickly locate and click on apparitions in a dark room, and a few text input puzzles. I found these text puzzles the most enjoyable, particularly later in the game when using my own computer’s keyboard resulted in the input of runic symbols in place of characters from the English language. I just wish there had been more of these types of activities.

At one point I received an odd symbol that I thought I was going to have to enter somewhere, only to have the game end before I had the chance. I even went so far as to play through again to use it at the appropriate stage, which accomplished nothing and served no apparent purpose. This was a missed opportunity by the developer, as it would have been extremely satisfying if my interest and determination to seek further answers in Yeli Orog had been rewarded with some final, hidden revelation. In fact, I was rather hoping that there would be more to learn about the Celtiberians all throughout the journey. 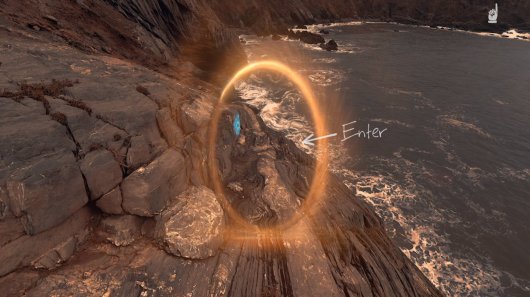 At the very least, I expected a bit more suspense and horror. Although there are a couple of moments of genuine chills, these are usually very brief. Overall I didn’t find that Yeli Orog kept me on the edge of my seat, even at those times when suspense seemed most important. To illustrate this, there are references early on to “mantra-like chanting” and the “screaming of tortured souls”, which I expected would make an appearance at some point. There were a few moments where I could just make out the distant sound of a grim vocal note, and another instance where some mild moaning was evident, but both were far from disturbing. To me the fact that Yeli Orog is not a terrifying thriller is not a serious criticism, however. Playing the game left me with an altogether different interpretation than the one I initially expected, but I still enjoyed the experience as a result of its interesting premise, puzzles, and visual-auditory effects.

Although neither long nor challenging, overall Yeli Orog is an enjoyable sensory experience while it lasts. The full motion video scenery can be entrancing and the sounds have an ambient, haunting quality. The point-and-click interface is very user-friendly and the plot, while very simple, answers the questions it raises while allowing some room to leave players wondering. The whole adventure will take no more than a couple hours to complete, designed to be digested much like a short film in one continuous playthrough. Nonetheless, I suggest that you take your time exploring. Stop and appreciate the ocean view, listen to the wind in your ears and then dip a toe into the realm of insanity. This isn’t your typical FMV experience or first-person puzzler, but you will likely find something worthwhile in the unique combination of both.

Although short and fairly easy, Yeli Orog achieves its goal of providing an interesting journey for the senses that melds an appealing real-life location with a surreal exploration of a fictional world.

GAME INFO Yeli Orog is an adventure game by Yeli Orog released in 2018 for PC. It has a Live Action, Photographic style, presented in Full motion video, Slideshow and is played in a First-Person perspective.

What our readers think of Yeli Orog