At thirteen installments and counting, the Carol Reed series is one of the longest running in the adventure genre. The Birdwatcher, the latest photographic slideshow-style release from Mikael Nyqvist’s MDNA Games, sets Carol on a case to track down a missing person with an interest (as the title suggests) in birds. While not the most glamorous or confounding of mysteries, the amateur sleuth is, in her own words, looking “for something to do” so she accepts. This isn't exactly a ringing endorsement for setting out on an investigation, a problem the game never really manages to overcome. Still, it’s an opportunity for players to get out and see more interesting sights in Norrköping, Sweden and to solve a few clever puzzles along the way.

When the game begins, Carol has been ill with the flu for some time. Now that she’s feeling better, she’s anxious to get out of the house. Fortunately, a text message arrives on her phone from an unrecognized number suggesting a case that will help “make her famous,” which leads to a meeting with Immodia Berling, a woman she encountered in a previous game. Immodia wants Carol to look into the disappearance of Henrik Egerman, Immodia’s neighbour, friend, and a man she proposed to at one point. Henrik’s been missing for over a week but Immodia seemingly hasn’t thought to contact the police. Armed only with the address of Henrik’s place and a spare set of keys from Immodia, Carol sets out on her new case through Norrköping.

The adventure unfolds as a linear trail of breadcrumbs. Carol only ever has one objective at a time, which is recorded in a journal that’s accessible through the inventory hidden at the top of the screen. These goals act as general pointers for where to go next. Clicking the current one provides a somewhat more detailed description of what needs to be done in a particular location. Given that much of the game is spent wandering from place to place rather than investigating the mystery, I came to rely upon this hint system extensively. Once you pick up your umpteenth key, you may not find yourself that invested in figuring out which of the many locked doors scattered about the city it belongs to on your own. Fortunately, Carol has a sixth sense about where keys and other inventory items need to be used and records that information for the player's benefit. With my dependence on her clues, my total play time came in at just over four hours, though any more than that without help would simply have been aimless wandering. 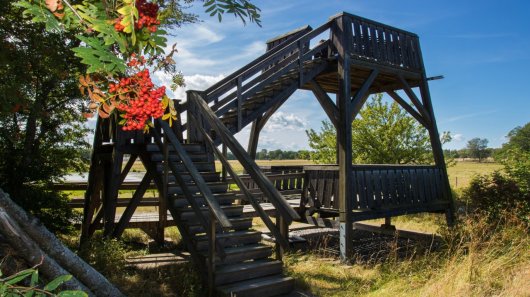 In real life, missing person cases are quite serious affairs. However, even though Henrik has been gone for over a week, Carol’s not in any particular urgency to investigate. She frequently encounters people who tell her they can provide assistance but only after she’s done chores for them. In one such case she needs to visit a variety of historical or informational sites around the city to solve a series of puzzles and riddles that Henrik created as part of a tourist walk before his supervisor will give you the next clue to the actual case. In another instance, Carol’s old friend Stina will only help her after she’s gone to a playground and retrieved several items that Stina’s young daughter dropped there.

Even when Immodia later texts Carol with an actual hard lead on Henrik’s whereabouts, Carol still doesn’t seem too interested in it. Instead, she goes to the area in question to find an inventory item to help her with another errand for another character elsewhere. The whole mystery aspect almost feels like an afterthought to justify Carol solving puzzles across the city, especially when the game abruptly comes to a conclusion, ending with several pages of wrap-up text that somehow still don’t tie up all the loose ends of what little story is present.

The puzzles themselves are a mixed bag. Many of them are simple find-the-key-to-open-the-locked-door tasks. I was excited when I got both a crowbar and a hairpin, thinking I could finally dispense with all the locks and move ahead. Sadly, the crowbar vanished from inventory after only two uses and the hairpin only lasted for one, like any other key. Some of the other puzzles are more interesting, such as visiting a museum and having to count various similar objects to use as a combination code, or when dealing with another lock that uses a series of beeps to match buttons to numbers. This latter puzzle may prove challenging for hearing impaired players, as no visual indicators accompany the beeps to help with button identification. 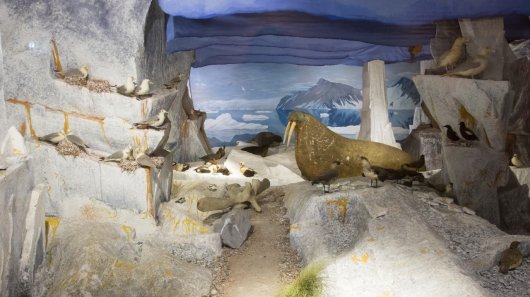 Aside from the one combination puzzle, the audio remains largely in the background, at least with a little tweaking. The different exterior locations Carol visits have appropriate ambient sounds like the chirping of birds or rush of wind, while the interiors feature the more localized tromp of feet on stairs or kachunks of doors being opened. Your adventure is also accompanied by a more or less constant synth score. I initially found the repetitive nature of the short music loops really intrusive, so after about ten minutes I had to go into the game options and crank the volume way down. Once I had it at a near-subliminal level, it worked just fine for me.

Conversing with suspects is done using close-up still shots of real people. In fact, the camera seems to have been a bit too close in some instances, as several people have a flash-induced shiny, glassy-eyed stare; the resultant expressions are a little disconcerting. Talking to other characters is, again, a very linear process. A notepad pops up in traditional mystery game fashion, but it only presents one line of dialog to say at a time. You click that line, the suspect responds verbally and then you are given a new line to continue. In such a way, you proceed through the entire conversation until you reach the end, with no opportunity to freely ask about different topics.

The voice acting is also hit-or-miss. Many of the characters sound downright bored, as if they’re reading from a phone book. A few of the livelier characters, such as Henrik’s daughter Johanna and Stefan Habler, a man who lives in a tree, suffer from noticeable breath pops in their performances. It all feels rather unpolished. The staid Brit Carol Reed comes across the best, and it would have been nice to hear her pleasant voice when selecting lines from her notepad, which are only printed in text and aren’t voiced themselves. 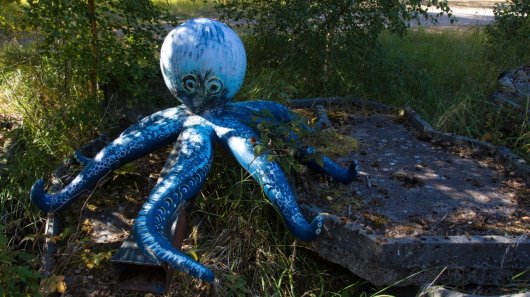 The one area where The Birdwatcher does excel is in its depiction of distinct Swedish locations. As with previous games in the series, all environments are comprised of photos of real-world locales. Norrköping has some genuinely fascinating places to explore, like a small pseudo-village with tiny residences built into the stumps of large trees, various birdwatching nature areas, a long dock whose planks are etched with names, and even the cramped and eclectically cluttered houses that Carol gets to snoop around in.

While the photography is quite good, the game does occasionally suffer from problems inherent in many first-person slideshow games. Most of the nodes you move through have four photos each, which you can rotate through in ninety-degree increments by clicking the left or right side of the screen. However, there are a few places that have a different number of views per node, which threw me off in my navigation of those environments. Henrik’s summer house was particularly bad for this, and even though I visited it numerous times, I kept getting turned around such that I’d accidentally wander back outside or conversely be unable to find the exit when I did want to leave.

The verisimilitude of The Birdwatcher’s real-world locations also means a level of detail that sometimes works against the play experience. When faced with a shelf containing multiple cameras that are all part of the background and you have to find the one area that is actually interactive, it can be pretty challenging. Fortunately, a hotspot highlighter can be triggered with the tap of a key. As with the objective hints, the farther into the game I got, the more I came to rely on the highlighter as I tired of trawling the screens for active hotspots. It would have been great if the hotspots were designed to be more eye-catching organically rather than blending inconspicuously into the scenery. 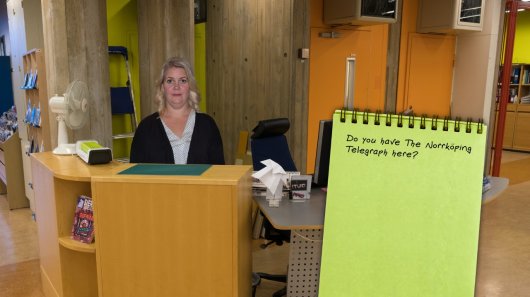 The rest of the interface is quite straightforward. The mouse pointer changes to indicate where you can move, get a close-up, pick up objects, or use something from inventory. To use an item you’ve collected, simply click on it in your inventory and then on another object or hotspot you want to use it on. Close-ups of inventory can be viewed with a right-click and exited with a left-click (a difference that threw me off initially). The game also kindly features a progressive autosave as well as allowing for a good number of manual saves.

As the first game I’ve played in the Carol Reed series, I found The Birdwatcher to be an interesting tour of some peculiar locations in and around Norrköping, Sweden, but the occasional clever puzzle serves as the only other real highlight in what’s otherwise a collection of very basic and somewhat dull key-and-lock or fetch quest experiences. The missing person case that’s supposed to make Carol Reed famous is so thin as to feel like it was tacked-on at the end. Even Carol only takes it because she has nothing better to do, and is easily distracted by other concerns of much less importance. Those who have enjoyed previous games in the series or who just want to go on a virtual walkabout will likely find aspects to enjoy. Those searching for an engaging mystery would do best to look elsewhere.

The Birdwatcher makes for a somewhat enjoyable walking tour of Norrköping, but the detachment of story and gameplay makes for a surprisingly disengaging mystery.

GAME INFO The Birdwatcher is an adventure game by MDNA Games released in 2018 for Mac and PC. It has a Photographic style, presented in Slideshow and is played in a First-Person perspective.

What our readers think of The Birdwatcher

Most of the game was spent navigating trying to find out where to go..Boring..Completed it and already forgot what story it had...Had most of the problems Carol Reed games usually have,especially terrible voice acting... I... Read the review »