The Slaughter: Act One review

An unidentified menace is terrorizing the streets of London in the 1880s, brutally murdering prostitutes and whipping the public into a frenzy. People are referring to him as “The Ripper”. Sound familiar? It sure sounds like The Slaughter is about one of the greatest real-world unsolved serial killer cases of all time, and indeed the debut adventure from indie developer Alex Francois at Brainchild Productions has been heavily inspired by Jack the Ripper. However, this game takes place several years earlier and is not meant to be a realistic interpretation of the Whitechapel murders, but rather an original story about a down-on-his-luck detective assigned to a related case. Partially crowdfunded through Kickstarter, Act One in this planned noir-style trilogy is an interesting prelude. It’s a little thin on story and character development so far, but it nicely sets the stage for the remaining two episodes to come, and its charming retro graphics really bring Victorian era England to life.

The game centers around Sydney Emerson, a private investigator who is only scraping by and not altogether stable. Sydney is a likeable protagonist, though he isn’t very fleshed out as a character just yet. The fact that he is barely making enough money to live makes him a sympathetic figure, while his gambling habit gives him a realistic vice. Sydney also has a sense that someone is always watching him. He does runs into danger from the killer, though it is not possible for him to die in this first act. But what makes Sydney really stand out are his trippy dreams. Some of the dreams early on are playable, involving Sydney looking at the objects around him in order to wake up, which conspire to slow down the pace and not add anything to the story. The later dreams tend to be purely cinematic, however, and these are the ones that effectively add tension.

With the story still in its early stages, so far there aren’t any apparent suspects for who might be the serial killer. The tale begins with Sydney pursuing one of his day-to-day cases, finding a lost dog. Before long he is tasked with retrieving from police custody the heirloom of Alice, one of the murder victims, which involves sneaking into the mortuary since he has no official police standing. He is also paid to look into who killed Alice, and the rest of the episode revolves around trying to get information out of the last person who saw the Ripper. Hopefully the next installment will delve more deeply into the mystery, since the first one provides very little detail about the murders. 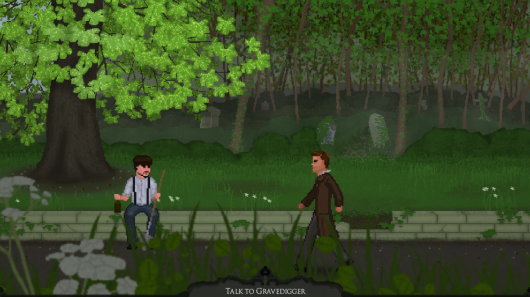 Sydney can gossip with the bartender about other things going on, like the rumors of shady dealings at the local hospital, which may play a bigger part in the following episodes but have no further bearing here. There are many other characters Sydney interacts with as well, including his easy-going landlord Eldon Colchester, the very young owner of the local gambling house Mr. Finch, Sydney’s friend Cedric Wolfwinus, and the sister of the deceased, Mrs. Polly Marwood. A gypsy woman tells Sydney to stop by later for a reading, but the opportunity to do so hasn’t become available just yet. Like Sydney, none of these characters have much depth at this point, but that’s to be expected in an opening chapter. 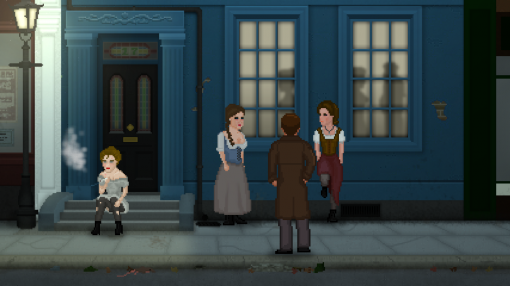 The Slaughter is a standard point-and-click affair, the left mouse button controlling where Sydney moves and interacting with hotspots, and the right causing Sydney to observe and comment on them. Whenever Sydney comments aloud about a character, the person usually hears him and replies back, which is very amusing. Conversations typically offer a choice between two or three options, but they don’t change the story much beyond the other person’s immediate response. Dialogue can be skipped through by left-clicking to advance. The cursor glows when hovered over an interactive object, and its name pops up to identify it. Unfortunately, this brings us to one of the game’s biggest flaws: hard-to-see hotspots. There are multiple times when items like soap or a piece of paper can be difficult to find, and one hotspot in particular is virtually the same color as the background that conceals it, making it frustratingly easy to miss. The inventory can be brought up by moving the cursor to a bar at the bottom of the screen, where items can be combined or used in the environment. Strangely, some inventory is automatically used when the hotspot is interacted with directly, while other times the correct item must be chosen first. 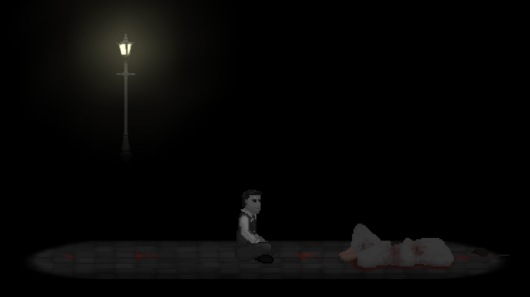 Inventory obstacles make up most of the challenges in Act One, the puzzles integrated well into the story for the most part. One fun example is when a bouncer stops Sydney from investigating a club that was the last place Alice was seen alive. The only way Sydney can join the club is to beat the man in arm wrestling, which Sydney would never win in a fair fight. The puzzles aren’t particularly difficult, as the solutions make logical sense and there are only a handful of items to collect, usually from just two or three current locations with a few different screens to search. 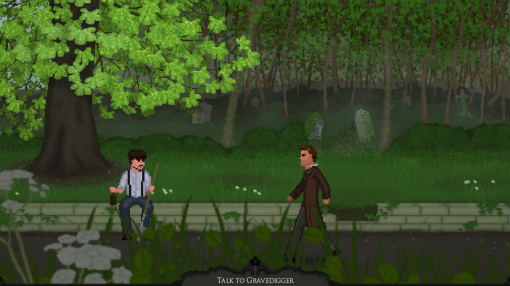 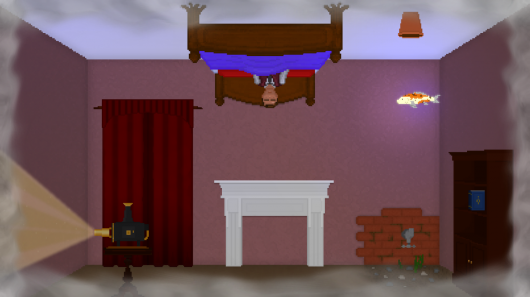 The only puzzle that isn’t inventory-based is a minigame of “shove ha’penny”. The object is to slide a penny horizontally into each of nine different columns without touching the lines before your competitor does first. You control both the directional aiming and the pressure used to slide the coin (as displayed by the length of an on-screen arrow). The minigame is as much about luck as skill, since the coin can travel differently even with the barest of changes. By the time I started getting the hang of how far the coin might travel, the opponent had won. You can keep trying, but the timing demands make the task less enjoyable. Sydney must win before you’re able to progress, with no way to skip the puzzle even after a few failures, which can be very frustrating. (Correction: According to the developer, a skip feature does become available after failing the game three times in a row.)

Victorian era London is brought to life with detailed pixel art graphics. Sydney wanders through many different parts of London, from his flat and The Crimson King Pub to real-life locations that include Regent’s Park and St. Pancras mortuary. The city’s atmosphere is conveyed well, with different scenes taking place in the rain and fog for which London is notorious. The backgrounds have splashes of movement in them, like leaves falling off of trees, and a sense of depth is brought across wonderfully, as items layered in the foreground stay in place while Sydney moves in the background. Sydney’s dreams start off distinctively surreal, like his bed appearing on the ceiling and a fish swimming by in mid-air, but later dreams take place in realistic locations, some of which he has visited, making it hard to decipher whether he is really dreaming or is actually there. The character models are a bit less detailed that the backgrounds, but they have animations like blinking and Sydney fixing his tie when idle too long. The walking speed is slow, however, with no way to run or auto-exit a scene. There is, fortunately, a wonderful map recreated from the real London, which can be used to jump to the different locations around the city. 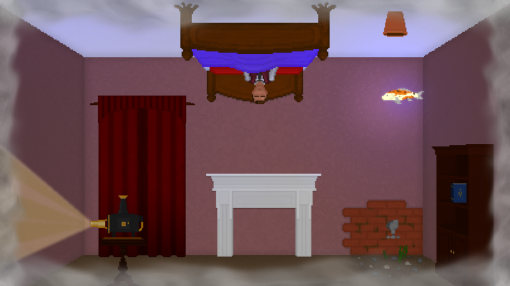 Though there isn’t any voice acting, the sound design is mostly very good. The music varies from soothing piano to slightly haunting violin pieces, each track fitting its respective scene to add to the increasingly tense atmosphere. The ambient sounds are also convincing, from crickets chirping in the background and the sound of hooves on cobblestone. The exception is the lone sound of laughter, which is very scary and jarring, sounding like an evil character laughing maniacally even when it’s a good character actually laughing.

What our readers think of The Slaughter: Act One