"November 9th. The world ended 20 years ago today. ... Twenty years, and the citizens are still dying on the streets. Twenty years and I'm no closer to fixing my mistake."

With these ominous words begins Shardlight, the latest title from Wadjet Eye and writer/designer Francisco "Grundislav" Gonzalez, known previously for the Ben Jordan series and more recently for A Golden Wake. This latest effort is a bleak yet stylish and ultimately hopeful take on the post-apocalyptic future. From an early look at the first third of the game, my initial impression is that its languid pace and occasionally tricky puzzles may not suit everyone, but for those with the patience to become fully invested in this world, Shardlight looks set to be a moving and distinctive experience.

You play Amy Wellard, daughter of the mechanic and (as it turns out) sometime-revolutionary Cooper Wellard. As the game opens, revolution doesn't concern her nearly so much as the Green Lung she's recently contracted. Ever since the bombs dropped and irradiated the world, Green Lung has been endemic. There is a vaccine, but it's tightly controlled (just like everything else) by the ruling Aristocracy and the only way for someone like Amy to get a dose is to enter the vaccine lottery. And the only way to do that is to take on a government job, the kind of job nobody else will do but which pays in lottery tickets. In fact, we soon find out that this particular job (repairing a malfunctioning fusion reactor) has already claimed at least one person’s life.

While the lucky few live in grand houses surrounded by the best of everything – including all the vaccine they need – the rest of society huddles in the shattered remains of bombed-out cities, scavenging for anything usable and struggling to grow anything at all in the poisoned land. Resources such as medicine, energy and even knowledge are tightly controlled by the Ministries, which answer only to the Aristocracy. The scent of revolt is in the air, but after the brutal quelling of previous rebellions by government forces the resistance has gone underground, biding its time. Although she’s a fine mechanic in her own right, it's not long before Amy finds herself drawn into the other side of the family business and the shady world behind the Aristocracy's opulent façade.

As if that wasn't enough to contend with, the Reapers are lurking around every corner. A strange death cult, they believe it is a blessing to be taken by their grim namesake, to die and be freed from this awful world. They also believe red-eyed ravens are harbingers of the Reaper and will flock to those about to die. It should probably be no surprise that such a cult would arise, especially given that ravens have long been associated with death and lost souls, but to see characters taking such delight in the prospect of death is genuinely creepy. As to what role this cult will play in the grander plot, though, that remains to be seen. 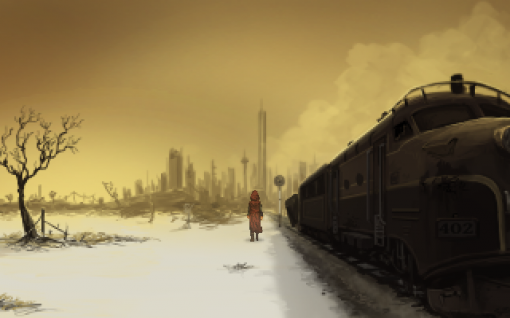 The world of Shardlight is certainly unique. Sure, it's yet another post-apocalyptic dystopia, but it's a dystopia with style. Even though it's set in the late 21st century, two decades after a nuclear war, everything in it harks back to the past. From the architecture to the broken-down cars, you could believe the bombs dropped in the 1950s, not the 2050s. Then there's the Aristocracy, who've borrowed their sense of style directly from the French Revolution and their idols (and names) from the Romans. The Reapers, in turn, prefer to revel in Victoriana, with their formal black coats and top hats. Yet despite all that, a sprinkling of more futuristic technology (such as a touch-screen navigation system and a fusion reactor-in-a-jar) reminds you not to be fooled: this is indeed the future, albeit a future that is obsessed with the past. This is a game steeped in history, even as its characters appear to have forgotten history's most important lessons.

The presentation is pure Wadjet Eye. If you've played any of their recent games, such as Technobabylon or the Blackwell series, you'll know to expect gorgeous retro pixel art, high-quality voice acting and atmospheric music. Shardlight's world is broken-down, exhausted, clinging to life, and that's clearly reflected in the art, which is all barren earth, stone and low-key earth tones, mixed with a distinctly queasy radioactive yellow. Against that, though, the shards of green glass that give the game its title and largely illuminate the town stand out. As do glorious sunsets, a sparkling pool of reactor-cooling water, and windows glowing with sunlight, Artist Ben Chandler has really taken the opportunity to play with the effects of light to liven up what could otherwise have been a dull presentation. And every scene is brought to life by ambient touches such as fluttering signs and flags, rippling water and lazily spinning windmills. The town's market district is also bustling with pedestrians and potential customers. 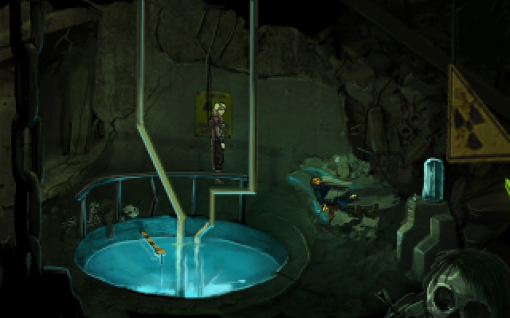 There's also a fine variety of locations on offer, from the initial underground bunker which you escape only to find yourself in Gothic moonlit ruins, overlooked by spooky ravens. Then there's the market, which has the feel of a middle east warzone decorated with tattered flags and canopies, the grand homes of the rich (varying from French palatial to traditional country house), and the more present-day, functional look of the Ministry. Each area has its own distinct feel and style, drawn from a wide range of time periods and places and yet somehow forming a unified whole.

Musically, the tired and wistful mood is reinforced by a score dominated by plaintive acoustic guitars, languid pianos and harps. It's not sad or hopeless, more the peaceful resignation that comes from having nothing left to lose. Combined with the creaks and groans of the ruined city and the whistling wind, it creates a powerful atmosphere.

The whole pace of gameplay is just as relaxed; you're encouraged to take your time and smell the roses. Every character you meet has plenty to say for themselves, a backstory to reveal if you're patient. (Which means it's just as well that the voice acting is so good!) From the market trader desperate to protect his children from Green Lung, to the peevish aristocrat who resents leaving his comfortable mansion to get treatment, to Amy's black sheep artist/forger brother, they're an interesting and varied lot. Even if none stand out as particularly quirky or unexpected, they help to add texture to the world. If you're after excitement and high-octane action, though, this is not the title for you: there's rarely any great sense of urgency, and the story is only revealed slowly. In fact, after playing the preview version (which itself took me 3-4 hours to play through) it felt like the larger plot was only just getting started. 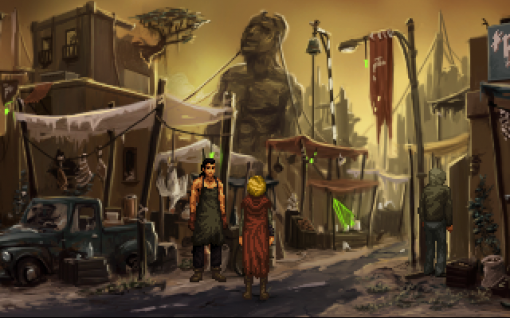 The puzzles I encountered were mostly inventory-based, apart from a couple that required wielding a piece of chalk or a crayon to uncover clues. They feel pretty organic for the most part: you may be running around doing favours for people so they'll help you out in return, but at least the tasks feel natural in context and don't require any great leaps in logic. One even taught me a bit about activated carbon filters! They can demand a bit of thought and careful investigation of each area, but they're never unfair.

Based on what I’ve seen so far, there's much to look forward to here. With the slowly-revealed plot, it's too early to say just how deep or significant the story is going to become, but Shardlight has already shown that it has atmosphere in spades, and isn't afraid to break away from the generic post-nuclear wasteland stereotype to build a world rich in its own history and culture. The relaxed pace and garrulous characters may be off-putting for some, and the low-res graphics – as beautiful as they are – may not be to everyone's taste either, but for those willing to dive in and experience the adventure on its own terms, there looks to be an immersive and memorable journey in store. I for one can't wait to see where Amy's path takes her when Shardlight is released next month.

In memory of Astrid Beulink 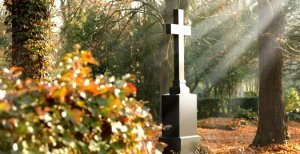