continue reading below
» Home / Articles / Reviews / Agent A: A puzzle in disguise review

Review for Agent A: A puzzle in disguise

We get a small commission from any books sold.
All Bitmap Books
Written by
Merlina McGovern — January 11, 2016

NOTE: Since time of writing, this game has received significant new content updates free of charge. This review reflects only the original version of the game.

Do you ever pad around in your bathrobe on a sleepy Sunday morning imagining that your medicine cabinet is actually the access panel to an uber-elaborate spy pad, or that your morning crossword pen is really a super-slim spy gun? Well, that’s probably not going to happen in real life, but if you’re hankering for some light spy fun and puzzle action, Agent A: A puzzle in disguise is a brief spytastic interlude by Yak and Co. This amusing little iOS adventure game has a jazzy retro feel with enjoyable puzzles, even if it is fairly short on story and substance.

In this 2D puzzler, you’re Agent A, a fashionable spy who has just received a new mission from her boss, Chief Ermin D. Skies. He tasks you with following up on the nefarious Ruby La Rouge. She’s beautiful and dangerous, wearing a pale kerchief on her head and large pearls draped around her neck, and as your boss says, she’s got a reputation for dismissing agents such as you. After a flashy trip to a luxury liner that ends with a bottle of wine and an explosion, you’re headed to La Rouge’s house to learn more about her and why she’s intent on taking down your colleagues, hopefully before she takes you out as well. 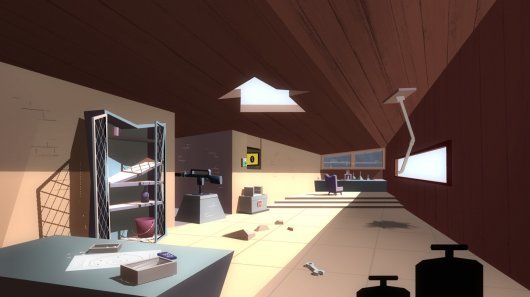 Ruby’s manse is gleaming, white, and Frank Lloyd Wright-esque. As you approach, there are no sparkles or other highlights indicating hotspots. You’ll just examine your surroundings in first-person perspective and tap on anything that looks interesting. This is quite a joy as the ‘60s-era cartoony graphic style is cool and clean and elegant. Crisp horizontal lines of a floating staircase are a hip contrast with the rounded slate curves of a stone wall backing a built-in fireplace, while egg-shaped chairs hover above an infinity pool; all trappings of a midcentury mansion.

The minimalist abode cantilevers out over the ocean, where you can hear gulls crying and waves gently splashing on the shore. Once you enter the house, the soothing sounds of a crackling fire meet you. And it’s not just the audio that will draw you in; in addition to the opening cutscenes filled with fireworks and zippy speedboats, there are also fun background animations including lazy grey sharks swimming amidst floating bubbles in an indoor – yes, indoor – aquarium, water sluicing between geometric water features, and hidden panels whispering open and shut as you explore.

To see those sharks, however, you will have to first make your way into the house. Like any good spy story, what seems perfectly innocuous often hides something more complex. Though La Rouge’s style is tastefully understated, she certainly has an elaborate mailbox, which you must of course break into. Pretty much everywhere you turn, you’ll encounter some secret control panel that must first be unlocked and then used to access a different puzzle or part of the house. 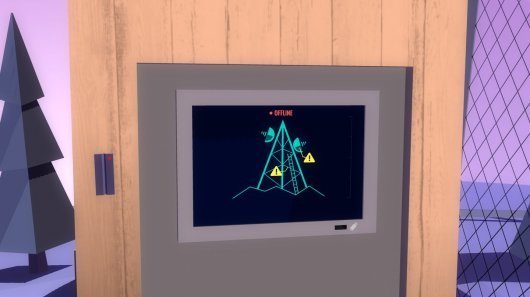 You’ll continue to use simple finger taps to explore the rest of Ruby’s home. Tap on everything, leaving no plant unexamined or furniture unmoved. Tapping on an interactive area of interest will zoom your view in closer, and a back arrow will appear in the zoomed-in view that you can then tap to click back out. Doing so will allow you to discover and pick up inventory items, such as puzzle pieces, keys, and other items that will allow you to progress further.

The house and its multiple rooms, from a cozy living room to a book-filled library to a mundane garage, are pretty much the only places that you’ll be exploring in the game. Fortunately, there are a lot of observations made by the protagonist, which makes the game world feel a bit larger, a bit more fleshed out. Tap on a fountain and Agent A notes: “A lovely water feature. It has soothed my soul but is of no further use to me.” Tap on books in a library and you’re met with: “Impressive collection. I wonder if she has any Fleming.” The conversations and snippets of dialogue – only with yourself, of course, as you won’t meet any other characters aside from your boss in the opening and fleeting glimpses of Ruby throughout – are all jaunty and super-aware that this is a '60s-style spy game. The only voice work you’ll hear are a few bits from Ermin and La Rouge, with both actors bringing a bit of verve to their characters.

Along with basic observations, you’ll also see and hear various things move or make sounds as you tap on them, such as piano keys plinking or plant vases falling over. In fact, I spent quite a while just tapping out tuneless tunes on the piano in my playthrough (though you will need to play it properly later on during a repeat-the-pattern puzzle). Items that you can actually pick up move into your right-hand inventory bar. You can then tap on needed objects there and drag them to various locks and puzzles in the environment as you explore. 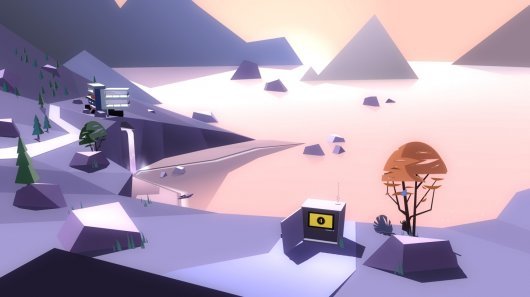 Exploration and simple puzzles make up the bulk of the gameplay as you first investigate and then attempt to escape from La Rouge’s house after she locks you in. Though why she would lock you, a super-competent and super-fashionable spy, in her house where you can investigate any evidence she may have left behind rather than actually eliminate you is beyond me. But spy villains rarely do anything the easy way, and Ruby is no exception.

More elaborate puzzle locks are also sprinkled throughout La Rouge’s abode. You’ll spin concentric circles to line up dots to crack a safe, find shapes to open up a lock, and navigate a key through an aquarium maze using your finger. That puzzle was a bit finicky for me, but not overly so, making the resolution satisfying when I succeeded. For a short game there is a nice variety to the puzzles, even if they aren’t that difficult. Some involve observing how your actions make changes to the environment. Pay attention to everything around you as placement, arrangements, and subtle changes provide necessary clues. Like the minimalist visual style, several puzzles involve simple mechanics such as remembering particular primary color patterns or shape order, with one memory puzzle testing the limits of my recollection. And finally, one puzzle requires you to have fast reflexes, but even at my advancing age I was able to finish it; another example of gameplay having just enough challenge to be fun but not so much as to become annoying. 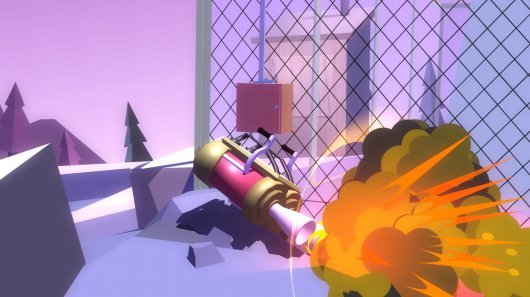 What is a bit annoying is the gender stereotyping going on in the game. It’s great that both the protagonist and antagonist are women. Heck, they’re really the only characters in the game, but the story relies on the tired trope of superspy equals super-fashionable woman as a crutch – both Agent A and La Rouge are the height of chic. Some of the few things you learn about Ruby are that she is fairly superficial and has expensive taste in French perfume and stocks up on anti-aging cream. When attempting to move a sleek black cat from a couch without the right inventory object, Agent A observes: “Yikes! I guess this kitty cat doesn’t like secret agents with impeccable dress sense.” Given that Agent A is certainly capable of overcoming an ornery cat in any attire, yikes indeed. Still, for the most part, Agent A’s observations are humorous more often than sexist. Tapping on some boxes that you can’t use doesn’t just result in a sad adventure game standard reply. Instead, you get: “Some containers filled with diddly and others filled with squat.”

The humor and light but fun puzzling managed to entertain me for the two hours or so it took for me to complete the game. I say “complete,” but I really mean get to the “to be continued” end. There is no real resolution at all to your character’s mission, which represents just a wisp of a story – all style and fairly little narrative substance. You don’t learn much about yourself or about La Rouge, even though you explore her house from top to bottom. It’s all a bit sterile, though your explorations are done in the coolest retro fashion. Still, for iOS owners this is a nicely put together little diversion for an afternoon. If you have a couple of hours to kill, you just might want to take a shot at Agent A: A puzzle in disguise.

WHERE CAN I DOWNLOAD Agent A: A puzzle in disguise

Agent A: A puzzle in disguise is available at:

Agent A is a little amuse-bouche that should somewhat whet your appetite for the next tale in this hopefully ongoing iOS spy series.

GAME INFO Agent A: A puzzle in disguise is an adventure game by Yak & co released in 2015 for Android, iPad, iPhone, Mac, PC, PlayStation 4, Switch and Xbox One. It has a Stylized art style, presented in Realtime 3D and is played in a First-Person perspective.