continue reading below
»   Home  /  Articles  / Interviews  / Will Byles - Until Dawn

Will Byles - Until Dawn interview

Player choice in narrative-driven adventures is becoming more and more prevalent these days, and nowhere is that more evident than in Sony's recently released interactive thriller Until Dawn. We'd hoped to catch up with Supermassive Games' Executive Creative Director Will Byles prior to the game's PS4 exclusive release, but with crunch time upon the British studio, we weren't able to do so until now. Still, better late than never for some first-hand insight into the game's approach to player agency in what is effectively an interactive horror movie. After all, your life may just depend on it.

Hi Will, thank you for taking some time for us. Since many of our readers may not be familiar with Supermassive Games and your new PS4 exclusive horror game Until Dawn, what can you tell us about the concept and story behind the game?

Will Byles: Until Dawn is basically a horror movie that you play. There are eight friends stranded at a lodge on a mountain when things start getting strange.

Ingmar: Which horror movies or horror games do you consider a direct influence?

Will: The movies and games from which we took inspiration are many and varied. From classic movies like Psycho, Friday the 13th, Halloween, Scream and Final Destination to great games like Fatal Frame, Silent Hill and Resident Evil. However, we’ve used them more as navigation touch points for the player to allow them a familiarity with what they ‘think’ is going on.

Ingmar: What kinds of interactive elements does the game feature?

Will: The game has all the usual interactive elements that you’d expect from an adventure game. Exploration, clue collection and deduction, action sequences, combat and shooting, but at the heart of the game is choice. Choosing what to say and to whom. Choosing between two dreadful options that may kill you or your friends. This is more like a game of chess where you need to gather as much information as you can to be better informed to make wiser choices, but also to be thinking two or three steps ahead.

Ingmar: How do the action sequences work?

Will: Action sequences work by using different methods of producing fear and panic. Choices become timed, occasional QTEs throw in a curveball, and the motion sensor will detect your ability to remain completely still. 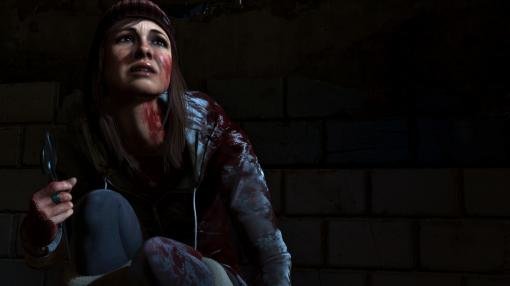 Ingmar: What mechanisms will you be emphasizing to create and sustain fear? Will there primarily be real dangers to avoid physically, jump scares and gore, or is the game all about creating tension through psychological horror?

Will: We wanted to try something completely new but using familiar surroundings, so we stuck to the traditional, ‘terror, horror, and disgust’ triumvirate of scares as well as a peppering of cat scares, but we had an extra twist: Death. Unlike other video games we made sure that when you die, you stay dead. No getting better and trying again. With this we believe that we can build a level of tension above that for film or traditional video gaming.

Ingmar: I’m under the impression there’s also a bit of humor involved. How would you describe the kind of humor in the game?

Will: Clever script writing from Larry Fessenden and Graham Reznick has hidden depth that allows it to be perceived on different levels. The humour is not overt but subtle and there if you can see it.

Ingmar: Is there an actual HUD (heads-up display) in the game?

Will: There is no direct HUD in the game other than when shooting. There are also on-screen graphics that allow choices to be made and a front end to clarify your status, both emotionally and game-wise.

Ingmar: Choice and consequence is obviously an important aspect of Until Dawn. How do you handle this concept within in the game?

Will: Choice and consequence is at the heart of Until Dawn. There are hundreds of them and you never know which ones will kick off a butterfly effect. The butterfly effect is a series of small consequences cumulating to create something far more significant. Maybe life or death.

Ingmar: How many endings will the game have, and what can you tell us about replayability in general?

Will: The game has thousands of paths to hundreds of variations of the end. On one playthrough you will have a full and finished story but of course you can replay and make different decisions and see how that plays out.

Ingmar: I’ve heard that the game has changed quite a bit since you originally announced it as a PS3 Move game. In what way is Until Dawn circa 2015 a different game than what it was supposed to be in 2012?

Will: It used to be a first-person Move-controlled game aimed at a slightly younger audience. Moving to the PS4 allowed us to aim for much better graphics and lighting and an older audience so we could make it much darker, and of course we switched from first-person to third-person cinematic. 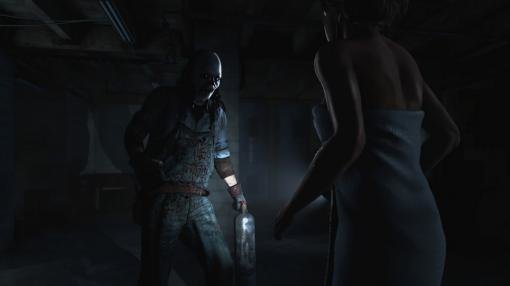 Ingmar: What goals are you primarily trying to accomplish in Until Dawn?

Will: Above all we are trying to entertain. Horror is a great way to do that (if you like horror), because after every scare, there is laughter. In a group it makes for a very social experience.

Ingmar: How much of an impact has the work of David Cage and Quantic Dream had on your own design concept?

Will: Obviously there is a lot we owe to Quantic but we feel we have moved in a different direction as far as content and style are concerned.

Ingmar: What’s your take on the Telltale approach to story-driven games? Do you consider some of their work a direct inspiration for Until Dawn?

Will: One of the great things Telltale gave us was the “….. will remember that” text. It was imperative that we told the player when they had done something that will affect the future of their story. 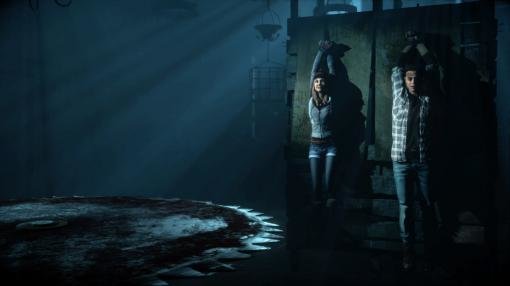 Ingmar: Other than a short-lived period in the 1990s, interactive movies have been largely neglected over the years, yet there have been some very successful examples of them recently. Why the sudden resurgence of this approach, do you think? In addition, what future do you see for this kind of experience, and in what ways do you think interactive movies still have room for improvement?

Will: I hope that the genre grows and becomes more popular. There is always some resistance from people who either don’t like or don’t understand the genre but it’s apparent that there is an appetite for this kind of game. As technology gets better I believe that we will see better seamlessness between actors’ performances and game models, writers and designers, Directors of Photography and graphics, and that will help to widen the audience.

Ingmar: Again, thanks a lot for taking time for this interview. All the best with the release of Until Dawn! 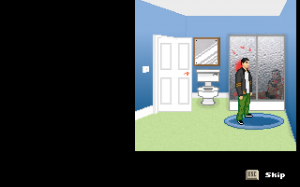