Review for Home Is Where One Starts…

Home is Where One Starts…

What is home? A house? A memory of where you grew up? A sense of familiarity and comfort? Home Is Where One Starts... is an exploration game that leads you to ask these questions without giving definitive answers. Located in a rural stretch of the American south, it sets its roots alongside games like Dear Esther and Gone Home, using brief narration, individual discovery, and the handling of personal relics as a way to tell a vivid story.

The adult narrator relives a morning from her childhood when she missed the school bus, giving her a chance to roam about unsupervised. She describes her thoughts and feelings at the time, interpreted from a grown-up perspective. There was something in the air that day, a realization of change within herself that only now does she fully understand – but also the prospect of an upcoming event hinted at by a mysterious letter. The narrator recalls her strong connection to the land around the mobile home where she and her father used to live. At various times, among other landmarks she remarks on the pond across the road, hay that has been freshly harvested, a fort in the woods constructed from metal siding, and a work of stencil art in an abandoned shack.

Positive memories of fields and woodland creatures contrast with painful memories inside her childhood home. Mounds of garbage and the rusty remnants of vehicles and old appliances are strewn around the outside of the trailer. Bottles, cans and cigarette butts clutter the interior and mold clings to the living room walls. Certain objects speak to the contrasting personalities of father and daughter. A painting and book in her father’s bedroom disclose his interest in warfare; a shattered bathroom mirror reflects his anger. Posters and folded paper cranes in the girl’s room display her fascination with flight – perhaps an escape from this impoverished home. A highlighted passage from “The Book of Job” implies an adult-like acceptance of tribulation that no mere child should experience. 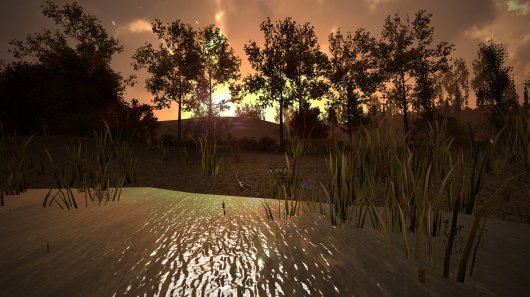 Part of this game’s appeal is the particularly authentic environment. I’ve visited farms much like this homestead, with broken vehicles and farm machinery littering the fields, a month’s worth of garbage stacked behind the barn, and traces of local wildlife that have absconded with the leftovers. Often there is a desperate wresting of a living from the land that leads to disappointment and financial ruin for those involved. In the game the focus is more a tragic failure of character. The narration is well-voiced, clear and expressive, though I expected more of a southern accent. However, no accent is certainly much better than the often exaggerated southern drawls I’ve previously encountered.

The real-time 3D graphics draw you into this idiosyncratic glimpse of rural America. You frequently bump up against boundaries, however, as the world is very self-contained. This amplifies the sense of isolation and abandonment that the game strives to achieve, but also leads to frustration when the vistas just over the fence are unreachable. The sunrise creates delicious plays of light over branches and shrubs and desiccated thistle shoots, including an occasional lens flare effect.

Sometimes the graphics call attention to themselves by unintentionally thwarting the otherwise consistent sense of realism: a strip of pavement that vibrates, foliage that pops into existence as you approach, or flat, distorted leaves lining some of the branches. Animations are occasionally odd, such as the trees that glitter as they sway in the wind. But other animations are lovely, particularly the thistledown floating along the breeze and birds flying overhead, silhouetted against a gold and coral sunrise. The sound layer is rather sparse – the background music is eerie and evocative, but repetitive. Sound effects like the crunch of footsteps, the occasional rustle of leaves, and the call of birds are convincing. 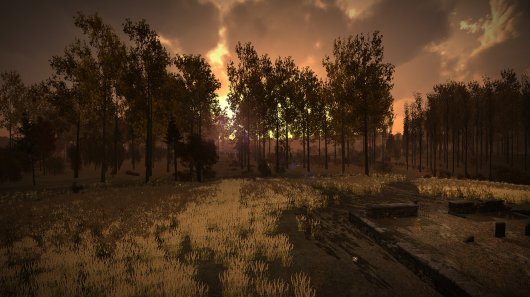 In addition to the narration, the story is advanced by viewing and picking up objects. The mobile home contains multiple interactive items, most of which can be located quickly. Outside, items that can be examined are harder to find – I stumbled across one every five minutes or so. Some objects represent the paraphernalia of childhood: a backpack shaped like an elephant, a baseball bat, a music box. Others indicate untold secrets: an ancient chimney, a torn photograph, a private cemetery. Parts of the landscape that are particularly significant, where either the girl or her father once lingered, are marked by small patches of colorful flowers. The seemingly haphazard displays of curios, books, toys and trash turn out to be deeply symbolic, their meanings becoming more apparent with each playthrough.

Home Is Where One Starts uses a first-person perspective; you navigate the environments using the WASD keys while panning with the mouse. The unusual cursor, formed by curving lines that are permanently centered on the screen, glimmers when an object can be picked up and examined. The experience lasts about an hour if you take your time and explore everything thoroughly, but there is no save function – leaving the game means that you must start from the beginning the next time you play.

You can’t carry items with you, with a single exception that is automatically used when you click on the appropriate object. One locale requires you to crouch down to gain access (though you can also crouch in other places to observe environments from a slightly lower angle). You trigger the game’s ending by visiting all the main locations, and to some extent you are able to choose the place in which to say goodbye. The ending is exhilarating but very brief, and if you find and click on all the significant items in a single playthrough, the final location is transformed with lush, natural detail and a different outlook. There are also seven Steam achievements, all of which I was ultimately able to collect. 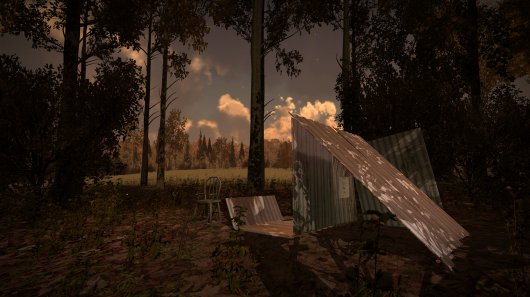 Intriguingly, the game's title is taken from “Four Quartets,” a poem by T.S. Eliot that I peruse a couple of times a year when I’m feeling philosophical.

“Home is where one starts from. As we grow older

Of dead and living. Not the intense moment


A solid adventure that is generally enjoyable, though it lacks enough polish or ambition to recommend without caution.

GAME INFO Home is Where One Starts… is an adventure game by David Wehle released in 2015 for Mac, PC and Linux. It has a Illustrated realism style, presented in Realtime 3D and is played in a First-Person perspective. 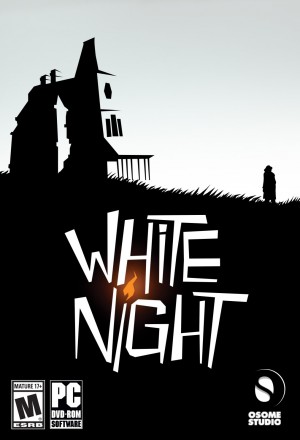