Wouldn't it be great to have a game store that's dedicated just to adventure games? We've always thought that would be very cool, and after giving it some thought we finally decided that the best way to make it a reality was to do it ourselves. Many developers agreed, and so we set out to build one!

Adventure games have become a thriving niche again thanks to a dedicated fan following. But with so many genres competing for attention, new adventure releases can still have a tough time standing out in a crowded marketplace. On the Adventure Gamers Store, we want to give all types of adventure games a home, whether they're classic style 2D point-and-click adventures, 3D narrative experiences, or Myst-style puzzlers--and whether they're made by small indie studios or come from larger publishers. Since the store focuses on a single genre, it can highlight games that we know you'll love and even introduce some titles exclusively from time to time.

We're very excited for Adventure Gamers Store to open its doors today, and you can browse the catalog now at store.adventuregamers.com.

The store is launching with an initial catalogue of 35 titles from developers including Daedalic Entertainment, Screen 7, Skygoblin, Deirdra Kiai Productions, Wadjet Eye Games, Zarfhome Productions and State of Play Games—and titles from many more developers and publishers are soon to follow.

Making its PC debut exclusively on the store today is the first episode of The Adventures of Bertram Fiddle, developed by Rumpus Animation. Previously released only on iOS, this traditional 2D point-and-click comedy adventure is now available for download on PC for the first time (it has not been released anywhere else!). You can check out more details on Bertram Fiddle here. 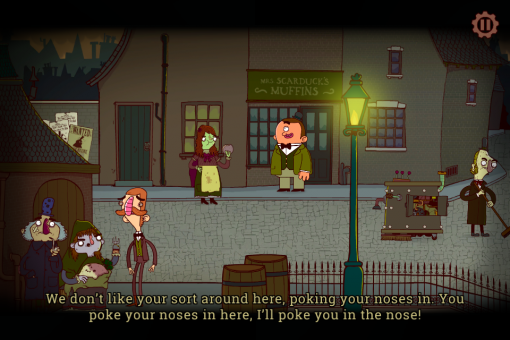 The Adventures of Bertram Fiddle: Episode 1

Another title available as of today is the remastered edition of ASA: A Space Adventure, developed by Simon Mesnard. This challenging Myst-style puzzler from 2013 has been rebuilt in an all new engine with higher resolution HD graphics, and can be purchased from the store as Steam key or DRM-Free download. 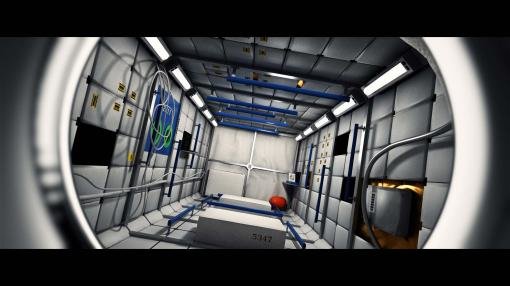 Our goal for the store is to bring together adventure games of all different stripes, whether that's 2D, 3D, point-and-click, puzzle-based or even interactive fiction (like the acclaimed IF Hadean Lands by Andrew Plotkin). Games are sold as DRM-Free download or as a license key redeemable on Steam, and we will aim to make both options available whenever we can.

While this is only the beginning, for the moment Adventure Gamers Store will be focused on PC Windows. Since we are E.U.-based the store also uses Euro as the default currency, though we hope to support USD and GBP in the future. (You can still purchase games regardless of which currency you use locally; the final price will be charged at checkout.) As our library of titles expands, adding currencies and other platforms will be obvious next steps.

Many more titles will be added to the store in the coming weeks and months, so be sure to check in regularly. To stay in the loop on new additions, new releases, and upcoming sales and discounts, be sure to follow the Adventure Gamers Store on Twitter or Facebook, subscribe to the RSS feed, or sign up for the newsletter (you can find the sign-up form at the bottom of any Store page).

P.S. Note that this store is different from the "Adventure Shop" which we helped promote from 2007 till 2012. Please read this important info if you were a customer at Adventure Shop.

rtrooney
Unless you are only selling to European customers, I think you ought to give $US values in addition to Euro pricing.

Ang
Gosh, yes! I've seriously wanted to play Bertram for ages, but since it was on IOS only I'd been stuck looking at it longingly. I'm really glad it's out, buying it straight away. It's nice having a store focused solely on adventure games. I'm definitely going to be following it closely, but as TechSmurfy mentioned unless there are some exclusives or collections or something that differentiates it from GOG, I don't know if there's any real incentive to buy from there - I would love to see AG reviews alongside the games, though, or be able to purchase steam keys or something, that would be great.

Marek
Miranna: I'm sure Bertram will appear in other places like Steam, but for now it's exclusive to AG Store.

TechSmurfy
That is great news! I wish you all the best :) I know this is a bit of a stretch at the moment, but you would really break new ground if you ported/translated/distributed interactive fiction and visual novels from the east, there are TONS of them and I don't think there is a big store that serves as a western portal hence the scattered fan translations over the years. On the core adventure front, I guess everyone's using either steam or gog these days, so it'd take either a few great deals (perhaps do some bundles?) or obscure and forgotten little gems that haven't yet seen the digital light of day (are there?). And promote them like hell.

Miranna
I'm confused : will Bertram Fiddle be eventually released on other platforms (like Steam), or will it forever be exclusive to the shop? I'm interested in that title, but I'd rather buy my game on Steam, no offense
Advertisement
announcement 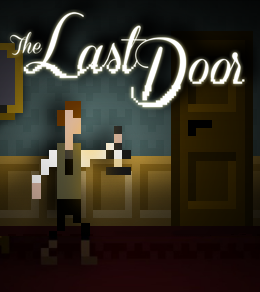