The Aggie Awards - The Best Adventure Games of 2014 page 9 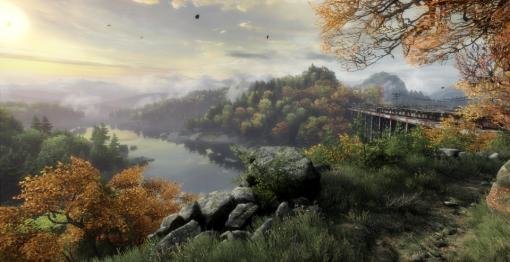 Great art comes in all different styles, and traditionally the Aggies have favoured a more distinctively hand-crafted look than those with cutting-edge graphical fidelity. This year is a different story. There are very few game environments rendered as realistically as Red Creek Valley in The Astronauts’ The Vanishing of Ethan Carter, which is essential for a game where the primary activity is wandering through the wilderness and exploring creepy abandoned houses.

The beauty is all in the details: the dense foliage, the sun glinting over the mountains and shimmering through the trees, the rusting water pumps in the dam, the rotting planks of untreated wood in the long abandoned homes. Look closely and you can see every pit and crack in every boulder, every nail in every plank of wood. There are scenes in the game that look all but photorealistic, thanks to an innovative technique where in-game models were generated from dozens of photographs of real world objects. The results speak for themselves. You’ll spend as much if not more time simply gawking in wide-eyed amazement as you do playing. It’s the next-best thing to actually being there, and for so fully immersing us in its richly detailed world, The Vanishing of Ethan Carter takes the award for Best Graphic Design of 2014. 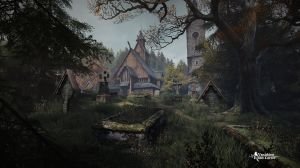 As computer graphics become increasingly realistic, there’s always a danger of falling into the Uncanny Valley. But if you’re The Vanishing of Ethan Carter, you bypass that unwanted destination and arrive straight at the jaw-dropping Red Creek Valley instead. Apparently we all stopped to soak in the gorgeous views of forests, lakes, and railway bridges while passing through the cemetery, tunnels, abandoned homes and underground mines, each looking utterly authentic. Has the torch finally been passed from 2D to 3D? Of course not. But with games as stunning as this, the gap has officially been closed.