The Aggie Awards - The Best Adventure Games of 2014 page 5 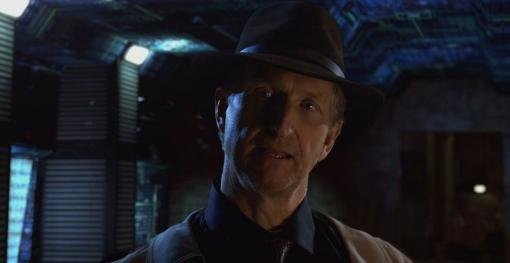 Tex Murphy is one of the most beloved adventure game protagonists in genre history, who left us on a cliffhanger well over a decade ago, apparently forever. When Tesla Effect was successfully crowdfunded in 2012, devoted series fans were thrilled by the opportunity to renew acquaintances with the lovable PI from future New San Francisco who embodies a mix of Sam Spade, Philip Marlowe, and more than a touch of Jacques Clouseau. The series has always managed to walk the line between hard-boiled noir and comedy, peppering Tex’s mysteries with wry humour and even goofy slapstick. It’s hard not to root for a detective who spends one minute searching the apartment of a murdered man for clues, and the next scaring a hardened criminal with an animatronic clown.

But with the excitement of Tex’s long-overdue return came a little trepidation. As the star of his own live-action FMV series, could series creator Chris Jones successfully pick up where he left off? Fortunately, the years have been kind to Jones, and Tex proves just as charming and lovable as ever. Donning the familiar brown fedora and trench coat feels just as comfortable as ever, and we can’t help but agree with Tex’s friend Louie LaMintz that it sure is good to have the ol’ "Moiph" back. For bringing the magic one more time, even in the face of intense competition, the rough-around-the-edges but ever-endearing gumshoe with a heart of gold gets an Aggie to match as our pick for Best Character of 2014.

Bigby Wolf (The Wolf Among Us) 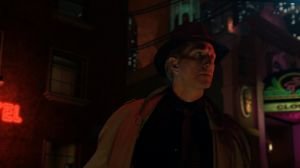 Like there was any doubt! Tex would arguably be top-five on a best character of all time list, so he had no trouble taking the crown for 2014, even in a field of strong contenders. Smarter than Smart Alex. More charming than a sentry robot. Up on the rooftops using a zipline, down in the labyrinth sneaking past cloaked guards. We needed a stubborn hero, a wise-cracking lover. We needed a detective with a bullet hole in his fedora. For sixteen years we needed Tex Murphy. He finally returned, and nothing says “welcome back” quite like a unanimous Aggie Award.

Bigby Wolf (The Wolf Among Us