It’s only rarely that we report any news about ourselves, but today is one of those rare cases!

We’re excited to announce that we’re preparing to launch a new digital shop dedicated exclusively to adventure games. The Adventure Gamers Store will be home to titles from both larger publishers and smaller indie developers, with a planned opening later this month.

Long-time followers of Adventure Gamers may remember the Adventure Shop, an online shop that we helped popularize beginning in 2007. Unfortunately, we ran into severe accountability difficulties with the company that ran this shop, and so we were forced to end this affiliate partnership two years ago. (Since we couldn’t easily discuss our reasons at the time, this partnership expired relatively quietly.)

The shop was a great idea however, and one that was very successful until the very end. And so, to fill the void it seemed only natural that we should create a store to replace it.

The new Adventure Gamers Store will be headed up by Marek Bronstring, while Adventure Gamers itself will continue as-is under the editorship of Jack Allin. Although the two sites will share the same user account system, they will exist on separate domains and will be run by separate teams, so as to not affect AG’s editorial independence.

Adventure Gamers has reliably served the adventure community for over 15 years now, and we are planning to devote the same degree of commitment and integrity to running the shop.

What makes the Adventure Gamers Store different from other stores is of course its genre specialization. This means we can highlight games we know you will love but which may get overlooked elsewhere. Over time, the AG store will bring together the catalogues of the different adventure game publishers, as well as casting a spotlight on great under-the-radar indie titles. Occasionally, new titles will be launching exclusively on the Adventure Gamers Store.

We know that some gamers like to get all their games on Steam, while others prefer to get their games DRM-Free. That’s why you will be able to buy games from the store either as DRM-Free direct downloads, or as license keys redeemable on Steam. (Whether both options are available for each game depends on our exact agreements and, of course, whether a game is available on Steam).

We don't have an exact launch date yet as we are still signing up more developers (which is part of why we’re announcing early), but look for the store to open this February.

P.S.: Developers or publishers interested in more information about the AG Store can contact Marek Bronstring at [email protected]. We have made the process very easy with little required from your end. Contact us for terms and other details.

CaptainD
Interesting news. Might be looking at this in a few months :-D

Ark7
There are many good old adventure games sadly not available on GOG or Steam. For example Discworld trilogy, The Lost Files of Sherlock Holmes series, 3 Skulls of the Toltecs, Touché: The Adventures of the Fifth Musketeer, Prisoner of Ice and so on. I hope that you will try to fill the gap and offer as many classic games as possible on your shop.

jaap
I hope you guys make lots of money with it :) My only worry is that there are already so many other digital distributers that also cover the whole range of adventure games, therefore I'm not sure there is a true niche for you. But if previous experiences with the ag store worked out well, let's hope for the best!

shaunaitcheson
This is great news. I hope it can be an avenue for smaller developers who would otherwise struggle to get their work on Steam/GOG :)

lucebend
Congratulations! I'll have AG shop bookmarked next to GOG as soon as it's revealed. Best of luck! :)

Marek
Oscar: I think I know what you're saying - you're right of course that theoretically no wall is impenetrable. Jack and I are humans who do talk to each other, though our separate roles are clearly defined and neither of us has any intention of creating conflicts of interest. So long as we maintain that clear understanding, AG and AG Store can be sister sites without any problems.

Mr Underhill
That's some great news right there! Fingers crossed for you guys.

Jackal
I'm sure everyone knows that "impenetrable" was a bit of hyperbole. But the fact that we very deliberately implemented checks and balances long ago to prevent the kind of discretionary, self-serving compromises you're suggesting is possible makes it pretty much the next best thing. As for the 100% coverage thing, obviously lots of stuff was missed in the site's early days. I'm talking about under my watch. Compare the yearly Aggie lists of all eligible games to our reviews and you won't find many gaps. A few very obscure games still slip through the cracks occasionally. But it's rare.

Oscar
I don't believe it, I'm just saying the wall is rarely impenetrable as you and Timovieman claimed. I'll leave it there. I too would love to see 100% success for reviewing all adventure games, but going through the A-Z list I'd say you would be lucky to have 10%. Which, considering the number of games, is not too bad at all!

Jackal
Oscar, our aim is to review ALL adventure games, regardless of quality, and we've come pretty darn close to 100% success for many years now. That will continue to be the goal. I can and have fired reviewers. But I won't be running the store, just like I haven't been responsible for site advertising, so there's no reason the two things would ever be related. Marek can't fire a reviewer without going through me. (He would never try, of course; I'm just saying he couldn't even if he wanted to.) I really don't even understand your second question -- or at least the purpose of it. There is zero incentive for our reviewers to "pander" to a game. Could they have some super-secret private reason to prop a game up slightly? Possibly, but not any more so with a store than without, since they don't get paid to promote. We're actually very pleased that people are as concerned about editorial integrity as we are. But there does need to be some common sense applied here. Yes, [i]theoretically[/i], after ten years of working together to provide a free, high-quality specialist game site with a hard-earned reputation for fairness, Marek and I could suddenly start colluding to subtly influence review results (not blatantly, since then we'd need to cut the reviewers in on the action), all for the sake of a few bucks that threaten to undermine everything we've built together. Obviously that runs counter to everything we've stood for in the last decade (and even longer for Marek before that). So if anyone wishes to believe that, they're welcome to their paranoia.

rtrooney
Sounds good. I'm a GOG person. But as long as you can offer a good catalog at similar cost, there's no reason you shouldn't get my business.

Oscar
I see. Do you not even have the power to choose which games get reviewed and which don't? Can you 'fire' reviewers for one reason or another, or be sure they are not pandering in any way to the games being sold? Sometimes even bad publicity is good.

Jackal
No, it's not like that in the slightest. Short of firing me and replacing me with a corporate shill, Marek has no power to influence editorial. At all. Nor do I have the power to influence review scores. We've been very transparent about those policies all along. Unless someone chooses to believe that we're all lying, including the volunteer staff who get paid nothing for their contributions, it's pretty clear that we've gone to great pains to ensure separation of church and state.

Oscar
The wall isn't impenetrable, and it doesn't need to be. It's a bit like a politician owning shares in a private company. He could form policies which favor the company's interests, or he might not. The important thing is the interest is there and impartiality can be abused. But AG is not a government so it can do what it likes. Personally, I would prefer no outside interests so no accusations of bias can be raised, but that's me.

Veovis
Great! Always room for another store for DRM-free games. Count on my support.

wilco
Good news, hope to see lost adventure games there that are not on steam or gog

Jackal
Oh yes, the wall is impenetrable. Plus I've posted "No 'Suits' Allowed" and "Beware of Editor" signs at the gate.

TimovieMan
Excellent! Having an AG-exclusive shop is great! If you could get most of the games that've fallen through the cracks at GOG and Steam, then that could be massive! And I'm sure Jack will ensure a strict division between the reviews and the shop. Best news of the day, imo!

Lucien21
As long as it doesn't affect the main site and that there are strict walls between reviews and the shop then there shouldn't be an issue.

Eregian
Most excellent! Great potential for synergy between the two sites. Nice to hear the team has been busy in the background

Marek
@giom: right now it'll be either/or (as it's separate steam and download SKUs in the system) but it would be cool if we could take that barrier down in the future

Kurt Indovina
This is outstanding and something I've been longing for.

TheLongestJourney
I like that you will have DRM-Free options, but I am kind of attached to GOG.com at the moment. I don't know if it will be possible to be able to sell some of the older games that aren't available on GOG.com or Steam but if you can I would definitely like to support this site.

giom
I'd love it if I could both have drm free builds and a steam key (same as the Humble store). I like having the drm free builds ideologically but sometimes it's nice and faster to just use steam.

subbi
Excellent idea. There is certainly room for an Adventure games store, with GOG moving more towards other genre's old games and Steam mostly focussing on newer adventures (in the broadest sense of the definition)

cultura
A great idea! Finally puts a stop to my ever browsing in non-dedicated gamesites.
Advertisement
announcement
continue reading below 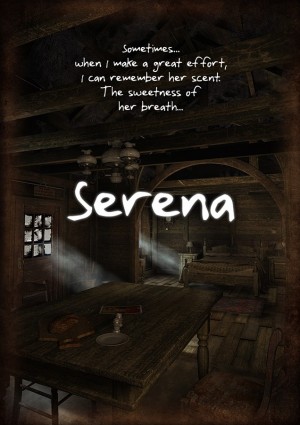