Somewhere along the development path, COMA: A Mind Adventure was renamed MIND: Path to Thalamus, and I suspect this is probably symbolic of the game’s main weakness—a bit of identity crisis tossed in with some misplaced ambition. You see, MIND is actually a rather competent and occasionally inspired first-person puzzler, but it seems to desperately want to be an introspective journey of self-realization and acceptance.

As advertised in the title (either one), the game is ostensibly meant to represent the journey through the mind of a man in a coma as he grapples with his emotional baggage in a quest to return to reality. The problem is ultimately that our protagonist’s personal demons aren’t all that complicated (or interesting) and he could likely be diagnosed in 15 minutes or less by anyone who’s had an introductory psych class at community college. To wit, when I started the game, I began taking notes on the narrative, and at the conclusion of the game, had produced a grand total of four lines, and I honestly don’t feel that I left out anything.

But despite being a bit of a drip, our unnamed protagonist thankfully has an otherwise fine imagination. Your journey to the ethereal thalamus takes you through a series of appropriately surreal mental vistas. Occasionally, the game goes for completely abstract settings (which aren’t all that interesting), but the majority of the game consists of relatively simple and otherwise pedestrian environments—beaches, forests, caves—mixed with just enough surreal detail to give them a familiar yet otherworldly feel, while resisting the temptation to veer off the rails into Dali territory. Of course, it helps that the 3D graphics are fantastically rendered, and while they don’t exactly reach the AAA-level of spit-and-polish, they’re definitely a standout feature of the game. 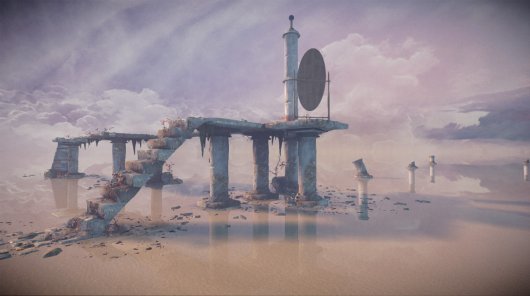 Music is used sparingly, limited to an occasional piano score or a dreamy / trippy tune that would probably sound at home in an indie film about a group of shiftless, twenty-somethings who take a cross-country road trip that turns into a voyage of self-discovery. Otherwise, it’s a quiet game and the only thing you’ll hear most of the time is the wind or the water or the occasional birds chirping.

Altogether, the graphics and sound design give MIND a distinct dream-like, almost meditative quality, often evoking Dear Esther vibes in me. This comparison might scare a few people away, but while game is sometimes a victim of its own deliberate pace, once you get past the drawn-out prologue, there is a proper game with proper puzzles to be found.

In many ways, this is as much an exploration game as it is a puzzle game. Each “level” consists of a defined area (a cave, a section of forest, a grass field, etc.). As with just about every other first-person puzzler, your objective is to make it to the “exit”, but the game never explains anything. Your only option is to wander about and screw with everything you find until you’ve sorted out where you’re supposed to go and how the puzzle mechanics work. 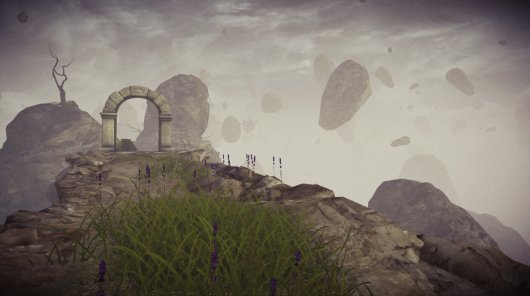 Most of the puzzles involve learning how to manipulate the environment to make your way through the area. For instance, standing (or placing an object) in a field of glowing mushrooms (or something like that) will turn day to night, which is the only time certain objects or paths are accessible. Similarly, standing in another area will move time backward or forward, causing certain objects (like a broken bridge, for instance) to repair themselves, and so on. Altogether, there are four different effects you’ll discover throughout the course of the game (although the game description says six; it’s probably a matter of interpretation).

The game gradually introduces each concept, setting up a simple scenario to let the player discover how they’re triggered and how they alter the environment, before mixing things up. Once things get rolling, solving puzzles eventually requires combining and coordinating the different environmental effects to clear a path to the exit. Although a few of them can be challenging, they’re rarely frustrating; a bit of exploration, experimentation, and patience is generally enough to solve most of the puzzles. If anything, I felt the game was pulling its punches a bit too often. There seemed a lot of potential to create some fairly intense puzzles, but there were only a few that really took advantage of all the available effects to weave complex solutions. Overall, most of the puzzles felt relatively simple, and perhaps it was part of maintaining the game’s aura, but ultimately I came away disappointed, because it felt as though just when I was warmed up for a proper challenge, the game decided that I’d had quite enough. 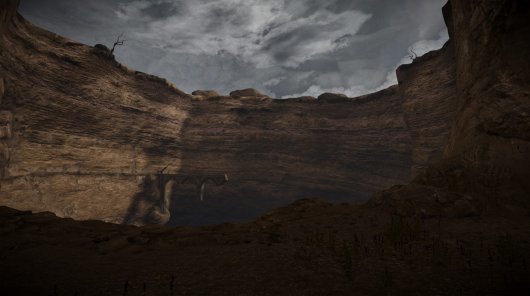 Although the puzzles don’t really require much in the way of coordination or reflexes, towards the end of the game there are a couple of levels that I would call, for lack of a better term, a “boss fight”. While they’re actually relatively simple (and don’t require any actual “fighting”), they do require some fairly precise timing; otherwise, you’re effectively “killed” and forced to restart the level and have another run at it. Aside from feeling rather at odds with the general mellowness of the rest of the game, they quickly become a bit of a grind after a few tries, and would generally be a non-issue if you could pick up the pace a bit.

Not that the movement speed is exactly languid. I would describe it as more of a brisk walk, which is usually fine, but in addition to the “boss” levels, the nature of the puzzles often requires a fair bit of wandering or backtracking, and on some of the larger levels this was threatening to foul up my Zen. In all fairness, the fragility of my Zen is probably more of a reflection on me rather than the game. I assume that the fixed movement speed was probably a deliberate design choice on the part of the developers, and while I can understand why they chose to go that route, I wish they would have included a “sprint” button (though I would have settled for a simple “jog” as well) for those of us whose meditative state falls somewhat short of tranquility.

Otherwise, the controls are perfectly fine and suitably minimalist. The game controls with the standard mouse/keyboard combination. Aside from (briskly) walking and jumping, the mouse button lets you pick up or drop the one object at a time that you can interact with (which you’ll use to activate the environmental effects in most levels). The game also includes gamepad support. After playing through the first half with the mouse/keyboard, I switched over to my gamepad and played the rest of the game from the couch, which seemed more conducive to maintaining my serenity. In either event, the game plays equally well with either control scheme. 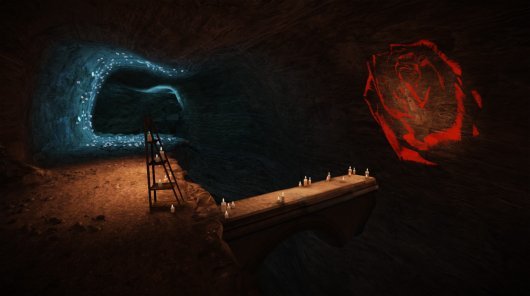 Overall, the path to thalamus would be a rather pleasant trip were it not for the narrative deadweight. The story, such as it is, is primarily delivered via an occasional voice-over from the comatose protagonist. It’s worth pointing out that, shortly after the game was released, the developer began working on a number of changes to the game based on feedback from the community. The consensus was apparently that the narrator’s original dialogue was rather long-winded and pretentious, so foremost among the changes was a completely rewritten script and re-recorded dialogue. I purposefully held off on playing/reviewing the game until the update was released, so I could give the developers the benefit of the doubt.

Now that I’ve played the (presumably) “final” version, I have a sneaking suspicion that they may have overreacted to the feedback and gone too far in the other direction. There’s not a lot of dialogue in the game as it stands now, but what remains is so pretension-free that it’s essentially just painfully boring exposition. I don’t mind a bit of pretension, so long as it’s entertaining, and I’ve been accused of it enough times that I’m certainly not in a position to throw stones. Unfortunately, the dialogue seems to have gone from what was probably a bit too much pseudo-philosophical navel-gazing to the expository equivalent of the “the cow says ‘moo’”. It also doesn’t help that the actual voice-over work isn’t particularly compelling. The voice-over sounds like someone reading from a script while consumed with the idea that they left the iron on when they left home that morning. In fairness, that may also have had something to do with being forced to re-record another script. I’m actually curious to hear the original version, but it was excised when the game was updated. It might have been interesting to have left the original script in the game as an option.

Regardless, the dialogue, such as it is now, is typically limited to a few brief lines, usually at the beginning of each level, so it’s fairly easy to ignore. I’m almost of the opinion that the storytelling might have been more effective had they cut out the narration all together, and just let players piece it together from the environment. It seems that the developers had a similar notion as well, as the nature of most of the changes seems to have been aimed at moving the story further into the background. I’m not sure that any amount of retooling could have done much to save the story, however. That’s not to say it’s not possible to tell a fine story within the framework of this type of game; it’s been done before, but in this instance the story’s just not that compelling to begin with and ultimately the gameplay suffers in service to it.

The game is quite short, clocking in at around four hours, although once you trim the chaff, the actual gameplay (the interesting part, anyway) is probably a bit closer to three. Anyone looking for a challenging, hard-core puzzle game will probably come away disappointed at the end of that time, but for those who can handle a bit of badly written narrative introspection through good-looking environments filled with interesting, if not terribly challenging gameplay, MIND: Path to Thalamus might be worth the trip.

MIND is a great-looking first-person puzzler with a nice atmosphere and promising but flawed gameplay that’s often held hostage to a narrative that falls flat on its face.

What our readers think of MIND: Path to Thalamus

Most enjoyable and atmospheric adventure game... I loved every moment of this well put together puzzle adventure. The artistic and beautiful scenery is the best I've ever seen in a game... I like straight forward... Read the review »