Review for The Journey Down: Chapter Two

Let’s take a quick trip down memory lane: A mysterious story set in an intriguing world, where strange and hostile places shrouded in perpetual mist lie just beyond the edge of the horizon. An enigmatic book that promises to hold answers that some are prepared to kill for, and the disappearance of the only man who can decipher it. An inviting, warm art style, and humorous, likeable characters steeped in traditional African designs…

Anyone who played SkyGoblin’s first foray into the world of The Journey Down will be familiar with all of these elements that led to a thoroughly enjoyable first entry in the developing tale. I’m pleased to report that the follow-up doesn’t reinvent the wheel, but rather maintains everything that made the first game shine, continuing the tale of hapless brothers Bwana and Kito in seamless fashion.

The story picks up moments after the end of its predecessor. Having escaped their pursuers just in the nick of time, leaving the bustling metropolis of St. Armando behind in their charter plane, Bwana, Kito, and beautiful yet mysterious Lina plunged over the edge of the world, falling towards the dreaded mists below. As the second chapter opens, we find the trio scattered within their now-capsized plane, floating in the dangerous mists and in need of rescue. To continue their trek into the fabled Underland and follow in the missing Kaonandodo’s footsteps, their path first takes them to the harbor town of Port Artue. Once there, contending with a corrupt local police force and menacing paramilitary troops sent after them by the St. Armando Power Company become their prime concerns. Thankfully, there are plenty of helpful locals to meet and items to find and use in classic point-and-click gameplay. 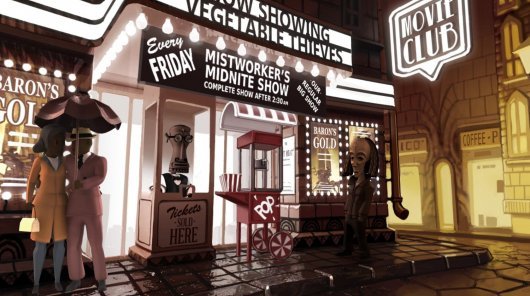 Befitting the somewhat more serious tone of the story, the humor in this installment seems to have been slightly dialed back. Whereas the brothers’ last outing was spent primarily tricking others to acquire the airplane parts needed to make repairs, this time around they are met with actual armed resistance. In addition, Port Artue is this world’s Mos Eisley spaceport: a town full of crooks and other criminal elements, run by corrupt officials, whose working class is beset by hard times. Fittingly, the chuckles have been pulled back a bit, though there are still plenty of light-hearted moments, like Bwana’s continuing admiration for his farm of cacti, and the interactions between the two brothers in general.

Graphically, the game is largely similar to its forerunner, with pretty hand-drawn visuals and characters whose faces are modeled after African tribal masks. However, it’s clear the developers were aiming for a bit of a noir feel here, using the “hard-boiled detective in the big city” cliché. An appropriately toned-down color palette and visual touches like rain-slick streets and old-style vehicles seem straight out of a Humphrey Bogart film. It also appears that a slightly larger budget was spent on rendered cinematics, of which there are a few more than last time. The trade-off for this is that backgrounds occasionally show a slightly inconsistent quality, with some sections near the edges of the screen appearing more like penciled-in and colored sketches than finalized visuals. Perhaps this is a deliberate design decision though, and it is never enough to detract from the overall enjoyment.

Of course, one of the game’s main attractions is, once again, its outstanding soundwork and musical score. Voice-overs for the main characters are performed by the same actors, and both Kito and Bwana remain utterly delightful to listen to when joking back and forth or describing mundane objects with their trademark Caribbean island drawl. The supporting cast, however, tends to be more of a mixed bag, ranging from mediocre to grating. An issue I had several times was that the voice-over volume was incredibly inconsistent, with some characters booming at my volume settings while others were barely audible. The musical score is excellent, with two composers each adding distinct flavors: the soundtrack gives equal time to both funky jazz beats and rousing orchestral pieces. 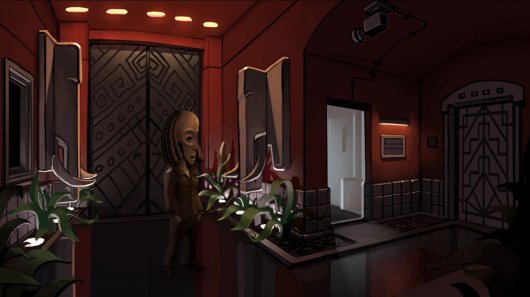 As the middle section of what is now planned to be a trilogy of games, the gameplay solidly remains old-school point-and-click fare, providing a similar level of challenge as the first game did. While straightforward in execution, traditionally obtuse adventure game logic is of the essence to solve most of the puzzles, as you must invent novel ways to use the items found throughout the quest to accomplish certain goals. With the exception of one uncharacteristically challenging hieroglyphics puzzle near the end, this inventory-based lateral thinking has its own familiar charm and provides a unique sense of accomplishment. It is a good idea to revisit the game’s locations each time the plot causes some major event to happen in Port Artue, as some new items and characters become available during these natural chapter breaks.

There is no hint feature for puzzles you get stuck on, though the cursor does change when hovering over any interactive hotspots.  The inventory shows the items Bwana has collected, but only pops up when moving the cursor to the bottom of the screen. In rare instances, combining two inventory items becomes necessary. Double-clicking an exit instantly switches to the next area, though there is no true “fast travel” option. On the other hand, none is really necessary, as Port Artue only features a handful of locations, like Arnie’s (the local watering hole for sailors on shore leave), the posh Club Temba, and the town jail, in which our heroes find themselves unwitting guests early in the tale. At one point, further locations are mentioned during a conversation while Bwana examines a city map, though they never factor into this episode. The majority of locations are located around and accessible from the city’s Main Street and harbor area, and you’ll spend a good eight-tenths of your time traversing this central hub. All in all, the game took me about five hours to complete, though I was pleasantly surprised when after four hours I thought it had ended, only to find an additional section still waiting.

In all aspects, The Journey Down: Chapter Two is for those who loved (or will love, if you’ve missed out so far) the first game in the series. The story ties in seamlessly with that of the last game, picking up right where the other left off, and ends on a cliffhanger leading into the final chapter – it does not work as a standalone story. Design elements like graphics, gameplay, and music have been carried over from the previous entry without losing any of their excellence, though the overall tone is perhaps a bit more serious and somber. While presenting a different side of the coin first presented in the opening episode, the sequel is successful at blending everything together to fit into the same universe. And with an end-game teaser of what new flavors we can expect in the third and final entry, The Journey Down has proven itself to be a series worthy of following to its ultimate conclusion.

WHERE CAN I DOWNLOAD The Journey Down: Chapter Two

The Journey Down: Chapter Two is available at:

If you’ve played the first chapter of The Journey Down, you’ll know pretty much what to expect. But when everything worked as well as it did originally, that continues to be a good thing.

GAME INFO The Journey Down: Chapter Two is an adventure game by SkyGoblin released in 2014 for iPad, iPhone, Mac, PC, PlayStation 4, Switch, Xbox One and Linux. It has a Stylized art style, presented in 2D or 2.5D and is played in a Third-Person perspective.