We get a small commission from any books sold.
Written by
Randall Rigdon — September 24, 2014

From its premise, it’s clear that Dream Revenant was designed to be ambitious. A first-person, story-driven adventure complete with open-world exploration and a slowly unraveling, tantalizing mystery, this game offers an experience rarely seen in the mobile market, all wrapped up in a gorgeous graphical presentation. Unfortunately, at least in its current state, a fair number of technical issues drag down what is otherwise a stellar narrative experience.

Players control comic strip panelist Carson Hughs, whose career has been inspired and haunted by his tormented childhood. Where you are, what your objective is, and what’s going on in this world, however, are not initially clear. Dream Revenant immediately provides you with full free-roaming exploration of its 1950s-inspired world, which exists inside a dream-like collision of forest passages suspended high in the sky. You begin in what is essentially a hub of winding, leaf-covered paths branching off into recreated scenes of Carson’s childhood memories.

A fair number of pathways are not initially available, usually obstructed by additional objects of Carson’s childhood past. For example, his first car is parked against one of the paths, and it revs up and pushes you backward if you approach it. There’s also a carnival ticket booth that refuses to let you in without the proper ticket, speaking to you as though you are a child desperate to take a ride. 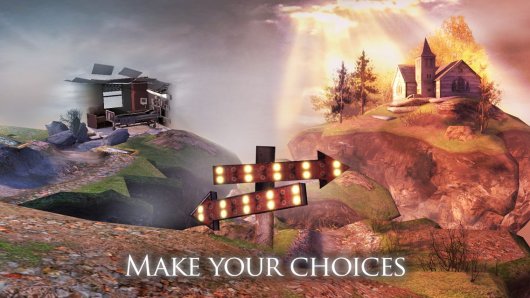 Overcoming these obstacles provides the bulk of the gameplay, as you seek out appropriate objects hidden across the world, searching for things like crowbars and door keys inside abandoned barns, countryside homes, and tree houses to find the means of removing these intrusive blockades. In doing so, you will unlock another environment where more objects can be found, which will remove more imposing obstacles elsewhere and so forth.

Although this effectively makes Dream Revenant just one large fetch quest, the narrative along the way makes it an enthralling one. The story unfolds as you collect certain objects, particularly violins and comic strips, which serve as constant motifs relating to the deeper mystery. When such objects are found, voiceovers from multiple characters of Carson’s past can be heard, providing clues to not only the story itself, but also to the locations of more hidden objects and areas. As you progress, you’ll hear the voices of Carson’s mother, editor, former girlfriend, and of course Carson himself.

For the most part the voice acting is fairly strong, but occasionally it’s not up to par. Carson’s editor is extremely cartoony compared to the overall serious tone, and a landlord character sounds unnecessarily contrived. This is surprising, as many of the same actors performed multiple roles, so why the voices fluctuate so unevenly is a mystery. On the other end of the spectrum, occasionally the voice acting is quite stirring, particularly during the romantic and emotional themes of Carson’s childhood, which tend to drive the story. 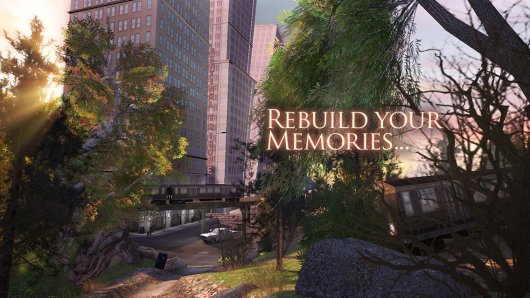 With a highly realistic art style and some impressive animations – including a tornado that whips up a billboard that crashes down in front of you – Dream Revenant is able to support its intriguing story with a gorgeous presentation. It takes place in a world devoid of actual people, and while there aren’t countless things to interact with, it manages to very cleverly execute a very human and personal story, filled with character and emotional appeal inside this lonely and isolated world.

One particularly engaging moment occurs in a Tunnel of Love sequence. The player rides a boat through complete darkness in the tunnel while the voices of the game’s two primary characters can be heard quarreling about their complicated romance. During this conversation, their words are literally painted across the screen in color, vivid against the darkened backdrop, and as your boat draws near they create a sensation of riding through the tunnel, all the while making the player feel ever more interested and invested in the story.

It’s moments like these that create an eerie atmosphere throughout. Abandoned, broken, and filled with many little secret areas, this world is but a reflection of places in the real world that were once brimming with life but are now just a memory. Among the rural locations you’ll visit are corn fields and train stations, but a small city impressively transitions the game from country to urban settings without ever abandoning or shifting the tone. 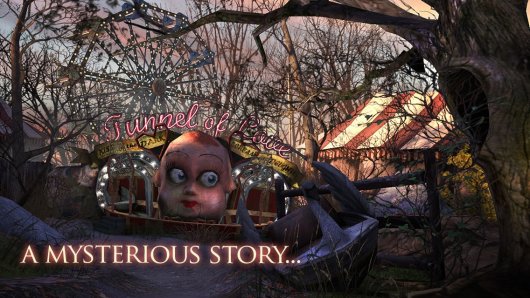 The puzzles themselves don’t usually involve much more than finding objects that are automatically stored and then choosing the appropriate item when the inventory automatically triggers at predetermined cues. The challenge is mostly in finding the objects rather than actually using them; item use is entirely logical, almost instantly clear where they’ll need to be used as soon as they’re obtained. When you have a door in front of you and the choice of using a key, a ticket, or a coin, it’s pretty easy to make the right decision.

Occasionally a timed, Simon-says event will occur when you’re called upon to utilize “telepathic/telekinetic” powers, but these moments are always very brief and very easy. They consist of on-screen, color-touch sequences you must tap in sequence while environmental objects fly through the air and form together instantly, such as planks turning into a staircase. This mechanic isn’t exactly cohesive with the rest of the story, but at least it fits with the cognitive themes, even if it’s probably just a way to implement the touch mechanics expected of an iOS title.

Given the game’s open-ended nature, from the very beginning I found myself exploring every nook and cranny. Unfortunately, in doing so I managed to get myself stuck in the environment and even completely fell through the floor of the world more than once in less than ten minutes. I tried to restart my position through the pause menu, which only respawned me under the level again, creating an endless loop that forced me to close out the game entirely. (Restarting places you at the beginning of the game world, but with all the progress retained.) 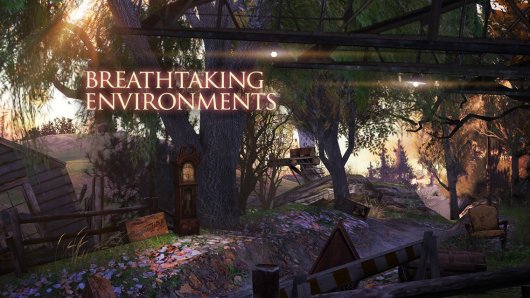 Technical problems like these weren’t the only issues I encountered, as I also caught some glaringly obvious oddities along the way. For instance, at one point I found myself in a skyscraper office with a view of a cloudy sky outside. In approaching the window to simply look around, it was shockingly apparent that the sky was just a flat image cut off by blackness at its top and bottom. Additionally, a completely misplaced lamp post could be seen floating in the air. I thought for a second this could have been intentional, until I realized it was simply a rendering issue that sees many inappropriate objects showing up in the wrong locations. How mistakes like these got left in an otherwise engaging experience is perplexing, but they should be easily fixable, so here’s hoping they’re corrected in a future update.

Unfortunately, the controls can also be slow and sluggish, making navigating back and forth a drag, particularly since a fair amount of backtracking is required. Walking is assigned to a virtual thumbstick that appears on the left side of the screen, and camera control is handled by swiping on the center of the screen. The character simply walks too slowly and the thumbsticks aren’t always responsive, making the movement through Dream Revenant feel somewhat unpolished.

Even with the technical issues, there are enough memorable moments to make this a perfect mobile narrative to sink a couple hours into, and late in the game a narrative twist is introduced that is very well done. In fact, the overall story turned out to be much darker and more emotionally-stirring than I expected it to be in the second half, with themes involving regret and even death that get a little intense. 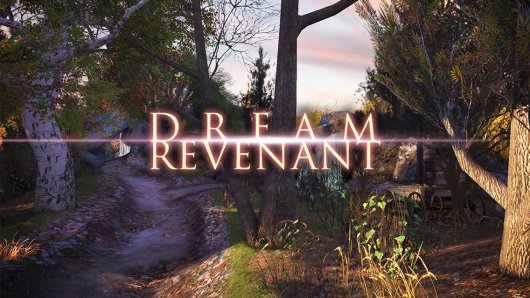 Adding to its depth, Dream Revenant offers an ending of choice, allowing you to experience two contrasting but equally appropriate finales depending on which path you choose. Unfortunately, since the game autosaves and the decision is only made at the end, you’ll have to play through the entire adventure again to experience both. But there are additional game modes that might make a replay worthwhile, including stormy and starry night modes (which just change the weather and atmosphere of the environment), and another mode that opens up the game world and hides 40 violins around the environment (like the violins in the main game, except without any story significance, this time just for collecting). Discovering all the violins unlocks a fun but rather random bonus mini-game.

Ultimately, Dream Revenant is a successful exercise in surreal storytelling. The story, atmosphere, and environments are melancholy, moving and highly engaging, and while the gameplay isn’t particularly deep, the game isn’t long enough for the fetch quests to wear thin. Unfortunately, unless they’re fixed you may be turned off by the many technical issues along the way, but with a richer and deeper story than most mobile games, this game deserves an equally higher recommendation.

A pleasant surprise that is both chilling and moving, Dream Revenant is an immersive, surreal narrative experience, although it’s currently marred by its many technical issues.

GAME INFO Dream Revenant is an adventure game by SpeedBump Games released in 2014 for iPad. It has a Illustrated realism style, presented in Realtime 3D and is played in a First-Person perspective.

The Wolf Among Us: Episode Four - In Sheep’s Clothing 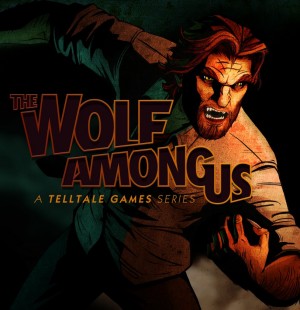 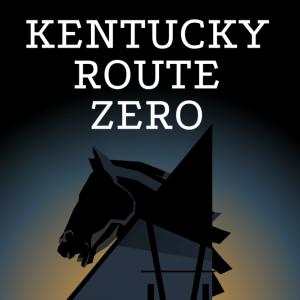 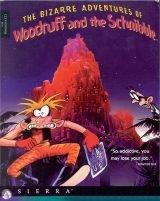 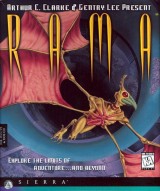