We get a small commission from any books sold.
All Bitmap Books
Written by
Reece Warrender — August 1, 2014

The fourth instalment of The Walking Dead’s second season, Amid the Ruins, removes whatever slim hopes might have remained for a peaceful conclusion, as the penultimate episode brings the group to their lowest point with a barrage of obstacles and continual conflicts that see death and dysfunction become commonplace before reaching its gripping cliffhanger ending. It’s a grim episode that packs a slew of surprise punches, making it one of the most engaging this season.

Resuming right where the last episode left off, we first find Clementine faced with the aftermath of her (or rather, your) earlier choice to hatchet a companion’s limb or the zombie attached to it. It’s a traumatic introduction that sets the tone for the episode as a whole, an ultimately morbid affair that plummets the short-lived relief of escaping the Carver's clutches into a state of perpetual despair.

This episode revolves around the group trying to decide their next steps and secure a safe haven. Since this is The Walking Dead, of course, such a process is never straightforward. Taumatised by recent events, Kenny has become is a broken man, a shadow of his former self, while Rebecca is on the verge of delivering her child prematurely and Sarah is almost literally paralysed by fear. 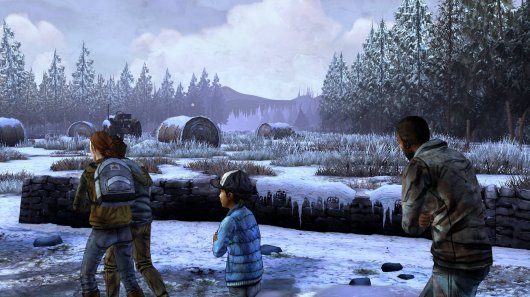 Once again Clementine functions as the group’s crutch, working harder than all of the adults combined to maintain morale and keep everyone moving forward. Sarah, whose immaturity has always been something of a burden, once again relies on Clementine to function as her protector, to the extent where, in dire situations and against the group’s advice, I found myself unable to give up on her. As a polar opposite, Jane comes out of her shell in this episode as a guardian, teaching Clementine valuable advice and expressing a somewhat reluctant fondness for her young friend. This instilled in me a similar sense of nurturing protection for Clementine that Lee inspired in season one. Their interactions are delicately handled and intertwined with past memories, such as a reference Jane makes with regard to Clementine’s hair being tied back.

This close emotional connection to Clementine frequently resulted in my picking dialogue options and making tough choices based on what I felt a matured and kind-hearted Clementine would do rather than what I as a player perceived to be the best option. That made the decisions feel ever more impactful, especially given how uncertain their eventual outcomes would be. I found myself shrieking on multiple occasions as I witnessed the aftermath of choices I had anxiously considered before the timer ran out.

Unfortunately, this illusion of choice, a trick that’s been executed with mixed results throughout the series, proves to be particularly transparent in Amid the Ruins. Though not immediately obvious when first confronted with them, the majority of decisions that appear to divert the story in a particular direction always comes back to a singular path a few scenes later, and all attempts to avoid inevitable outcomes are in vain. 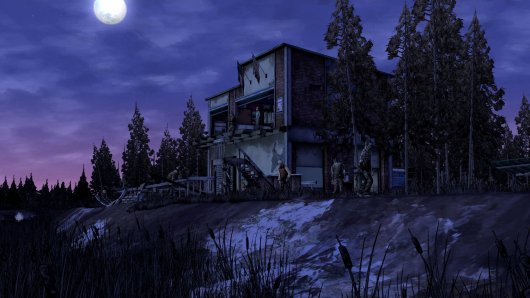 Kenny is once again another highlight, as he has been for the series as a whole. Once an angry and selfish man, this season he’s become a more refined and selfless character who shares in Clementine’s hardships. However, there’s a glimpse of Kenny’s prior chaotic, impulsive emotion in this episode as he turns against the group, raising fear for his own safety and those around him. This disturbing downturn was a frightful reminder of the disdain I had for Kenny, and of the history he and Clementine shared, in the previous season. Thankfully it doesn’t last too long before events get out of control and he resumes position as the group’s leader, helping establish a plan of action.

On the flipside, there’s an inconsistency in the portrayal of both Luke and Rebecca. Luke, a prior favourite of mine, makes a string of moronic decisions along with turning into a complainer, continually whinging throughout the episode. Rebecca, on the other hand, looks to have completely forgotten about your prior disagreements as you suddenly get along like close friends.

Where prior episodes have lacked much action, instead focusing too much on conversation, Amid the Ruins swings a little too far in the opposite direction. On multiple occasions there are shocking scenes that pass almost unnoticed or are mentioned only in passing. One particular example sees Luke brush off what should have been a devastating experience in an emotionless sentence. Another sees the whole group overlook a companion’s death with barely a word uttered between them. This episode sorely lacks the calm in between the roller coaster highs and lows to let the significance of the latest horrific events sink in. Given the short playtime of around 90 minutes, there was certainly ample room to slow down the pacing with additional relevant dialogue interactions. 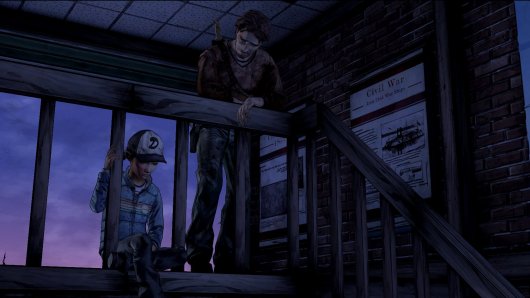 The more interaction-oriented gameplay this time around includes a handful of Quick Time Events, in the form of both stabbing and shooting zombie threats, and also a welcome return to light puzzle segments. The latter require at least a bit of environmental investigation to progress the story, such as needing to distract a horde of zombies with what’s at hand or identifying a good prop to aid the group’s escape. It’s all very easy and straightforward but adds some very welcome variety.

Removing the group from Carver’s drab cells allows for a much-needed visual change in a handful of new locations. Having distanced themselves from the zombie horde, the group opt to let Rebecca get some rest at a Civil War memorial site whilst small scouting parties search the surrounding areas. This includes the forests that separate you from the invading walkers, a museum interior and an accompanying observation deck and gift shop. Each location, whilst confined in scope, offers a degree of interactivity and serves to section off the characters, allowing for intimate discussions and intergroup bickering. You’re initially presented with a choice of locations to visit when the group split apart, but this choice is only temporary as you’ll visit the alternate area directly after the first. 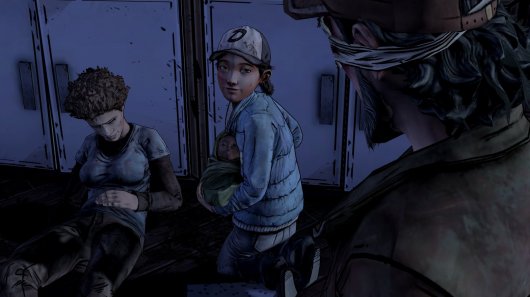 Graphically the game looks great once again, its iconic comic book style able to convey emotion from facial expressions alone and maintain the grim atmosphere even in the wide outdoors in moderate daylight. The voice acting is as stellar as ever, even without the benefit of Carver’s Michael Madsen for the first time this season.

Whilst the lack of true choice quickly becomes apparent, this doesn’t dilute the fact that the story unfolding is extremely potent, with a barrage of conflict, a steady stream of despair, and enough surprise twists to keep it all feeling fresh throughout. Between losing old acquaintances and encountering new ones, there are more memorable moments that took me by surprise in this episode than in any previous instalment, and it ends on yet another stunning cliffhanger. Even better, Amid the Ruins opts out of an end credits preview reel of what to expect from the final episode, leaving the mystery of what’s in store at an all-time high.

Amid The Ruins really delivers in setting the stage for the series conclusion, creating both expected and unexpected challenges that strike at the heart of fragile group dynamics.

What our readers think of The Walking Dead: Season Two - Episode Four: Amid the Ruins