Phoenix Online Studios really seem to be moving up in the adventure gaming world these days. Only a year ago, I was grabbing a spot on the well-traversed Moscone Center floor with Phoenix’s CEO César Bittar to look at their latest Erica Reed thriller. At this year’s GDC, with the studio now fully committed to being a publishing house as well, the team seems to have grown exponentially and even managed to find a little swankier spot to host the media. This time around I met with them in a posh – considering the San Francisco Bay Area’s astronomical rental rates – little loft a few blocks from the bustling Moscone.

While I waited for the elevator, I was warmly greeted by Phoenix’s general manager of publishing and development, Scott Steinberg, and found myself wondering when this small, nimble studio that was once famous only for their charming King’s Quest fan sequel, The Silver Lining, got to the point where they needed a publishing and development manager? Times certainly have changed – and I’m hoping this portends well not just for passionate studios like Phoenix, but perhaps for the entire adventure game market.

Of course, there’s one face in the back of the loft which is instantly familiar – and would be to any fan of the adventure genre. Perhaps the crown jewel in Phoenix Online’s rapid ascent is their partnership with one of the grandmasters of adventure gaming, Jane Jensen. It’s no surprise that Jensen chose Phoenix when she went looking for a studio to help remake her 1993 classic, Gabriel Knight: Sins of the Fathers and a publisher for Moebius: Empire Rising, her first new adventure game since 2010’s developmentally-troubled Gray Matter. The partnership runs both ways, as Jane provided invaluable assistance and artistic direction for Bittar and his team for their own Cognition series.

Although the newest trailer for her Gabriel Knight remake has just been released, I was eager to see and hear more about the game. As Moebius nears its April 15 release date, we’ve seen trailers, gameplay and plenty of teasers about her new paranormal thriller, but not much about the new-old Gabriel Knight.

We watched the first GK teaser trailer released to Pinkerton’s Kickstarter backers. It doesn’t reveal much, except for a few shots of the game, and the classic score, but so far, so good. Then Jane booted up the gameplay demo. To cut to the chase – Gabriel Knight fans, it’s uncanny how closely the game not only resembles the original, but also how diligently the Phoenix/Pinkerton teams have worked to maintain the classic’s aesthetic. “The word for this game is ‘more-ish,’” Jane said. “We put in additional Gabriel Knight-isms. It’s more of what it was. We kept all the content as a fan would do, we just added more of it in. We asked ourselves that, if we are going to redo Gabriel Knight, what can we do to make it even cooler?”

The demo begins inside Gabriel’s famous New Orleans antiquarian bookstore. Everything has been updated to contemporary PC resolutions, but the angle of the scene and the movements of the characters are eerily identical to the original. But it’s when the characters began to speak that I was really taken aback. Despite the fact that the voiceovers have been done with a completely new cast, I’m not sure – and I just played Sins of the Fathers only six months ago – that I could tell it apart from the original. Gabriel Knight fans have voiced their concerns with losing Tim Curry’s original performance of Knight but Jason Victor, who voiced King Graham in The Silver Lining, has done a remarkable job capturing the Schattenjäger’s iconic Cajun drawl. “I know there was a lot of concern about that – but there was just no way to get the original cast again, or any guarantee that they would sound the same, which they wouldn’t after 20 years,” Jane said. 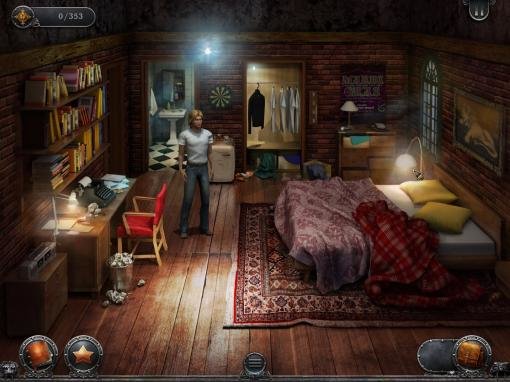 The rest of the cast’s voices were supplied by Bay Area Sound, but Jane wasn’t happy with any of the actors they had auditioned for the role of Gabriel. In fact, it was the folks at Phoenix who eventually recommended that she hear Victor’s impression of Knight. “He was amazing. He knew the game so well! He knew where every line went – and what the vibe was. I think he’s more Gabriel than anyone has ever been,” Jane said.

In fact, if there is a criticism to make, it’s that Victor’s performance may border a bit too much on the side of being an actual impression than a more personal translation of the character, but it’s certainly true to the original game. The music has also been completely re-mastered by Jane’s husband (and fellow Sierra On-Line alum) Robert Holmes.

As for the gameplay, there are some changes in the way you’ll interact with Gabriel’s world – it’s been significantly (and in my opinion, thankfully) streamlined. When you hover over a hotspot in a scene, the cursor changes to show the different actions that are possible with each object. (You can also press a button to reveal every hotspot in a location.) “It was sort of a conundrum. What we decided was to take all the verbs that we used to have, and if there was something really interesting about that, then we left the icon,” Jane said. “We don’t have everything [in the remake], so you don’t have to cycle through every little thing. But if there was even just a silly response for an action that we thought was clever, we kept it.”

It is still possible to attempt to “pick up” Grace. 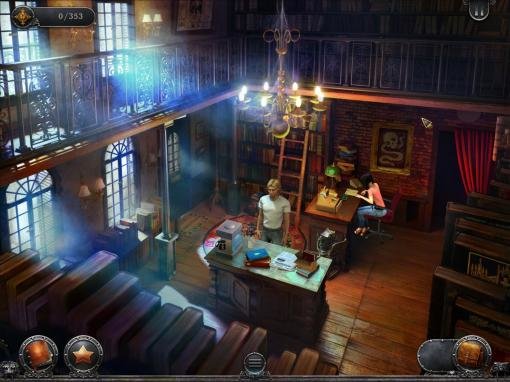 The myriad of dialog questions and responses are all in the remake and, just as in the original, when Gabriel initiates a conversation, a close-up of each of the talking characters’ faces appear. However, if a player doesn’t want to listen to every dialog topic, the game highlights which topic is absolutely necessary to hear in order to advance the story.

Minor changes have also been made to a few puzzles. Jane showed me how the infamous (small spoiler ahead) snake scale puzzle had been modified. Instead of pixel hunting for the original, nigh-invisible clue, Gabriel must now complete a mini-puzzle by following marks in the wet swamp sand to find the scale. In addition, the remake features an in-game hint system and a journal which keeps track of Gabriel’s progress through the adventure.

The remake will also feature a tab which allows players to access “special edition content” unique to particular scenes. This might include sketches of the original scene, an interview with one of the original artists, or even notes from Jane’s original design notebooks.

Jensen was vehement that nothing in the original that players fondly remember has been omitted, and that the core experience will remain the same, only with a few new surprises, including a number of new scenes and exterior shots. Obviously the game’s graphical level has been improved, although old fans may have different perspectives on the new, updated art styles in certain locations. 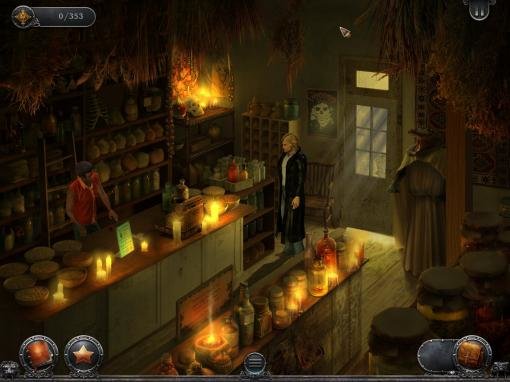 I asked Jane if today’s technology allowed her to add anything in the remake that wasn’t possible in 1993. “We’ve added a lot of detail – if you look at a book in the bookstore, an inset of the actual book is displayed,” Jane said. “One of the things I wanted to do with the remake was add a lot more of the New Orleans setting and flavor. I love the movie Angel Heart. It has such an incredible sense of location.”

Phoenix Online is still a relatively new studio – and the game’s modest budget means fans shouldn’t expect the remake to resemble a AAA title. The look of the Gabriel Knight remake is reminiscent of Phoenix’s own Cognition series and their work on Moebius, while also showing the maturation of the studio’s capabilities and talent, which have continued to evolve with each new project.

The inevitable final question was to ask what would be next for Gabriel after the Sins of the Fathers remake is released? Jane answered that additional remakes of Gabriel Knight 2 and 3 were extremely unlikely, considering the format of the originals (The Beast Within’s full motion video and Blood of the Sacred, Blood of the Damned’s 3D worlds mean they would need to be almost entirely re-designed). “My goal is to do a new one, to kick off an entirely new game,” Jane said, before adding the caveat, “If we’re successful with this one. We only have the agreements to do this for now. Everything else will have to be ‘wait and see.’”

The 20th Anniversary Edition of Gabriel Knight: Sins of the Fathers is due out by the end of 2014, and it seems that the franchise’s future may depend very much on how well this updated classic will be received once again by old fans and whether it will be welcomed by a new generation of adventure enthusiasts. As I said goodbye to Jane and headed out of Phoenix’s San Francisco loft space, I couldn’t help feeling that if there is still an audience for the old Schattenjäger, his fate may yet end up in very good hands. 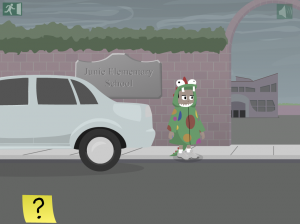