With Moebius scheduled to release early next year, Jane Jensen has tossed Adventure Gamers an enticing (and exclusive!) sneak peek in the form of the game’s prologue comic. Just what can we expect from the protagonist characterized in our E3 preview as “a modern day Sherlock, who also happens to pop Xanax pills like Skittles” – and what happened in his past to make him this way? Read on for answers. 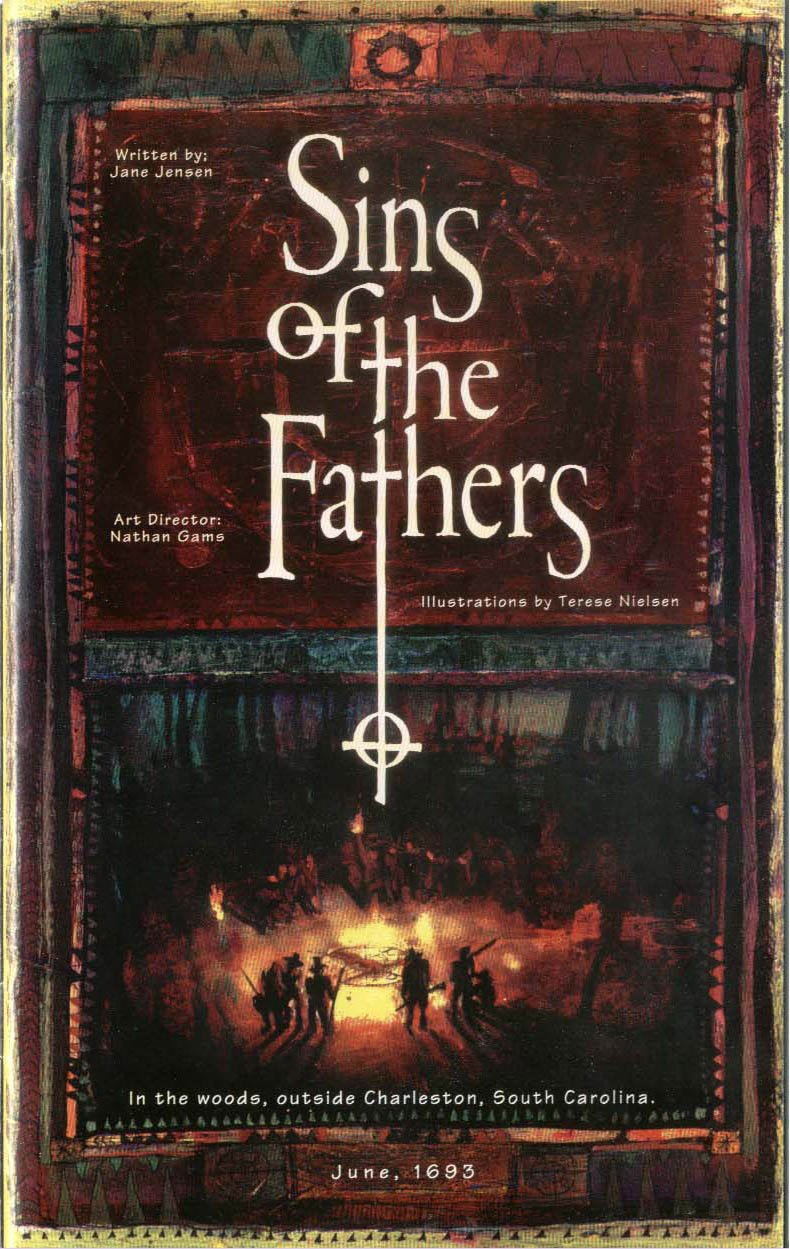 Fans of Jensen’s Gabriel Knight trilogy will recall that two of those games also had intro comics included in the box. “It started with GK1 because I had the big backstory to tell with Gabriel’s ancestor, Gunter, and Malia’s ancestor, Tetelo,” she explains. “There was no way to affordably produce that in the game itself. It was actually a big deal to convince the head of the studio to let us do the comic because they didn’t like adding anything that went in the box, as that was per unit price added on. But we did convince them. We did the comic in GK3 to also tell some backstory that was cheaper to produce that way, but also as an echo back to GK1.”

Jane mapped out the Moebius comic with Andy Hoyos, a former Sierra artist and art director of the new game: “I wrote out a script and he did page sketches. We went back and forth until the flow of the story made sense to everyone.” Once the panel and story layout were nailed down an artist named Lena Pigareva did the final art and coloring. (Click any image for larger version.) 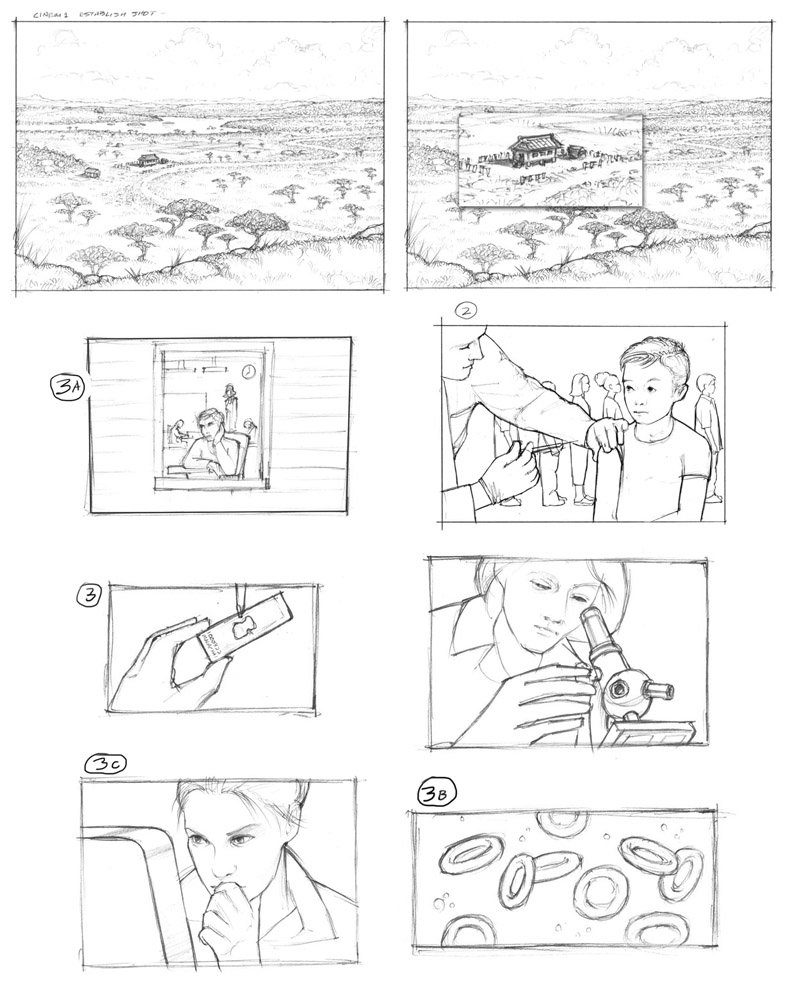 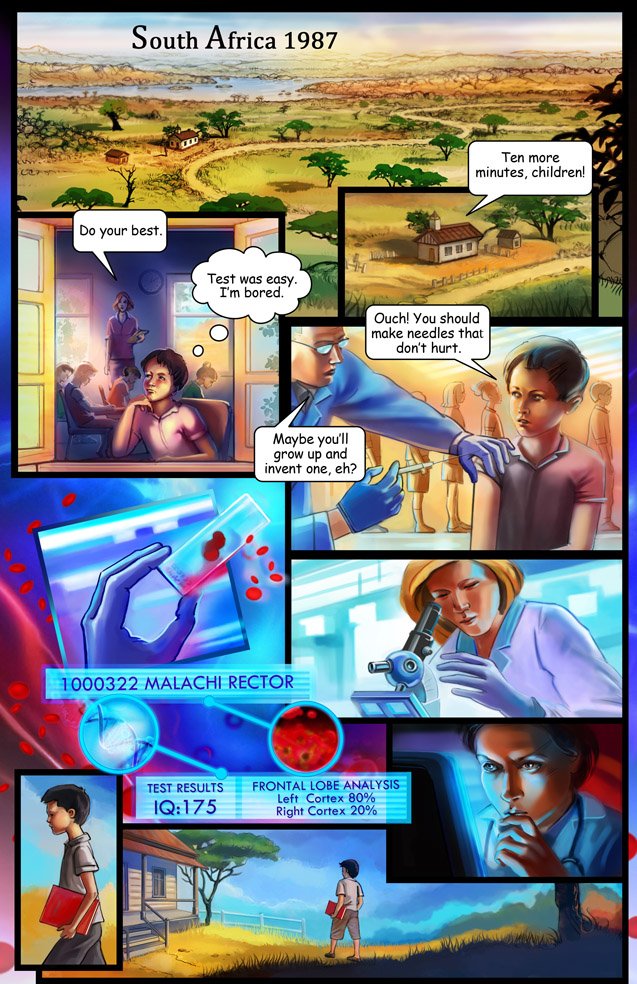 Like Gabriel Knight before him, Moebius’s Malachi Rector will visit several international locales, and the comic sets up his jetsetting ways. “Malachi has a Spanish mother and a German father and I wanted that childhood section to be someplace more rural and remote – and of course, the lion is a big component of that backstory. So his childhood scenes were set in South Africa,” Jane says. “The adult scene in Spain I chose to show how Malachi’s work takes him all over the world.” 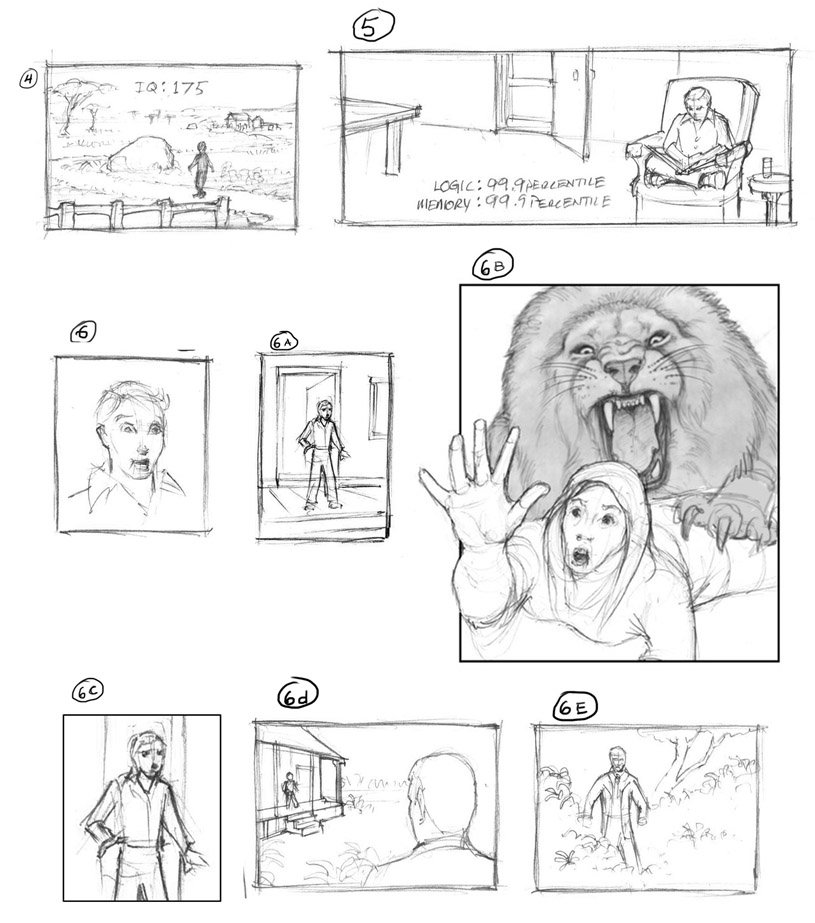 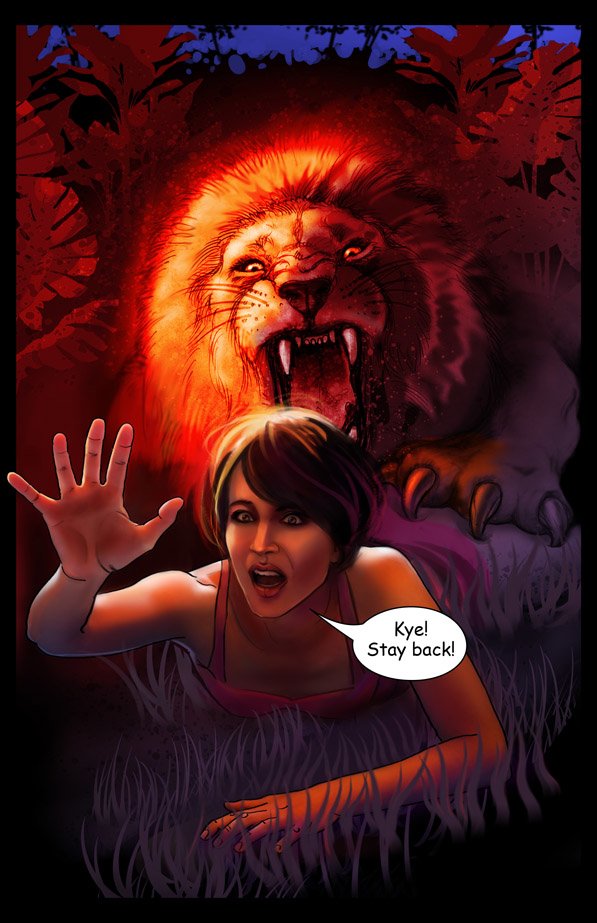 And what exactly will we learn about the prickly Malachi Rector from this prologue? “First, that he was tagged as special by some agency when he was a boy. That comes into play in Chapter One of the game,” Jane says. “Also, the backstory with his mother has significance in who Malachi is as an adult. She betrayed his father and she paid a terrible price for it. This has led Malachi to be very distrustful, particularly of women’s faithfulness. The section in Spain sets up who Malachi is now and the fact that he has this amazing skill at evaluating objects that takes him all over the world.” 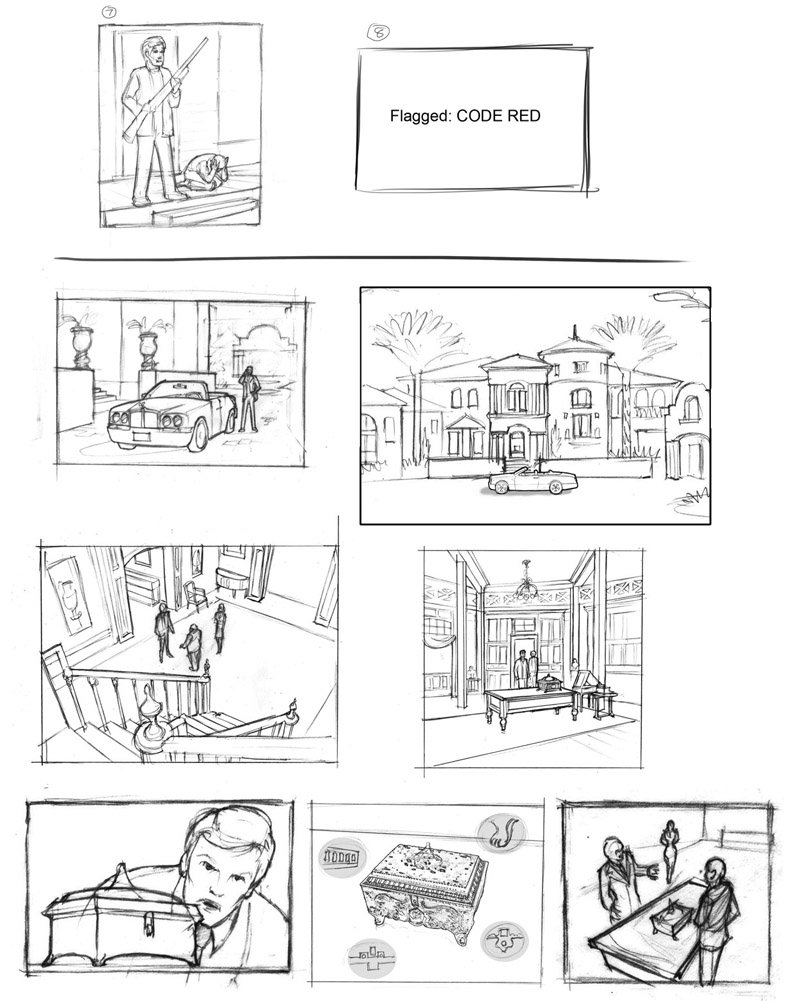 A digital version of the Moebius comic will be viewable from within the game, but you can read it right now by downloading the PDF below. Pinkerton Road plans to include a printed version in the boxed copies of Moebius that go to the upper level Kickstarter backers. The game is expected to ship for PC, Mac, and Linux in early 2014, with iPad and Android versions following later in the year.

Shnubble
I liked the comic. I had no real interest in Moebius; now I have. I certainly would have used another font, though. There is an abundance of different comic fonts matching every possible tone available today. As for the art style, while I personally prefer more stylized drawings, I don't think it's fair to call it amateurish. The coloring is unusual, sure, and I would have preferred a more consistent technique, but then it seems to change in reaction to the story. The only thing that really brings it down a bit for me, is the fact that the faces and characters aren't that recognizable and even change sometimes. For example when Rector has a closer look at the chest. That's related to style, but in the end comes down to execution. (Which I still wouldn't call amateurish. I've seen lots of "professional" comics with similar problems. )

tomimt
I can't say I'm a huge fan of the art style of the comic. The writing is decent, but the style brings it down and makes it look amateurish.

gray pierce
The comic is really good. I quite like this Malachi Rector character. He's very suave and ruthless. Colour me very intrigued now.

ghettodoghammer
German father and Spanish mother? sounds like a famous Hollywood actor that might win an Oscar for some of his work this year!
Advertisement
feature