It’s hard to talk about adventure games without giving credit to one of its earliest and most celebrated pioneers. Back in 1993, Cyan Worlds released Myst, one of the defining games of the genre which went on to become the best-selling computer game of the 20th century. Now on the eve of Myst’s 20th anniversary, Cyan is embarking upon a whole new adventure via Kickstarter called Obduction.

Obduction is a game as mysterious as it sounds: abducted in the middle of the night by an enigmatic alien artifact, you find yourself whisked away to a strange world of fantastic landscapes and foreign architecture. And in the midst of these alien surroundings is an old farmhouse complete with a white picket fence…

An organically unfolding plot – told via gameplay as opposed to cinematics – is something Cyan is working hard to achieve. Naturally, not much has been revealed about Obduction’s plot at this time. But Cyan’s Rand Miller is adamant that players be thrust into an unknown world, making it necessary for them to find their place in this new world and “become part of the story”.

As such, Obduction is a spiritual successor to Myst rather than a direct sequel; there is no connection plot-wise, but the experience should be quite similar. Created using the Unreal Engine 4, Cyan’s current plans for the game encompass “stunning landscapes, deep storyline, engaging characters, dramatic soundscapes, and challenging yet intuitive puzzles.” Of course, the team still has lots of time to develop the game, as the title isn’t expected to ship until October 2015 if it reaches its crowdfunding goal.

Still in its early stages, Obduction’s Kickstarter campaign to raise $1.1 million runs until November 16 – plenty of time to throw your hat into its digital arena. A minimum $25 pledge will result in a download of the game for PC and Mac, with boxed copies available for $75.

To learn more about the game and contribute to the campaign, visit Obduction's  Kickstarter page for full details.

Noitalever
Obduction is currently on the GOG wishlist if you are interested in voting for it; http://www.gog.com/wishlist/games/obduction_by_cyan_inc

Lee in Limbo
Massively exciting news. I shall go mention it in that overdue review I was working on.
Advertisement
game announcement 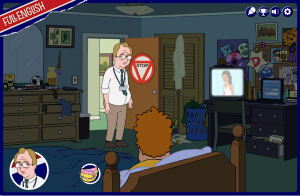