The Curse of Shadow House review

We get a small commission from any books sold.
All Bitmap Books
Written by
Randall Rigdon — September 23, 2013

Independent developer Eric Shofe set out to challenge the current zombie-swarming horror in mobile gaming as the basis for his successfully funded Kickstarter project. The end result, The Curse of Shadow House, is a delightfully atmospheric, 7th Guest-inspired adventure that is truly a joy to play at times, but several of its elegant concepts stand in unfortunate contrast to some not-so-graceful executions.

A clear example of this is evident right off the bat in the interface. Every time you tap the screen (at least in the iPad version I played), you hear a pulsating heartbeat. Such a nuance is enchanting at first, introducing just one of many little subtleties throughout the game that make for an engrossing experience. However, it only takes seconds to realize that every time you tap the screen the heartbeat is triggered – not only is this repetitious, it becomes a rather distracting annoyance. This sort of weak execution of an otherwise refreshing concept is indicative of the game's overall discrepancies.

However, these things become easy to overlook as soon as the heavily layered atmosphere kicks in, particularly once you arrive in the titular "shadow house". The game’s beginning moments incite you to travel through a mysterious forest, a peril-filled journey that ultimately lands you at an intricately designed manor that's joyously reminiscent of a campy childhood Halloween haunted house attraction. While it’s not the largest haunted mansion in recent adventure gaming memory, the backdrop provided is just substantial enough to provide a healthy amount of alluring scenery. 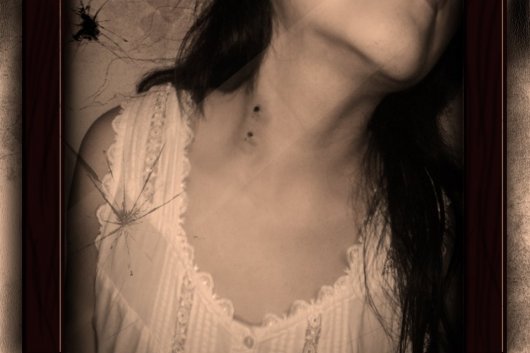 Bearing eerily abandoned bedrooms aplenty, a dark, cobweb-infested wine cellar, a ghost-inhabited cemetery, and even a crystal-ridden cavern, The Curse of Shadow House immediately throws you into a largely nonlinear adventure in which most areas can be explored at whim right off the bat. The open-ended nature, although encouraging exploration, manages to create some unintentionally confusing situations early on. For example, many of the initial objects I discovered were described as ideal for “the antidote”, before I had yet discovered there was an antidote, or really why I even needed one. Apart from moments like these, however, the design works beautifully, never once letting you lose sight of your target destinations. The puzzles are incorporated fluidly, so you won't ever find yourself running back and forth and backtracking to any sort of extreme. A proper sense of progression is fully realized as you delve further and further into the mansion, constantly allowing you to easily find new rooms with plenty of puzzles and challenges at a frequent and enjoyable rate.

The puzzles you'll encounter throughout the manor are varied and usually undemanding, keeping intact the relaxed, pleasing atmosphere that pervades the entire game. Alongside largely inventory-based obstacles, The Curse of Shadow House trickles in the occasional minigame-like distraction and clue-based riddling: notable examples including a labyrinth, an accelerometer-based challenge involving navigating a ball through a maze, as well as a few unscramble-the-portrait, slider-based puzzles that unlock more hidden areas. Although these puzzles can often seem random, the variety maintains a level of engagement and novelty that breaks up any potential mundaneness.

The protagonist's journal, which I originally mistook to be only a secondhand hint guide, is really a tool that's essential for success, particularly in understanding what would otherwise be absurd and unexplainable solutions. The journal actually contains a large amount of the game's storytelling and provides logic and reason behind most of the riddles, often tossing in vital information about challenges that couldn’t have been observed elsewhere. For example, a Latin phrase recorded early on ends up being imperative to solving one of the game’s final moments. In a similar sense, the protagonist writes an otherwise unobservable comment about a particular candle on the wall appearing “loose” – which of course is a signal that one of the many candles adorning the manor might actually play a role in furthering the story. 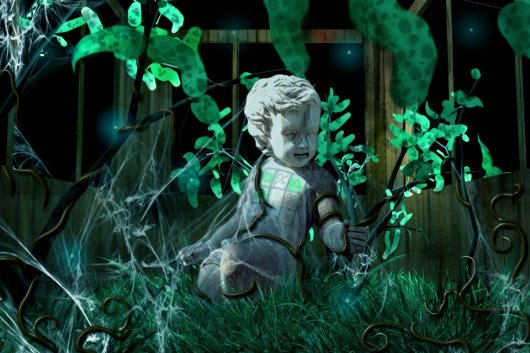 The story overall is compelling, even though at times it doesn't feel as intense as it maybe should. Essentially you awaken in the house after having been cursed and kidnapped by a supernatural being – the game's main objective being to somehow break free of both. While less a horror story than a creepily-layered backdrop for exploration and puzzles, The Curse of Shadow House does manage to a deliver a few legitimately startling moments alongside its subtle, yet well-realized narrative experience. Through letters and clues scattered throughout the haunted manor, this backstory unfolds, unveiling an enthralling past tale of romance and loss that forms the heart of the story.

Occasionally a ghostly character appears that somewhat explains the story further, but frankly, some of these characters look outright silly, randomly utilizing an uneven mixture of photography and cartoon visualizations. This stands in stark contrast to the more beautiful prerendered backdrops you’ll see as you explore the house and its grounds. Strangely, some ghostly characters actually have an entirely different, more natural appearance that blends nicely into the attractive prerendered backdrops, so it's odd that not all of them were presented the same way.

This again comes down to execution, as the creepy tone that makes the game so charming is thrown off by moments that just don't mesh well with the rest. Similar inconsistencies occur most noticeably within the soundwork. The music is exceedingly strong, adding a heavy layer of depth and mood to the overall eerie feeling. This atmosphere is continuously disturbed, however, with the random littering of stock screams, background creakiness, and shockingly loud sound effects that clash with the events of the game. Early on, for example, a startling orchestral sweep smacks you in the face when you look in a mirror. Although your reflection reveals a subtle hint of the fate that has befallen you, the moment certainly does not call for such an alarming musical trigger against the otherwise creepy, lonely setting in which you find the mirror. 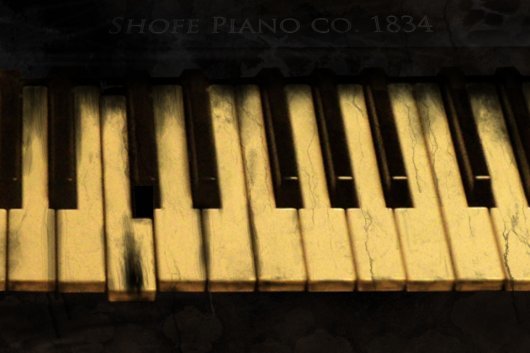 Similarly, an echoed crying baby effect recurs repeatedly throughout the whole game, and although it is unsettling when you hear it, it never occurs at a proper moment. In fact, even when the game ended and had faded to black, the same baby could be heard. At first I thought since I had chosen the bad ending that maybe the sound was thematically appropriate, but when I went back and played through to the good ending, the same sound occurred again at the same point, pretty much leaving me to believe it was thrown in for no particular reason.

In the same mixed-bag fashion, the visuals offer a very dignified first-person slideshow presentation that comes off as endearing here rather than dated. The downfall graphically is the obvious pixelation, which is particularly apparent in certain circumstances (such as distractingly on the title screen) but then seemingly nonexistent in others. I don't know if this is the case on smaller devices, but on the iPad the pixelation was at times off-putting. On the other hand, a vibrantly red, attention-grabbing painting of a deformed face that also functions and animates as a secret door is just one of many incredibly slick-looking moments in the game, creating a strange contrast of high and low resolution scenery throughout.

Overall, The Curse of Shadow House provides a fun few hours sprinkled with many small subtleties that will appeal particularly to fans of slideshow games looking for an adventure that will stick with you even after you’ve put it down. There are even a few Easter eggs I found along the way that make nice little references to some of the genre's finest gems. Both its visual and audio presentation contain a few notable inconsistencies that unfortunately tarnish the otherwise immersive mood, but if you can look past those and count The 7th Guest as one of your favorite adventure gaming memories, you'll find this to be a relaxing and worthwhile tribute to the gone-but-not-forgotten time of haunted house adventure games.

Although an endearing tribute to classic first-person horror adventures, The Curse of Shadow House collapses under the weight of too many concepts that lack strong implementation, creating an uneven experience.

GAME INFO The Curse of Shadow House is an adventure game by Hidden Treasure Games released in 2013 for Android and iPad. It has a Illustrated realism style, presented in Slideshow and is played in a First-Person perspective.

What our readers think of The Curse of Shadow House 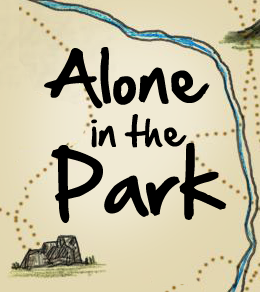