Sitting with César Bittar on the floor of the Moscone Center in San Francisco, amidst the moving throngs of attendees at the Game Developer’s Conference, was somehow both uncomfortable and yet oddly appropriate – adventure game addicts trying to carve out a little space among the hustle and bustle of the triple AAA game stations, booths showing off the latest 3D engines, and the hundreds of eager students dropping off resumes at the career pavilions.

Young and charismatic, César's enthusiasm for adventure game storytelling that first drove him to create The Silver Lining, the fan-made King’s Quest sequel, is infectious. That passion has since led to several commercial projects for his company, Phoenix Online Studios. Phoenix is currently working on a trio of adventure games due for release this year, and I was eager to have a look, with one in particular promising the return of a gaming legend.

The first adventure César showed me was the most recent episode of Cognition: An Erica Reed Thriller, the third game in Phoenix's dark mystery series. It’s obviously the project that César and Phoenix are particularly eager to see succeed, having not only backers to please from the successful Kickstarter campaign which helped fund the project, but also because of the input from the studio’s most important friend, Jane Jensen.

The Erica Reed series has been well-received so far for its high-paced plotlines, impressive cutscenes drawn by comic book artist Romano Molenaar, Raleigh Holmes’s excellent voice work as the titular character, and its mature, involving story arc that will carry across all four games. The story follows Erica, an FBI agent with supernatural powers, as she comes face-to-face with horrifying serial killers while trying to track down the one murderer responsible for her brother’s death. The first two episodes weren’t short on surprises, so what can fans expect from Phoenix and Bittar (lead writer and designer of the series) in the upcoming The Oracle? César doesn’t hesitate: “Everything is revealed in this episode,” he said, motioning to the opening cinematics. “You’ll see how all the serial killers relate to one another, and to the main mystery.”


In this chapter, expect to come face-to-face with the killer responsible for Reed’s obsessive quest. Without giving away the few spoilerific moments I saw, you can count on the identity of the killer being as unexpected as it is disturbing. Even more disturbing is that this is the first Cognition game where you will play a character other than Erica. As the series has never shied away from the gruesome, this option will definitely not be for the faint at heart. "In this episode, you’ll get to play as the killer,” César said, showing a scene where the perspective alarmingly shifts to the more grotesque perspective of the game’s psychotic villain. “And you’ll get new powers through actually being the killer.”

Gameplay in The Oracle will be similar to the first two entries – the puzzles won't be too difficult, providing a combination of logic and inventory obstacles along with the novelty of being able to access Erica’s precognitive ability to access past events and memories. This time around, Erica will acquire a “Synergy” ability, which will allow her to combine items and memories to provide even more insight about crimes, motives, and events of the past. The Oracle takes place entirely in one building, and the length of the game will be closer to the second entry in the series, clocking in between 3-5 hours (the entire series is planned to be a total of 15-20 hours).

This episode’s reveal is designed to set the stage for the series climax and resolution in the final episode, The Cain Killer. “The fourth episode is going to be a non-stop action episode. It is going to be billed as having no downtime, no stopping, the player will just keep going and going,” said César. “People will be connected to Erica and be able to relate to her. The story is a bit of a cautionary tale here about how Erica loses her edge.” The final game will also open up a number of new locations, and a few surprising choices that the player will have to make to finally resolve Erica’s journey.

Of course, Jane Jensen is serving as a story consultant throughout, and her own style is evident in some critical aspects of the Erica Reed series. An admitted fanboy of Jensen's (calling The Beast Within the greatest adventure game of all-time), César lauds Jane's help in focusing the game on Erica’s precognition abilities to tighten the narrative, as well as her attention to detail that is vital to the game’s impact. “Having the opportunity to work with her is amazing. She’s so detailed in what she does – from what her characters are like to what they’re wearing. She’s that detailed,” he said.


Cognition isn't the only Phoenix-Jensen collaboration, as the company is also busy working on Moebius, the eagerly-awaited first project from Jane’s own studio, Pinkerton Road, whose first trailer was released during the GDC. About this game César is a bit more coy; although Phoenix is handling the technological development of the game, the information leaked so far (both to Kickstarter backers and to press) has been as enigmatic as its plotline. “This is really exciting to have the first adventure game from Jane since Gabriel Knight 3 that she’s the main designer of and has full control over. It’s a full-fledged adventure game,” he claimed, once again citing the detail she’s put into every scene, the plot, and how she’s introducing a brand new supernatural conspiracy that may – or may not – threaten the world.

At the heart of the story is Jane’s newest creation, Malachi Rector, an antiquities dealer who is pulled into the conspiracy while traveling to several exotic, real-life locations. None of this sounds too unusual for a Jensen game, so I was curious what innovations we might see. “Jane is actually trying a lot of new things that are really cool,” César informed me. “The actual story of the plot is based on Möbius [theory]; it’s about the patterns of the world and how certain organizations try to control those patterns.”

While no gameplay footage was available beyond the trailer, César assured me that the legion of Gabriel Knight fans will not be disappointed. Moebius will blend fantasy and non-fiction elements to present conflicts, villains, and a backstory that is designed to feel both possible and contemporary, continuing Jensen's habit of placing the supernatural in the ordinary world. 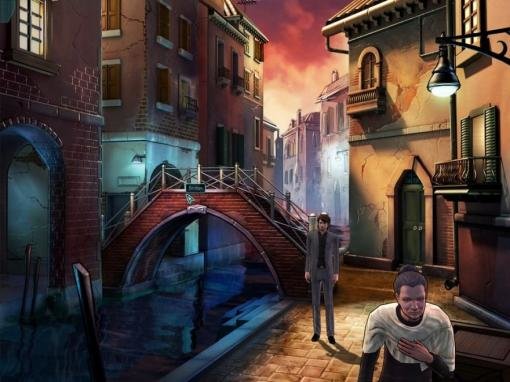 
Feeling a sense of déjà vu, I inquired how Moebius was going to set itself apart from the legacy of Gabriel – what will the new game offer that her Sierra catalog did not? “The Gabriel Knight games were much more laid back,” César replied. “Moebius is much more poignant, and much more modern. It has a sense of economy and a much more high-tech feel to it.” I also asked César how Malachi might be different than Gabriel, and he pauses to think. As he does, Phoenix Online’s vice president Vitek Goyel joined us on the floor, looking at the trailer with us. “Well, Malachi feels like James Bond,” César finally replies, before Vitek adds, “James Bond with anxiety problems.”

Pinkerton Road hasn't announced a release date for Moebius yet, but César assured me it will be out before the end of the year, and he’s looking forward to it as much as the rest of Jane’s fans are.

With full-scale production on two games already underway, it's hard to believe there's even more work on the plate for this tiny studio, so I inquired about when we might see Face Noir, the film noir detective adventure from Italy whose localization Phoenix Online is handling. “It will be ready sometime this summer,” César stated, adding, “I think adventure game fans will be happy. In addition to the story, some of the puzzle ideas are really good.”


The gameplay is firmly rooted in adventure tradition, with both inventory and logic puzzles incorporated in the 1930s-era mystery. However, Mad Orange designers Gabriele Papalini and Marco Sgolmin have introduced some different interface mechanics, such as using the mouse to interact physically with the environment, including moving it back and forth to pick a lock or side-to-side to slide a panel open. César's favorite innovation in Face Noir is that as the game’s gumshoe protagonist Jack Del Nero uncovers clues, they are combined to provide new insights and eventual solutions into the mysteries he’s unraveling. This information allows him to explore new avenues of interrogation, as well as locations to explore.

Originally intended as a single adventure, Face Noir grew so large that it has now been broken up into two halves. You can read all about the first installment in our recent hands-on preview.

With that, my time with César Bittar was over. I was just one of a number of back-to-back interviews for the fledgling studio, whose work is evidently being noticed. Although The Silver Lining might have put Phoenix Online on the map as an adventure game player, it’s what they’re doing with the lessons learned from that ambitious fan project that has opened up these new opportunities. While the big boys were playing with their FPS toys on the GDC expo floor, one of the conference’s most industrious visionaries quietly held court on the periphery, and from what I saw and heard in my time there, the genre's future looks promising in the hands of Phoenix Online. 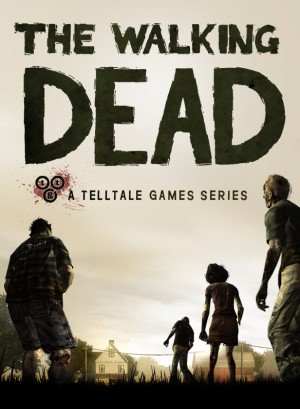 Private Moon Studios - AGON 5 and beyond