After a modest start in 2011, AdventureX, the UK’s first and only adventure game expo, returned bigger and better in 2012 after attracting more interest from the developer community and receiving financial assistance through crowdfunding. The additional funds certainly helped to transform the sophomore event, which secured an impressive venue at the University of East Anglia in London, once again organized by Screen 7. Set over the course of two days in December, the event spread out across two ultra-modern conference rooms and a gaming lounge in the foyer, creating an atmosphere that was certainly different from last year. It's still far from the adventure game equivalent of PAX, but its scope was significantly expanded in terms of attendance, size and overall polish, attracting nearly four to five times the attendees as last year.

The biggest name in the room this year was Wadjet Eye’s Dave Gilbert, who flew in from New York just for the event, but there were many other developers there touting their latest projects. Speakers talked about the challenges facing indie developers and the means to overcome them. There were panel discussions and special guest speakers, and even some downright silliness. But best of all, it was a weekend where you could get together with others who are enthusiastic about the genre.

AdventureX was initially focused on AGS (Adventure Game Studio), and while the popular free game engine was once again well represented, this time round a variety of developers made an appearance, many using different development packages and working across an array of devices. In fact, there seemed to be quite a collegial atmosphere as visitors began to network and talk about the potential of different platforms. There was plenty of occasion to introduce oneself to programmers, artists and composers, and lots of cards were exchanged with the potential for future projects on the horizon.

With so much to see and do this time around, our coverage is much more extensive than last year, but even with two Adventure Gamers staff members in attendance, we still couldn’t manage to see it all. So, with apologies to anyone we missed, here is a roundup of what went on at AdventureX 2012.

At the start of the game, a simple tap-based dice-rolling system is used to generate some typical RPG stats, such as strength and hit points. From there a handful of skills are selected to round off the character. This selection of skills soon has an impact on the story, such as a lack of swimming skill making the attempted passage across a swift river a risk that proves fatal. Nicholas noted that these are recurring situations in the game. In some instances, the player can trust to fate to pass an obstacle without the necessary skill, whilst in others the lack of ability will prevent an option even being offered. Fortunately for our new hero, just prior to the fatal mistake, Nicholas had activated the bookmark feature in our demonstration. Like keeping your thumb in a page of physical gamebooks, this allows the player to take back unwise actions. Hamnasya's fight system was also demonstrated, with an on-screen card depicting the opponent’s stats, allowing you to make informed decisions on how to approach the battle. The game also features an orchestral soundtrack.

Since the show, Hamnasya: Askayrl’s Grimoire has been released as a universal app on the App Store. To learn more about the game, head on over the official website.

As the 18th Interactive Fiction competition showed, the text adventure is far from a dead format. However, for those wishing to write their own text adventure, many of the currently available engines can prove daunting to use, with some programming skill required. Demonstrating his own user-friendly engine, Quest, Alex Warren set out to show that writing your own text adventure could be easier than you think.

In his demonstration, Alex created a simple two-room adventure set in a school. Initially he used only the default object list and responses built into the engine, showing that a perfectly workable adventure could be made without having to write reams of text. After this basic introduction, he further refined the adventure, creating a teacher with a defined gender and a handful of objects in the school cafeteria. It took him only a matter of moments to set up these details, as well as write some unique descriptive text for each.

Alex then went on to demonstrate how a simple puzzle could be created. Citing a strict healthy eating policy at the school, he set up a simple script that prevented a bowl of chips from being acquired unless the player had already taken a healthy salad.  The versatility of the engine was further demonstrated with one of the existing adventures already created by the engine having two on-screen interfaces. One side controlled a patient in isolation whilst the other controlled a doctor observing them, with the actions of one being mirrored by descriptions of the other’s perception of the action. The game construction interface looked extremely easy to use, and having tinkered around with it myself after the event, I can vouch for its accessibility.

The Quest engine uses a simple system of tabs and drop-down menus to handle everything. Rooms, objects and people can be created with a couple of clicks, with a directory tree keeping track of what is where. Items can be dragged around on this tree in a way that mimics file manipulation. When an object is selected in the tree view, a number of tabs appear on the right-hand side appropriate to the object selected. For example, rooms include tabs for the general description and available exits. For objects there are more tabs, including how they are handled for inventory purposes, and what happens when you try to use them. The actions are all handled by check boxes or drop-down lists, making even the creation of scripts, such as the one that checked you had the salad in the demo, a relatively simple act.

There are many more advanced features available, such as timers and the ability to create your own commands. It would appear that this is an engine that will allow budding designers to do much more as they become more skilled. Once complete, the playing interface features the traditional text parser line, but also includes a clickable compass for movement and hyperlinks for objects to make it more convenient for players.

To download the free Quest engine or simply to play some of the games that have been created with it, visit the official website.

Back in the 1980s, the text adventure was king in the Western world. Over in Japan, the unique text parser issues of a pictogram-based language led them to take a different path. There the visual novel took precedence, and is still a major force in the Japanese games market today. German developer Götz Heinrich of Tall Tales Productions presented a two-part talk about this separation.

Meanwhile, the western world’s move to point-and-click games allowed a much wider variety of puzzles and gameplay, but generally stuck to one story route and only had limited character development. Some attempts to extend on both sides were acknowledged. The largely visual novel-based games 999 and Catherine introduced timed puzzles and platforming, respectively. Meanwhile, Lucasfilm's Indiana Jones games were a foray into branching plotlines, with three path choices for the latter part of Fate of Atlantis.

These pros and cons of the two approaches led to the second part of his talk. In this Götz appealed for the branching of the visual novel to be combined with the puzzling variety of point-and-click adventures to create a greater whole. The main objection to this in the past has been the exponential expansion of work created by having multiple paths. Subtitling this second presentation “Branching without exhaustion”, he addressed this issue by presenting various ways in which branching was possible while still mostly using the same assets for all paths.

His thoughts started simply, with multiple approaches to a problem, such as fighting your way into a building or using persuasion. Alternatively, having an item that could solve two puzzles, but which was consumed by either, would force players to make a choice knowing they would be closing off another option. Other ideas included behind the scenes stat-building, such as reputation from earlier actions affecting options available later. Even ideas from other genres, such as the grid-based advancement of the original Wing Commander game, were posited. In that game, after each mission block your next set of missions was determined by your level of success. As varying degrees of success and failure moved you back and forth across the grid, your overall path through the game could change each time, even if you ended up passing through some of the same blocks on different play-throughs.

Whilst mainly aimed at the developers at the convention, I found this to be an interesting topic with lots of food for thought. I was not totally convinced by the absolute dichotomy between the two genres, but the ideas for branching without extra strain were intriguing. I hope these inspire game-makers in their future projects, to the benefit of us all.

AdventureX 2012 still may not have been the largest gaming event or had all the bells and whistles of a major show, but it was an impressive step forward from last year. For visitors it offered the right balance of relaxed atmosphere and opportunity to see the latest indie games in development first-hand and talk to their designers, sit in on panel discussions and listen to special guest speakers. For the developers themselves, it provided a chance to meet some of their peers and network face to face, share development tips and experiences, and show off their wares in an open, receptive environment.

But best of all, it was a weekend where you could get together with others who are enthusiastic about adventure games, and that is always something to celebrate. We look forward to attending next year’s event, hopefully even bigger and better once again!

All Quest for Infamy games (series/episodes)

Technobabylon Part 1: The Prisoner of Fate 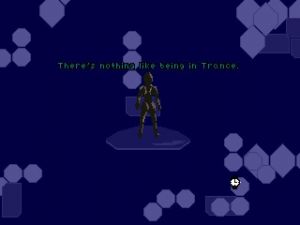 From the department of Better Late than Never, a video of AdventureX has now been added (first page, near the top of the article).

A very good chance, m0ds! I’ve added those links to the intro.

Kasper, rather than post a few more fairly random photos, I know Screen 7 is working of making some videos from the event, which will hopefully be available soon.

You know, you gotta salute an infamous grab at an Infamous Mug.  We’ll see about getting you one down the line.  Thanks for stopping by guys - you gotta watch out for Broomie.  He’s a wily guy!

SUCH great fun. Hopefully I can attend again next year. Thanks for the great write-up!

It was rigged! Oh wait I was running it. Very well written and thorough report on each item, thanks guys! Any chance of a link to the AdventureX web address or Screen 7 please?

Is there any pictures from the event? For us who didn’t attend :-)

For anyone who attended AdventureX, there’s a feedback form for the event - http://tolu.na/W0nkKq

Forever will I lament the day that I ALMOST had the Infamous Quests cup… If it wasn’t for Broomies quick reflexs and Steves natural ability at winning raffles… the world would be a VERY different place!

Oh, way to rub it in Rob’s face, Steve(-Batman). You ARE nefarious! 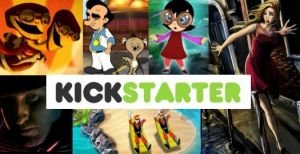 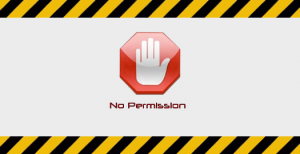