The Dark Inside Me

Oz Orwell is a famous investigator of the paranormal. He's a specialist in sniffing out clues about those beyond the grave, as much as he's an expert on all-expense-paid trips throughout Europe. Indeed, discovering the “facts” about haunted houses is his most important goal, except for maybe producing the “enhanced” video footage he displays on his internet show "Ghosts and Mansions". Perhaps you could call him a charlatan or just someone who gives people what they want, but Oz, strictly speaking, isn’t exactly making an honest living.

But things are about to change for the titular character of Oz Orwell and the Crawling Chaos, as his next destination is an abandoned mansion on the outskirts of Milan. After filming himself walking in, Oz is knocked unconscious by an unseen force in the foyer. He awakens to find himself trapped inside the house, where he becomes witness to what he believes are a series of terrifying paranormal occurrences. With no other options available and no apparent means of escape, Oz sets out to discover the cause of his imprisonment and the mystery behind the house in a horror-filled thriller that will keep you on the edge as you plunge deeper into the madness of Angst Mansion.

The brainchild of Danilo Cagliari (aka Midian Design), Oz Orwell is a game that combines supernatural horror with what is essentially a detective story. It also involves a conspiracy theory element in a narrative that is well-layered but quite linear and often difficult to follow at times. The mansion is haunted by a variety of ghosts, each of which has its own distinct personality and different motivations, and will interact with you in various ways. The first and perhaps most crucial spectral character is a little girl by the name of Zoe, but others, including a man in a wheelchair and another who appears to sleep upside down (do ghosts sleep?) are also equally important for different reasons. 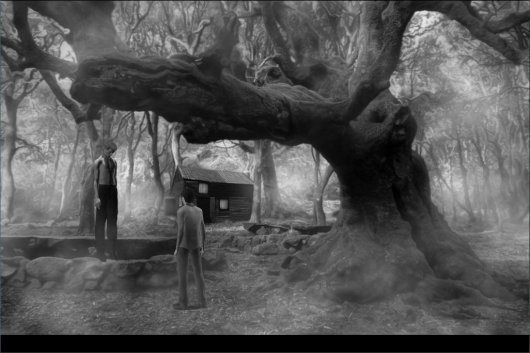 One of Oz’s first horrific encounters is a floating kitchen knife that is flung straight into a note pinned to the refrigerator, providing a cryptic message that he cannot yet understand. Another is a fully animated but empty play carousel which normally requires a small child to be in it in order to turn. Even more alarming is a bath full of blood with a hand slowly rising from it. These are just some of the many events that start to unnerve Oz (and probably the player along with him). Behind these eerie occurrences is an even more disturbing manipulation plot that Oz begins to peel away, little by little, culminating in a surprising climax. You will be genuinely surprised by the ending, but it will also seem like a natural conclusion once all the pieces are in place. The journey leads Oz through and beyond the realm of dreams (or is it nightmares?), in which he will relive some of his own fears and greatest terrors.

Visually, Oz Orwell is stunning... for a game released in 1998. But seriously, the graphics are pleasant enough to look at, with lots of pre-rendered scenes and characters, but they do look dated and fall short in a few areas. The first is the static nature of the backgrounds. There are many scenes, particularly in dream sequences, which would really benefit from extra touches such as the fog, wind and clouds being animated. The lack of ambient movement gives the game a stiff, rigid feel that hinders the suspension of disbelief. Another issue is the faux 3D character sprites, which lack either the fluidity and flexibility of properly animated 3D models or the personality of custom drawn animations. Cutscenes look quite good, but are displayed in a much lower resolution due to the technical limits imposed by the Adventure Game Studio engine. You can tell a lot effort has gone into each cinematic, but the discrepancy will quickly dispel any illusion of this game being a cutting edge title.

Even with its negative points, this is perhaps Midian Design’s best looking game to date, significantly improving upon many past efforts. My first impression was of an early Resident Evil / Silent Hill game played at a higher resolution, though missing the 3D effects. Backgrounds are mostly comprised of deep blacks, dark greys and heavy blues, appropriately conveying an eerie feeling. The mansion itself has the look of an old Italian Renaissance estate, with antique furniture, mosaics, and other intricate details splayed throughout. The dream sequences are presented in black-and-white with contrasting grey tones, and are at times grotesque in their presentation, using mildly H. R. Giger-styled creatures and artefacts in some areas, whilst drawing upon religious themes and crucifixion in others. Every dream scene has a uniquely surreal quality, tapping into the fears of each dreamer to present a series of bizarre and distorted worlds. 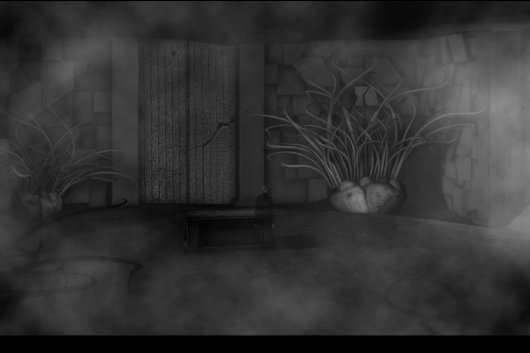 Sounds are the usual standard for games by this developer, but with a more complex and sophisticated score than normal. In fact, the background music here is excellent, with a composition of dark and moody themes that tie in well with the horror atmosphere. But the minimal sound effects and absence of voice acting (except in the opening animation) are once again a letdown. It’s hard to hold such things against a budget indie game, and they don’t particularly detract from the experience, but knowing what could’ve been is still disappointing. Small touches like haunting voices, creaking and random footsteps (where there shouldn’t be any) are the type of things that give horror games a heightened sense of anxiety. Add in some polished voice acting to bring some of the more terrible characters to life, and we could have had something really special. Sadly, this game just doesn’t reach such heights in terms of its audio offerings.

The gameplay mechanics for Oz Orwell keep things simple with a clean, minimalistic interface. The left mouse button controls Oz's movements and interactions with the environment and other characters, while the right button provides an examine function. The cursor highlights over hotspots, but if stuck there’s no way to show all the hotspots on screen. Inventory is displayed at the bottom once you hover your pointer over it, where you can click on an item and then attempt to combine it with another or apply to a hotspot. Oz is able to navigate through each room or corridor at quite a fast pace, with a walking speed that feels just right. There’s no quick travel navigation or maps of any sort, but the scope of the game and area size doesn’t really require it. There’s no journal feature either, though there is someone else's diary to find during your travels. That’s more or less it, but it's all the game requires, letting you focus on the gameplay itself rather than interface.

It took a while for me to get into Oz Orwell, as I found some of the early puzzle threads difficult to follow. There are a few puzzles that could really use more clues and direction, although if you do get stuck, trying every item in inventory is helpful, if time consuming. There is also a bit of pixel hunting required, which I generally consider to be the bane of my adventure gaming existence. Having to track down some obscure item that's too well blended into the background somewhere is just a time waster, especially if you have no idea what you’re looking for. There is a puzzle just like that here, and if I hadn’t stumbled across the hotspot by accident, I would never have known it was there or even bothered to look. 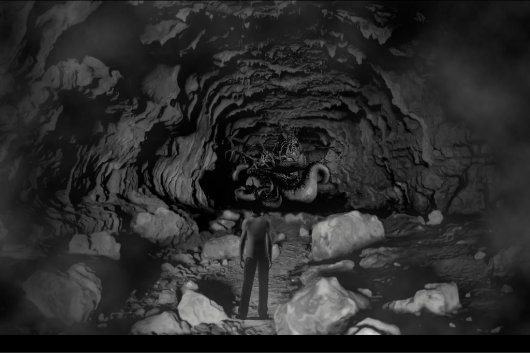 After its slow start, however, the game took hold of me and had me hooked. Many of the puzzles are creative, blend nicely into the storyline and feel satisfying to solve. On balance, the number of good puzzles outweighs the weaker ones, and the puzzles themselves are often able to match the creepiness of the settings, which is gratifying. Oz Orwell challenged and engaged me at the right times, immersing me right up until the very last minute, though it didn't take long to reach that point. This is a short-ish game with a realistic play time of about four hours. Its length is probably appropriate for a budget title under $5, but as intrigued as I became by the story, I wouldn't have objected to the game being a bit longer and a little more fleshed out.

While certain elements seem under-developed, there’s a lot to like about this game, and it's clear to me that the developer’s stylistic choices have improved considerably. The paranormal detective story will keep you on the edge of your seat, and there are enough good puzzles to help offset the occasional pixel hunting and overly vague challenges. The end result is a notable achievement (especially for a one-man show), though one that requires a bit more polish in order to completely show its full potential. Oz Orwell and the Crawling Chaos is certainly a decent outing, and if you can live with some of its underwhelming areas, it's a game that will provide you with some inexpensive out-of-this-world satisfaction.

GAME INFO Oz Orwell and the Crawling Chaos is an adventure game by Midian Design released in 2012 for PC. It has a Illustrated realism style, presented in 2D or 2.5D and is played in a Third-Person perspective.

What our readers think of Oz Orwell and the Crawling Chaos

By Devilfish on Nov 9, 2012
The review overstates the creepiness of this game somewhat. This is the adventure game equivalent of the unintentionally hilarious B-rated horror movie, and it's just wonderful. It starts out creepy enough, then somehow gets its... Read the review »