A famous saying goes: Never change a winning team. But it doesn't say anything about bringing in an entire additional team to improve things where necessary, so that's what Animation Arts did. For the third game in the Secret Files series, they cooperated closely with a team of professional movie and television series script writers. As a result of both this decision and some feedback from a play test, quite a lot has changed since our last preview. A public presentation at gamescom highlighted a few of these changes, with Marco Zeugner (Project Leader, Animation Arts) and Stefan Holtz (Script writer, Neos Film) showing several scenes side-by-side.

The ultimate goal was to streamline the experience, focusing on the story and not the obstacles. According to the filmmakers, boring puzzles equal a boring story and therefore a boring game. The developers also made sure the puzzles made sense in the world of Nina and Max (a statement that certainly can't be made about the previous games), even if some of the events take place in dream sequences, where logic may be different from the normal world. Some of the initial puzzles and scenes were reworked or changed, while others were completely removed.

For example, a typical classic adventure game puzzle was removed from the prologue. In this scenario, you play an Egyptian thief named Menis Ra, who is paid handsomely by two mysterious hooded figures to destroy some parchments in the Alexandrian library (the year being 48 B.C.). Finding and combining objects to scale a wall, distract guards and scare off a rat interfered with the flow of the game too much, as the thief would realistically want to get in and do the job as quickly as he could while remaining unnoticed. And wouldn't he come prepared by bringing his own grappling hook? For these reasons, the original sequence has been replaced with a maze-like puzzle where you have to figure out where to find the next foothold while climbing. It's a lot more dynamic and 'actiony' without requiring any actual reflexes. 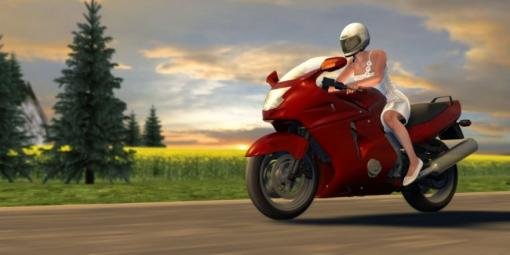 Another example of change showed how Nina's journey to the church for her wedding used to involve a chain of inventory-based puzzles in order to get around some lemmings crossing the road, protected by an environmentalist. This interrupted the emotional impact of the game immensely – players just wanted to get Nina to her marriage ceremony but were held up by having to build a ramp to jump over some suicidal rodents. The new version just has a cutscene of Nina on her motorcycle on the way to the church, and the scene that follows inside the church is much stronger without the interruption along the road. Elsewhere, Nina using an old sewer pipe to safely cross a chasm filled with fire was deemed too unrealistic even in a dream sequence, so that sequence has been rewritten to have her using more sensible objects to avoid being burned by the flames.

Even with the realism overhaul, however, there is still room for the usual secret compartment under the bed that opens when you stick flags in a map or a safe that responds to temperature changes, so it's not all real-life technology and solutions. A couple puzzles in the game are time-critical by default, such as one where you have to time a rocking motion side to side just right to gain momentum, but you can switch the difficulty to 'easy' to solve these without the time pressure.

Locations include Alcatraz, CERN and Florence, but Secret Files 3 will have two more playable dream sequences as well, which gave the developers the opportunity to illustrate Nina's inner conflict while at the same time adding some variety in location and setting. It is also a good way to introduce some other playable characters. We do get to play Max at times, but much less than in previous games. There is no specific reason for this, other than that Nina was simply deemed to be the best person for the situation. 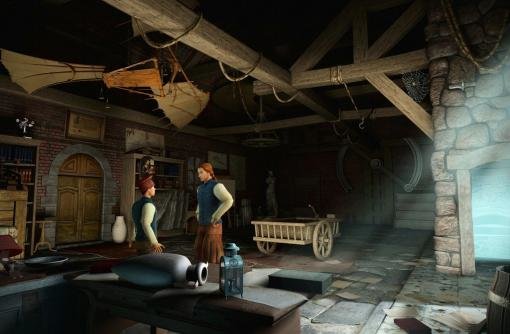 In fact, the story revolves around Nina, who has been having recurring nightmares about the end of the world. Each night, she sees devastating fires destroying everything in sight, and a hooded figure pointing at something, but she always wakes up before she can approach him. Nina is a tough-minded person who has conquered many a problem in her life, but she has trouble admitting she may need help finding out what's causing her to dream like this. Her mind is obviously not coping with something very well.

Max is worried at first, too, as they are about to get married and he doesn't like seeing her like this. They will be spending their honeymoon in Australia soon, and he wants her to relax and enjoy the prospect of their union. But when he gets arrested by some kind of SWAT team on suspicion of being a member of a terrorist organisation, Nina is left to her own devices to figure out what happened to him and what she can do to free him. Along the way, she discovers a strangely familiar symbol and traces it back to a temple in Turkey. The symbol pi plays a large role, having fascinated humanity for millennia. Is there a secret message in there somewhere? Does it store information about our species?

With the emphasis on integrating puzzles organically into the story, solutions are mostly logical and direct in nature rather than requiring much thought. That doesn't necessarily mean they are easy, but the developers do think players should always be motivated to continue playing, and each solved puzzle should offer a suitable reward to make sure you feel you're getting something done.  A high number of cutscenes and the use of many different camera angles further enhance the tempo of the game.

A nice little addition is the customizable main menu screen that you see each time you start the game or save your progress. When begin playing for the first time, you will be asked four questions, including your favourite season, adventure game and pastime. The answers are then used to adorn the menu screen in the form of posters on the wall and plants. It even influences whether you see Max or Nina there. If you don't like the results or simply want to see something different, you can always change your answers in the Options menu.

It was very interesting to hear the reasoning behind all the changes made to the third game of an already popular series, and it really does feel like Secret Files 3 will be faster-paced and more exciting than the previous games in the series, easily enough to grab your attention and not let go until the end. I didn't see enough puzzles to determine the difficulty level, but the ones on display were on the easy side, so it remains to be seen whether the shift in direction will swing the challenge pendulum a little too far the other way. But we'll know soon enough, as the game will be out on September 14th.

scribly
I feel sad that games these days have to be faster paced and easier to solve. Nowadays most games can be finished in one play-through without much thinking. I really miss the games where you could take a day to solve just one puzzle

scorp18
Still better to watch a short cut scene, than watch a long dialogue without actually interacting with anyone (just ask him something and let him blah blah for "hours"), as it was mostly in Lost Horizon (and less in Puritas Cordis)

MoonBird
Mee too. This is supposed to be a GAME. You know, the thing you PLAY. This is not supposed to be the MOVIE, they're the one you WATCH. There's a huge difference. Anyone remember what we critisized about 15 days? Well I'll refresh: The main problem was that there was almost nothing to DO. If adventure game lacks the do-element, then everything is utterly lost.

Iznogood
What makes me a bit worried is HeinzHarald's comment, that it lacks people to talk to.I have always prefered learning the story through talking to chars in the game, rather then having the story told in cut scenes.

scorp18
"I’m looking forward to playing ” Secret Files 3 ” ....looks ok to me" +1 Just hope it will be less like Lost Horizon and more like Tunguska regarding the time the heroes speak.

after a brisk nap
I find it depressing that when a studio looks at a game in development, finds puzzles that make no sense and bits of the game that just aren't working, and removes/fixes them, adventure fans see that as a [i]bad[/i] thing. The inane absurdities described in the reviews of the previous Secret Files game put me off completely. This might be the first game in the series I give a shot.

adventor
I've really been looking forward to this game. Not 100% sure what these changes will actually mean until we play it. HeinzHarald's comment gives some hope indicating that this one is more enjoyable than the previous 2. I guess we'll find out next week how the changes worked. I hope they didn't make it too interactive movie like. That's not an adventure game and if I wanted that there are plenty of them out there.

MoonBird
Reduced inventory puzzles, maze-like action-oriented sequences... no-one to talk to, not much dialogue.... that really doesn't sound so good.

HeinzHarald
I've played through the German version and puzzle quality in general is better. And I would say they succeeded in removing the tedious crap without making it feel less of a game. What the game lacks isnt puzzles, it's people. A lot of the scenes are completely devoid of anyone to talk to, which I find a shame. I don't get as immersed in the world, and the pace becomes a bit too high. I doubt there is even a handful of dialogue trees in the game. With more people the game might've taken me eleven hours or more to complete, rather than the nine hours it actually took me. And felt more alive. Still it was nine hours better spent than with the previous two games.

Kurufinwe
I finally got around to playing Secret Files 2 a few days ago, and it's clear that they needed to do something about those ridiculous puzzles and the plot contrivances that were necessary to shoehorn them into the game. I mean, that sequence in Paris where you spend hours doing all sorts of nonsensical things just to get your hands on [em]10 cents[/em] is not something I ever want to see again. That the designers needed external advice to realize how stupid that sequence (or that seemingly-awful lemmings contrivance) was is kind of scary. Having said that, they're still making a game, and they can't treat gameplay as a hindrance. [em]Better[/em] puzzles (and developing much more organically from the story) is what's needed, not fewer.

MoonBird
Rip the inventory puzzles and replace it with a crappy cutscene? Are you guys Serious? That's the stupidest thing I've ever heard in the adventure community.

Blah
Becoming less a game and more an interactive movie then? Sounds like one I'll be giving a miss...
Advertisement
archived preview