When you think of adventure game hotbeds around the world, Turkey might not be the first country that springs to mind, but Zoetrope Interactive has been working hard to change that impression. Emerging in 2007 with a Lovecraft-inspired horror adventure named Darkness Within: In Pursuit of Loath Nolder, the little studio based in Istanbul returns to the spotlight this month with the release of its sequel, The Dark Lineage. This isn’t merely a by-the-book recycling of original elements with a continuing storyline, however, as Zoetrope has made some bold changes this time around. We’ve detailed some of these changes in our hands-on preview, but it’s time now to go a little farther behind the scenes, straight to the developers themselves. Company co-founder (and series co-writer and designer) Onur Samli paused for a few brief moments during crunch time to talk about Darkness Within 2 in more detail.

Adventure Gamers: With just a few weeks before release, we still don’t know all that much about Darkness Within 2’s storyline. What can you tell us about the new game’s plot?

Onur Samli: DW2 is the story of a man called Howard Loreid who is in search of the reason behind the paranormal happenings he’s experiencing. Because of a chain of events he's been through, he is hospitalized and during a surgery which would probably result in his death, he is kidnapped by a mysterious man. Later he finds himself in an abandoned cottage with a letter telling him to go to a town called Arkhamend to find a book and seek answers about his own lineage, which is directly connected to his condition.

AG: Will the sequel be something that newcomers can jump into, or is playing the original pretty much a prerequisite for understanding what’s going on?

Onur: It’s pretty safe to say this game is for everyone. All the things players need to know and more are explained with animated cutscenes and in-game documents scattered around the game world.

AG: You’ve cited Lovecraft as an inspiration for DW. In what way has his influence impacted this series?

Onur: We used his story-telling style and places, and tried to create a world based on his works which would inspire the same feelings as his readers. And I can say we got very positive feedback about creating the atmosphere of his books in the first installment.

AG: You’ve taken the very radical step of moving the sequel to free-roaming full 3D this time. Why that decision?

Onur: Firstly, we made that decision to increase the realism factor, which is directly connected to a scary atmosphere. 3D cutscenes and detail can really change the player’s experience and make it more intense.

Also, freely roaming in the game world creates more interaction styles compared to traditional point & click adventure games. For instance, you’ll need to crouch or stand in a different position to notice a detail on the floor. A full 3D style also helped us to improve and develop other aspects of the game. We could spare more time to implement different things which we couldn’t in the first game.

AG: Are you concerned at all that you’ll alienate those who liked the control style of the first game? What would you say to them to convince them the change is worth their while?

Onur: We already know this was a radical step and can change the face of the game seriously. But I think it was necessary to take the game one step forward. There weren’t really a lot of options with a panoramic engine, gameplay-wise. And we tried not to implement too many things from other game genres like first-person shooters.

So I believe Dark Lineage is still pretty much a point & click adventure, which means no action is included and the player’s dexterity is not tested. Players who try the new WASD controlling system will understand that it’s just a new way to adjust your view along with the mouse. You won’t need outstanding keyboard and mouse reflexes; nothing will attack you or force you to do anything. Just enjoy freely roaming in the game’s dark world.

AG: Has the new control scheme changed your approach to gameplay design at all, or is it mainly just a cosmetic difference?

Onur: The new control scheme added new features to the gameplay design like carrying, pulling and pushing objects to open up your way and reach other objects. But none of these new features should worry any adventure gamers, since they’re implemented in a simple way which is far from being frustrating. 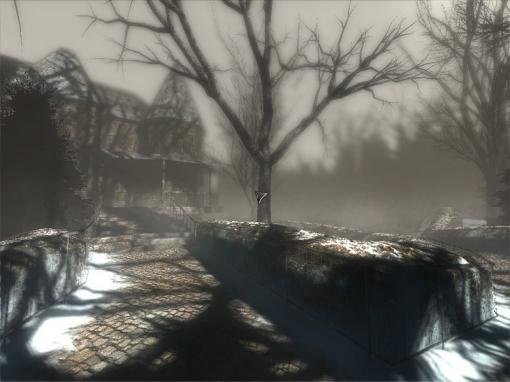 AG: What other changes can returning players expect to see in the sequel?

Onur: The use of clues differs from the first game. In that game, clues and clue-combining were a required part of the puzzles and progressing in the game. In The Dark Lineage, they are just for explaining the story and giving out secrets. There are a few situations where clue finding is a must to progress, but this is only for the Senior Detective (Hardest) difficulty level.

AG: Are most of these improvements in response to player or critical feedback, or do you view it more as a natural evolution of the series as you grow as developers?

Onur: Improvements are both based on player feedback and our own evolution as developers. But I can say feedback is the heavier scale.

AG: What kinds of lessons would you say you learned from releasing the first game? Anything particularly surprising or unexpected, better or worse?

Onur: We learned much about the development process for sure. Also we learned we should get bigger as a team to make better games. There wasn’t anything else too surprising or unexpected. It’s all about completing a task on time. Time management is the biggest challenge.

Adventure Gamers: Here we are about to see the series completed, but for a while early on it looked like the project would never get off the ground. Originally it was Loath Nolder: Labores Solis, under the direction of Aedon Games, then it was canceled, then it wasn’t, just continuing under new management, and so on. What can you tell us about that turbulent transition?

Onur Samli: Yes, we went through a lot of things.

With Aedon Games, we had a bigger team but soon we saw that not everyone was so enthusiastic about developing games. Then Oral [Samli] and I parted from Aedon Games and teamed up with Galip [Kartoglu] and thus Zoetrope Interactive was born. Now we're working enthusiastically as a team with a plan. With no planning and order, you’re like a leaf on a river. It seems we managed to find the right team spirit and working environment.

AG: What inspired your team to create an adventure game in the first place?

Onur: Firstly we are all adventure game fans. And we were all aware that adventure games have an elite community and game market which is not dominated by big developers. So we thought this was an opportunity and good starting point to get into the industry. We could make great games and not get buried by being compared with AAA titles. 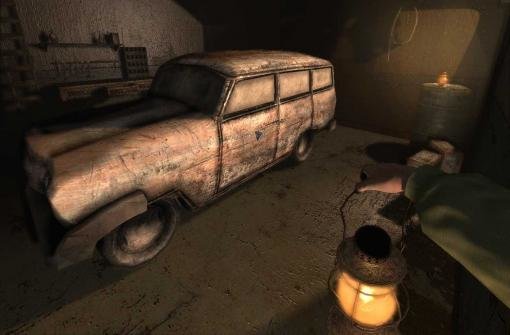 AG: How popular have adventure games been in Turkey over the years, and how would you describe the state of the genre there today?

Onur: Of course there are a lot of adventure game fans, but the Turkish market is mostly dominated by consoles and big PC titles. But I can’t say I’m 100% sure till I see our Turkish localized titles hit the market. We’re thinking about this one.

AG: Has your success with DW earned you any kind of recognition in your country? Not widespread celebrity, necessarily, but I expect there’s a certain amount of nationalistic pride in seeing the local talent do well.

Onur: We didn’t earn any significant recognition but attended some game developer seminars and did a couple of interviews. And also we took part in a book called “Digital Gaming” prepared by a University.

AG: So you’re a small Turkish development studio working with a Dutch publisher with the plan of releasing an English adventure game. Tell us about the challenges of dealing with so many countries and languages.

Onur: We didn’t see this as a challenge before, but I can say using the “Correct English” sometimes becomes an issue. You need the right comments for teasers, trailers, press releases, interviews… Your publisher also needs to ask for “corrections” for the materials since English is not their mother tongue either. So I can say the real problem is being able to output everything in English.

AG: Darkness Within was first conceived as a trilogy, yet this is going to be the final installment in the series, correct? Why cut out a full game entirely?

Onur: Three games means a lot of development time. We wanted to focus on new projects and ideas to improve ourselves. We already took a step by converting the game into full 3D. Also we realized that two games would be enough to convey the story of Howard Loreid. But of course we didn't cut anything from the overall story. The Dark Lineage will tell everything we wanted to.

AG: If this is the end of DW, what’s next for Zoetrope Interactive after this? Any new adventures on the horizon?

Onur: After finishing the necessary materials left for promotion and localization of DW2, we need to gather and discuss to plan what to do next. At this point it’s too early to say anything. But we always had a vague idea of making another adventure taking place in the universe of Darkness Within. So time will tell.

AG: I know time is at a premium with the game coming down the home stretch, so thanks for taking a moment to answer our questions.

Onur: Thank you for this opportunity and being our voice to the adventure gamers. 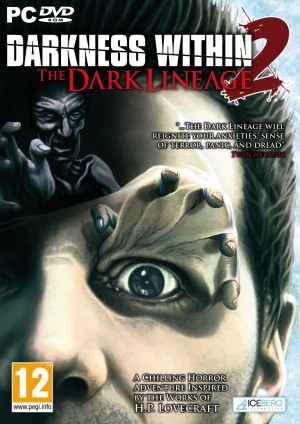 All Darkness Within games (series/episodes)
» Discover other games

Jackal
Probably the devs themselves, but I really don't remember who told me originally. In any case, they've obviously confirmed it, so that's really all that matters.

palilulac
So this is not trilogy. Who Told you that?

stuboy
I may have thought the first game had a bit of wasted potential, but I'm still really looking forward to this sequel. The full 3D is definitely a plus in my opinion, and if the storytelling can trade blows with the atmosphere, this game looks like it's shaping up to be pretty special.

seagul
I loved Darkness Within: In Pursuit of Loath Noldor. The atmosphere was really lovecraftian, the story intruiging. I could have been a little easier, puzzlewise. I was so dissappointet when I heard, that the triology becam a twoparter. Now I'm releaved to hear that the story isn't cut to pieces. I'm very exited about part 2. I'm waiting a long time for this to happen!
Advertisement
interview