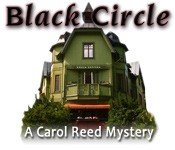 While playing the newest Carol Reed adventure, Black Circle, another female sleuth was brought to mind, Agatha Christie’s Miss Marple. Miss Marple was a sweet old lady who was content with her knitting, seemingly inconspicuous yet always observant and on top of the mystery at hand. While being a detective was not her profession, Miss Marple had the trust of those around her to always discover the truth. Apart from the gray hair and needlework, it seems that Carol Reed plays a similar role in the mysteries she has been involved in. She’s a young woman who has made Norrköping her Swedish home, and has gotten to know her neighbors and those in her community well. When there is trouble, Carol is the one people turn to when the police don’t seem to be doing all they can.

At the start of her sixth case, it has been raining almost nonstop the entire summer, and Carol has not been able to tend to her allotment as she would like. Instead, she has been spending her time at home building a dollhouse, until she receives a call from her neighbor Oscar. The retired physician found a corpse on one of his daily walks, and knowing a dead body when he sees one, Oscar left to call the police, only to discover the body had disappeared by the time they arrived. Without a body, the police aren’t interested in pursuing the matter further, so Oscar asks Carol to investigate. And so she sets off to explore the scene where the body was found and visit some of the many colorful characters around town in search of evidence.

As with all the previous Carol Reed adventures, Black Circle’s locations consist of real photographs enhanced with a subtle watercolor effect. In your travels, you will find yourself in some beautiful areas of Norrköping, which help you feel as if you’re visiting the actual city. Places such as the old church behind the train repair depot and the quaint apartment buildings really stood out to me. Of course, the more mundane and derelict areas make an appearance too. I felt like a bit of a voyeur as I stepped into someone’s home, poking through their kitchens and closets (sometimes uninvited) looking for clues. And in contrast to soaking in the lovely scenery elsewhere, exploring an abandoned, decrepit foundry and climbing through rock tunnels is an (intentionally) unnerving experience of lonely isolation. 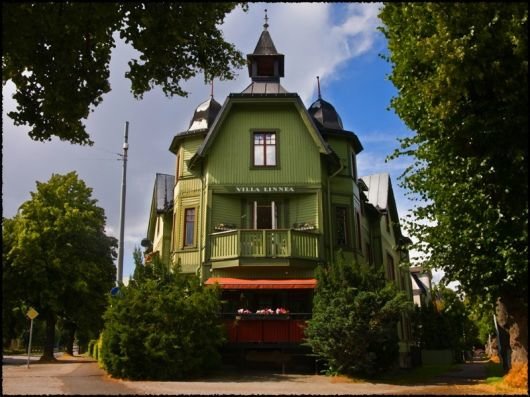 No matter where you go, the navigation has become a bit more user friendly in this game than in earlier installments. The same basic point-and-click control scheme is still used, with directional cursors for movement and contextual icons for interacting with objects in their slideshow environments. The interactive cursors have undergone a makeover, however, as they’re now bigger and brighter for a better contrast with the backgrounds. In previous games, the arrows were smaller and could be difficult to see on occasion, and this time I found it much easier to make my way around and back out of close-up scenes.

I did still get lost occasionally, however, as it’s possible to get turned around and become disoriented, and there can be many directions to move within a given location. I wandered aimlessly at times until I discovered a previously unexplored area that allowed me to proceed. The locations weren’t hidden, simply easily overlooked in the many choices available at any one time, many of which are nothing more than transit points between relevant spots. Movement between major locations is once again accomplished by use of a map, which for some reason still can’t be accessed until the current location is exited.

Even if you’re as directionally-challenged as I am, you shouldn’t get stuck for too many other reasons, fortunately. As with the last game, The Colour of Murder (which does not need to be played to enjoy Black Circle), an in-game hint system is available. It’s entirely optional, but selecting the notebook from your inventory lists the current objective. If you click on the objective, there are a series of hints that are either very general in what you should be doing or very blatant and really more of an outright solution. The only drawback is that the hints are sometimes given two at a time, and there is no option to reveal them at your own pace to only show what you want to know, so there’s a potential risk of seeing too much. Though I didn’t need it often, I had an occasional look as I made my way through the game, and the hints typically pointed to another location or reminded me of a puzzle I forgot I needed to solve. 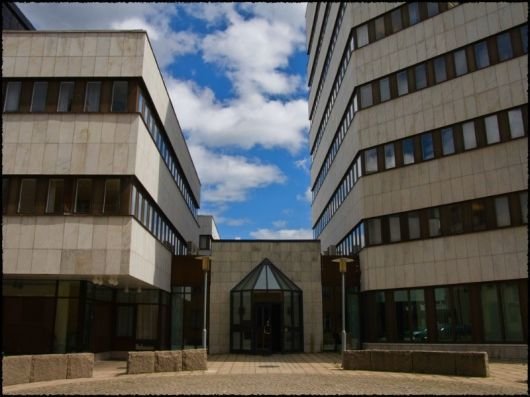 The gameplay once again consists mostly of inventory challenges and standalone puzzles. The inventory obstacles often involve gaining entrance to a compartment or retrieving another important item. Some puzzles like assembling a torn note are very simple, while others such as opening a color-coded box, while perhaps appearing difficult at first, soon become straightforward once you find the clues to solve them. Occasionally that clue is in a different area of town altogether, so I found it helpful to take notes for later use, and at those times I found myself wishing some sort of automatic journal feature were offered. The hint system ultimately serves a similar purpose, but sometimes a “hint” is needed less than simply a way to keep track of ever-increasing information.

Clues for puzzles are found by discovering old letters, visiting the library or conversing with the many interesting characters in Norrköping. The cast is fascinating because they are such an eclectic mix of young and old, often eccentric, even a little creepy, but never generic. Perhaps the most memorable new character is a transgender woman from whom Carol gets some very vital information. One recurring series character, Jonas, has a brief appearance in this game, having become good friends (with romantic interest) with Carol. Stina, a long time resident of Norrköping and an old friend of Carol’s, is also back. She has had a variety of jobs in previous installments, and this time she has her own bakery. As usual, Stina is often a good source of information on Norrköping’s history and interesting gossip. While not every topic is necessary to proceed, interacting with the various characters is important, revealing vital information and frequently resulting in new locations to visit.

Dialogues are still conveyed using voiceovers with a series of still character images, and for the most part the vocal performances are good, with no overacting or wooden performances. Carol sounds a bit sassier at times, especially if you try to go somewhere she isn’t quite ready to visit yet, and she doesn‘t seem as scared as some of the more dangerous circumstances might suggest. The background music is nicely matched with the mood of each location, the somber tunes being especially effective, providing an ominous mood in the run-down areas. Occasionally other ambient sounds such as flowing water and chirping birds add a welcome little extra to the atmosphere. 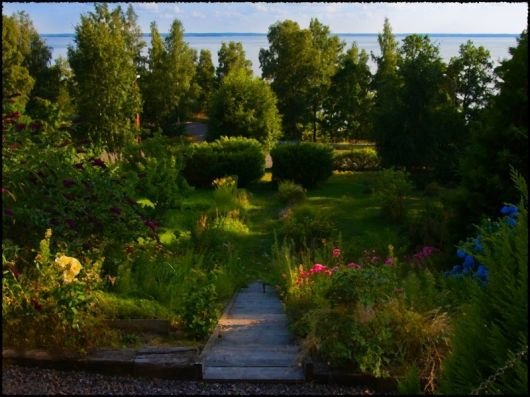 Along with the quirky characters comes a unique story that’s a little macabre, which certainly contributed to my own sense of unease. When Carol identifies the name of the man Oscar discovered, she learns of a mysterious cult and a ritualistic double murder that occurred years prior, which raises questions about a possible connection to the missing body she is investigating. Though largely only implied, the gruesome nature of the deaths and the dark motives of the cult make for a disturbing backdrop to your investigation. It also makes it feel as though Carol might be in real danger this time, which I don’t recall experiencing in any previous installments, and I felt more invested in the story because of it, leaving me anxious to keep playing to find out what else Carol would discover or what trouble might await.

While Norrköping has been the setting for all of the Carol Reed mysteries, it never gets stale, as new places in the city are explored every time and each mystery is unique and intriguing. Black Circle continues that trend, and Carol Reed fans will find another welcome mystery installment here. There is a slower pace to this game (and the series in general) than many, with its humble protagonist and quiet first-person exploration, but that quiet is filled with rich exploration and punctuated with uneasy moments of tension when the story picks up. Its relaxed nature may not be everyone’s cup of tea, but this game provided me with an enjoyable few evenings of escape to a lovely Swedish city with a detective that has earned my trust right along with her friends and neighbors. Like Miss Marple in St. Mary Meade, Carol Reed has become a fixture of Norrköping, and she once again manages to deliver an intriguing if darker-than-usual little adventure that’s well worth a return visit.

Black Circle is another enjoyable if occasionally uneasy visit to the city of Norrköping for an intriguing mystery with the detective Carol Reed.

What our readers think of Black Circle: A Carol Reed Mystery 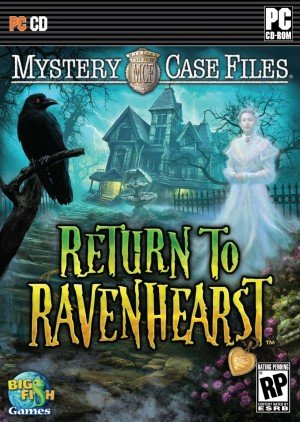 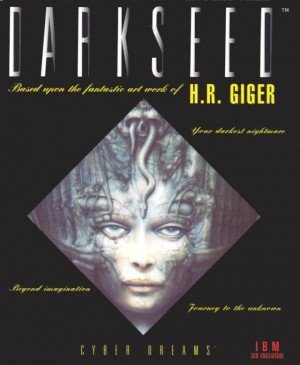