Though others have tried, Telltale Games is arguably the master of episodic gaming, with three successful “seasons” under their belt. They’ve been to hell and back with Sam & Max, coolly catered to “attractive people” with HomestarRunner.com’s Strong Bad, and now they’re journeying to West Wallaby Street to take Wallace & Gromit on a series of Grand Adventures. For the uninitiated, Wallace & Gromit are the stars of several Oscar-winning claymation shorts from Aardman Animations, as well as a feature film titled The Curse of the Were-Rabbit. Wallace is a mild-mannered British inventor and entrepreneur whose plans always result in big trouble, and Gromit is the smart and sensible dog who always bails him out of it. For the devoted fans concerned about how the franchise will fare in this move to interactive adventures, don’t worry: the lads are in good hands. The first of four episodes, Fright of the Bumblebees, has all the charm, humor, and style of the short films—now with puzzles!

Wallace & Gromit live in a simpler world than we do, one unaffected by corporate greed or the economic downturn, and Wallace has complete confidence that his latest venture will be the one that finally hits. His new honey delivery service, “From Bee to You”, promises fresh honey straight from the hive to your door. He even has an honest-to-goodness client: Mr. Paneer down the street wants 50 gallons for his Annual Crumpet Festival, and he wants it today. Your first major task (after a few introductory puzzles and an optional tutorial) is to find enough flowers for Wallace’s bee-powered machine to fill this order, and Wallace being Wallace, the solution he finds plunges the town into chaos.

Chaos, however, is something of a relative term in this case. The designers didn’t go all Sam & Max on this property, and even the worst day for Wallace & Gromit is more low-key than the mildest for the Freelance Police. Wallace is considerably less talkative than Sam, for one thing, and for half the game you control Gromit, who never says a word. The humor in Bumblebees comes less from wordplay and more from subtle touches like Gromit’s facial expressions, the propaganda posters Wallace puts up to motivate his bees to work, and his all-bee-related bookshelves in the dining room (I don’t recall studying The Merry Hives of Windsor in school). Players can also take pleasure in the absurd interactions with the all-new supporting cast, like dotty old Major Crum, the always-arguing Gabberley’s, and clueless Constable Dibbins. There aren’t any major belly laughs, but those are never intended, so if you dig the subtle whimsy the Wallace & Gromit filmography is known for, you’ll find much to enjoy here. 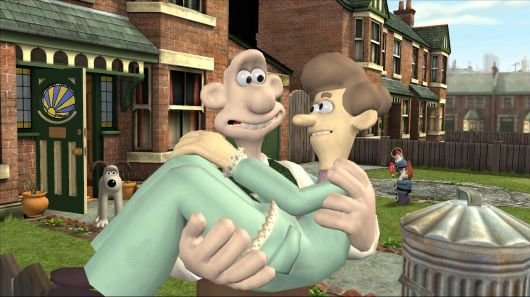 Another change from Telltale’s previous adventures is the way the game is controlled. Though this review deals exclusively with the PC release, the series was designed from the beginning to be playable on Microsoft’s Xbox 360 (via the downloadable service Xbox Live Arcade), and because of that, some changes were necessary. You can still use the mouse to select on-screen hotspots or apply inventory items, but actual character movement is controlled using the keyboard (either the arrows or WASD, whatever you prefer). The controls are relative to your viewing angle, which can be awkward sometimes, as sudden scene transitions will occasionally leave you pushing your character in a different direction than you intended. You’ll also see a lot of Wallace or Gromit oddly walking in place against invisible walls as you try to find the exit to a scene.

Even without these navigation issues, the new controls will take quite a bit of getting used to, since the mouse is already in your hand and the desire to click on a place and have the protagonists simply walk there is strong. In fact, because the game is fairly short, I wouldn’t say I ever got used to it. If available to you, I’d highly suggest using a gamepad instead, as it was easier to manage when I plugged in my dual-analog Logitech. In that case, the left analog stick controls movement, and hotspots are cycled through with either the directional-pad or right analog stick. The various face buttons choose an item, cancel an action, or bring up the inventory. I actually got stuck on one puzzle with mouse-and-keyboard because I’d missed a hotspot that was easily found using the gamepad’s object-scrolling method. Even if you don’t have a gamepad, however, the controls aren’t so bad that they should discourage anyone from wanting to play (and hey, it’s still easier to control than Grim Fandango).

The puzzles are well-constructed, and generally rely on this simple system: explore every hotspot on each screen, gathering whatever you can for your inventory, then apply said inventory in the right situations at the right times. None of the puzzles are extremely difficult, but they’re clever and unconventional enough that they’re still terrific fun to solve. Even a simple task like making breakfast involves dealing with a massive contraption, complete with boxing gloves on springs and a giant hammer to crack the eggs. A couple puzzles deviate from the standard formula, including Gromit manning a makeshift “anti-aircraft” gun, and Wallace struggling to play Mad Libs with the newsvendor. There aren’t any dialogue trees in Bumblebees, so you never have to worry about (or experience the fun of) saying the wrong thing, and as with other Telltale offerings, failure is never an option, so feel free to experiment with impunity. The game saves automatically after major puzzles and when you choose to quit, but you can also make your own “Bookmarks” if you wish. 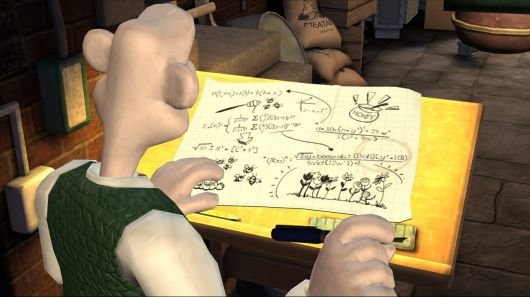 Sadly, the voice of Wallace in the shorts, Peter Sallis, was not available to act in Bumblebees. Happily, he’s replaced here with Aardman’s official back-up voice actor, Ben Whitehead, who sounds so eerily like Sallis that you’ll soon forget it’s someone else if you can even tell the difference in the first place. The other characters all sound perfect, and live up to the high quality we’ve come to expect from the voice acting in these episodic series, though there aren’t any real breakout stars. The jaunty, old-fashioned music fits into the quirky provincial mood of the franchise, spearheaded by the official Wallace & Gromit theme, and coupled with some other atmospheric pieces that come from the same musical family.

On a technical level, the game impresses the most when it comes to the character models. Though using real stop-motion clay figures wasn’t tenable, the designers did the next best thing by detailing the individuals so carefully they could fool the casual observer. They even included little details like fingerprints from the non-existent modelers and the little needle holes in the characters’ eyes that real clay models need to adjust their gaze between shots. The backgrounds don’t share that handmade feel, but they are rich in the same kind of colorful little details (I loved the framed picture of cheese over Wallace’s bed) that make the sweeping camera shots in the movies such a treat for the careful observer. Interestingly, the developers purposely downgraded the precision smoothness of the game’s 3D animation to make it look more like the hand-crafted film series, though the effect is virtually imperceptible apart from the lip-synching, as the movements are otherwise still very fluid. I especially enjoyed the way Wallace minces about when he walks.

My only real complaint with Fright of the Bumblebees is how slight it all feels. There’s maybe three hours of playtime here at best, and even for a single episode, it doesn’t feel like enough. While episodic games are more like appetizers than full meals by nature, Bumblebees is an hors d'oeuvre in comparison, and I was hungrier at the end than I was at the beginning. Perhaps this is mainly because there simply aren’t a lot of non-essential diversions to round out the experience, and exploration is limited to Wallace’s home and the tiny town square. Things are always moving at a quick pace, as one puzzle cascades to the next, but that only lends more to the feeling that it’s over before it’s begun. The climax is an exciting one, simulating action without actually putting you in any danger, but even the epilogue afterwards feels underwhelming, since Wallace solves the final “puzzle” without your help. Still, it’s a mixed blessing to be left wanting more, and brevity notwithstanding, the game looks great, sounds great, plays great, and stays as true to the Wallace & Gromit property as anyone could wish. If the next three episodes are as cracking this one, these will be some Grand Adventures indeed.

WHERE CAN I DOWNLOAD Wallace & Gromit’s Grand Adventures: Episode 1 - Fright of the Bumblebees

Wallace & Gromit’s Grand Adventures: Episode 1 - Fright of the Bumblebees is available at:

For the Wallace & Gromit superfans, this should be a no-brainer, day one purchase. For everyone else, it’s another well-polished episodic adventure of the sort we’ve come to expect from Telltale, and even if you’re not familiar with the source material, it’s definitely worth your time.

GAME INFO Wallace & Gromit’s Grand Adventures: Episode 1 - Fright of the Bumblebees is an adventure game by Telltale Games released in 2009 for PC and Xbox 360. It has a Stylized art style and is played in a Third-Person perspective. 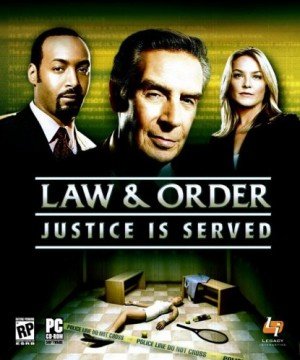 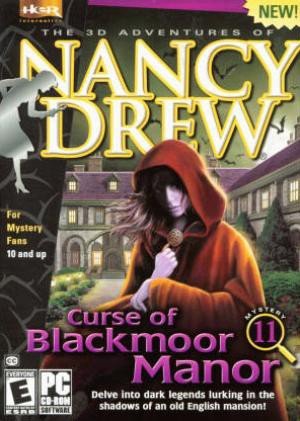 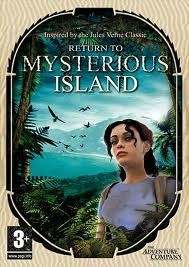 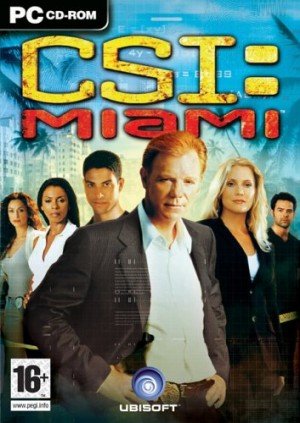 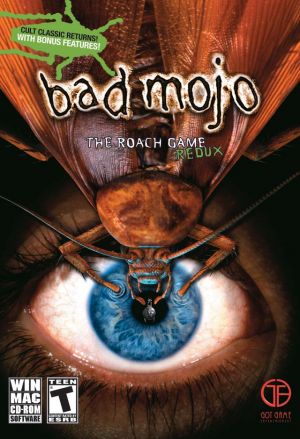 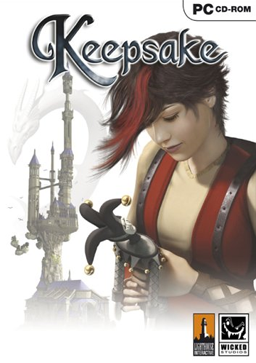 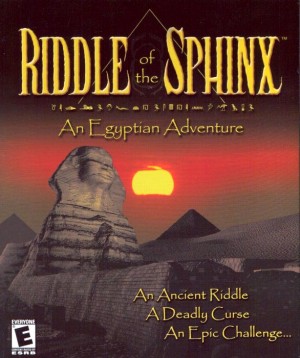 What our readers think of Wallace & Gromit’s Grand Adventures: Episode 1 - Fright of the Bumblebees

Play Time ~ 12 hours for all episodes The game is good clean fun. Story is interesting enough to keep you motivated and varies between episodes, which is nice. The graphics, sound, and voice acting... Read the review »