We get a small commission from any books sold.
All Bitmap Books
Written by
Heidi Fournier — January 12, 2009

The Colour of Murder is the fifth Carol Reed mystery from independent Swedish developer MDNA games. To date the series has shown very little technological change in design from one game to the next, and this latest installment is no exception. But if you’re a newcomer to the series, don’t let the old-style format deter you, as this is a lovely little game. And those already familiar with the amateur detective will find a game that continues to develop Carol’s character by giving her more of a social life and brings back characters we have become familiar with previously. I found this game to be an improvement over the last game in the series I played, largely due to the fact that it has such a strong story with good pacing that pulls the player along.

The game is nicely laid out, once again filled with beautiful pictures of Norrköping, Sweden. Colour of Murder still uses the static slideshow set-up from previous games, with graphical effects added to photorealistic images to give them a softer, painterly look. This time around, the unique art style is displayed in such environments as a pretty abandoned limestone quarry and some historic buildings where Carol learns about the process of creating bronze implements, along with a handful of domestic locations. I often wondered as I roamed through various apartments what the developers at MDNA say to their friends to get them to agree to having their private domains captured for a game that will be played worldwide.

As in previous games, it sure doesn’t hurt that Norrköping is easy on the eyes. All the building exteriors are painted in the liveliest colours, and there always seems to be greenery in abundance wherever Carol goes. With such lovely surroundings for Carol to do her sleuthing in, I was constantly frustrated by the fact that I couldn’t pan 360 degrees to see more. However, the designers do a fairly good job of using pictures that offer continuity from one node to the next, only slightly marred in a few places where rotating left and right becomes disorienting. Still, I would have really enjoyed it if these pictures were seamlessly tied together so I could crane all the way around and get a more complete view of the environment. Perhaps that is asking too much of an indie studio, but it would be a very welcome addition to a series that has proven it can create an intriguing story to fill it out. 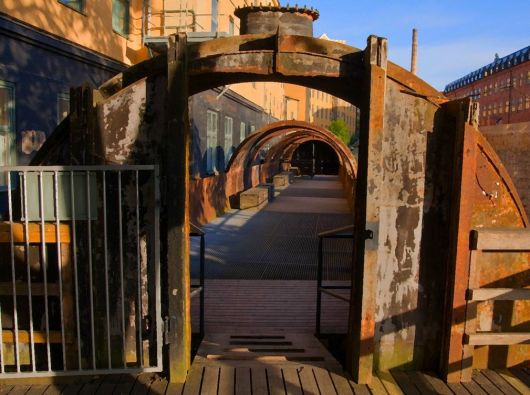 The game is marvellously constructed around a murder case that somehow seems to be connected with the disappearance of a young man. The youth has been missing for a few days, and Carol is asked to look into his whereabouts by his father. He is especially worried as he found an article in his son’s apartment regarding the recent murder of a set designer with a local theatre group, and suspects his son may be involved. Even though Carol was looking forward to a relaxing holiday, she agrees to take the case and starts sleuthing immediately. As she begins to unravel the mystery of the young man’s disappearance, all signs seem to point to a blackmail scheme on top of the murder listed in the newspaper. The deeper she digs, the more it appears that all this intrigue might just revolve around an issue of homosexuality in the royal family in years gone by, adding even more spice to what originally appeared to be a simple missing person case.

Series veterans will recognize Stina, who does double duty as Carol’s friend and the player’s guide through the game, providing advice and clues when needed so that your adventure keeps moving ahead. For those new to the series, Stina was originally the shop girl at a local store that she now owns, where you can visit her at any time. As a local and friend of Carol’s, Stina serves as a sort of Google Map for nearby sites and information. She often points Carol in the right direction when she needs to find a new location, or provides background information about historical or local importance to the case.

While helpful at times, Stina is really just back-up resource, as most necessary information is provided by interacting with the game’s various characters, and the dialogue and written material does a good job of giving you most of the clues required to advance at a steady pace. And pacing is one thing this game definitely does right. Colour of Murder ticks right along, only once grinding to a halt when I realized I hadn’t completed a necessary action to open up another location. This is largely due to the fact that the plot itself unfolds naturally as you progress. All the threads logically connect to each other, creating not only a strong story for the game to be built around, but one that lends itself intuitively to the locales that have become a hallmark of this series. 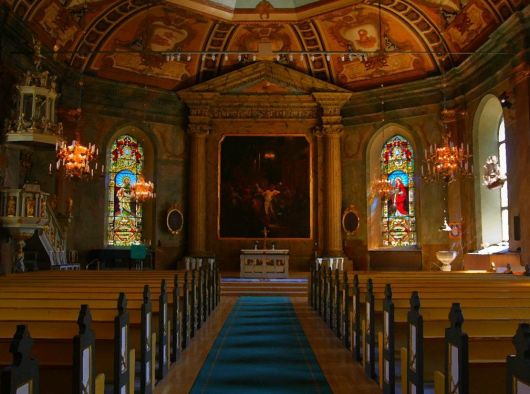 In addition to the storyline, the game consists of a good mix of standalone and inventory-based puzzles, mostly involving exploration and collecting items to be used in the appropriate place. There are very few push-pull lever puzzles, or other puzzles I have become so used to finding in adventure games that I kept expecting to pop up but never did. How refreshing. One of the most difficult puzzles in the game, however, is a locked box fronted by coloured squares that require a correct sequence for opening. It takes a fair amount of sleuthing to get all the pieces together to ultimately solve this one.

Interactive hotspots, including objects to be picked up and places where inventory items can be used, are highlighted by a smart cursor. Some items are easily found, while others require a little more detective work. Almost all of the objects collected are used in way that makes complete sense. Keys are used for doors, a head lamp lights your way in the dark, rubber boats help cross creeks. Some inventory objects can be combined, however, and this might be where gamers get stumped at times. There are a few combinations that didn’t jump out at me right away. Luckily, the game usually provides ample hints from Carol or Stina to keep a gamer on track with what to do. I did run into one hitch when I didn’t complete a phone call at the right time, but once I revisited a few places I realized what I needed to do. Otherwise, I found the game easy to understand and navigate through.

When using the in-game map to jump to a different location, your destination is represented by a sepia-toned snapshot of the locale before becoming active. These snapshots seem to serve as a type of chapter cover to let you know you have entered a new environment. I did wish you could jump from place to place directly from any point within each location, as some areas require backtracking to get to an exit before you can access the map. 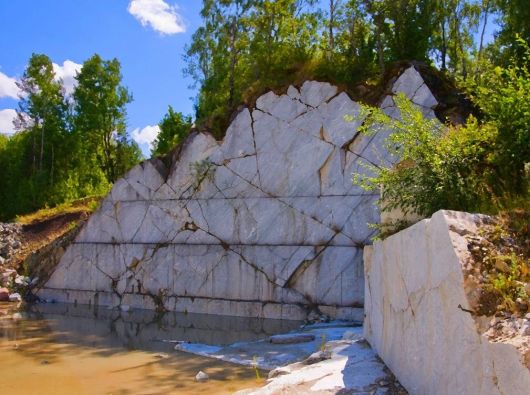 Though the dialogue in the game is spartan, it is effective. No characters are overly chatty and most of what is said is direct and to the point, providing any necessary information without being too formal or too familiar in tone. I found the voice work very good as well, especially from Carol. No histrionics or weird discourse for this protagonist. Writing for games seems to be becoming a bit of a lost art, so it was nice to see solid work in this area. There is a fair bit of reading to do in the game as well, but everything is written clearly and correctly. Having played many games with poor translations from an original language, this is a notable achievement, particularly from such a small team.

I loved the ambient sounds throughout the game, like birds chirping lightly over the music. The soundtrack itself is very subtle, just there for emphasis, not overload. The music consists of a number of standalone pieces that are tied to the environment you are in. Certain tracks succeed better than others at being more atmospheric. None are very complex, mostly comprised of just a few instruments, but they are better than the average looped background music.

Overall, this latest mystery is very similar to other games in the series, and yet an improvement over the last one I played, mainly due to its intriguing story that keeps things moving at a great pace. The game does have its shortcomings, particularly the older slideshow technology that shortchanges the beautiful environments somewhat. And the game itself is very short, as it only took me about five hours to play all the way through. But even with these issues, I think most players will find it a bracing and fun mystery to solve. As with the earlier games, it is available for purchase directly from the developer’s website, where you can also find a playable demo to try it out personally. Ultimately, I think it will mostly appeal to series veterans, though anyone could pick this game up without having played any previous titles in the series, so if you’re considering your first Carol Reed adventure, The Colour of Murder certainly isn’t a bad place to start.

The fifth Carol Reed mystery is a short but intriguing mystery that should appeal to series veterans and newcomers alike.

What our readers think of Carol Reed: The Colour of Murder