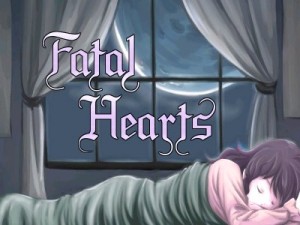 We get a small commission from any books sold.
All Bitmap Books
Written by
Kim Wild — January 28, 2008

Thinking back many years ago, you may recall the existence of Choose Your Own Adventure books, where a decision as to where the story would go next was entirely left to the reader. Given that the adventure game genre is so heavily geared to character development and storyline, it's surprising that the idea hasn't been explored more. Hanako Games, the independent team behind Fatal Hearts, has taken this idea and run with it, offering a anime-style adventure that provides multiple endings and game choices that have a noticeable impact on the outcome.

Presented in a first-person perspective, you play the role of Christina, a teenager who lives with her mother and has been having disturbing dreams that are becoming increasingly frequent. At the same time, girls are mysteriously turning up murdered in the local neighbourhood by unknown forces. As she begins to associate with her new best friend Lucy, an outgoing girl always on the wrong side of trouble, Christina encounters an assortment of different characters, some of whom aren't always what they seem. From Lucy's parents to the rough-and-ready Randy and Tim, plus the smooth-talking Jeremy, everyone seems to have something to hide. And not all secrets are natural, as you can expect to encounter magical spells, vampires, werewolves and reincarnation as the prevailing themes encountered throughout the adventure.

Of course, the key feature of the game is that how the storyline unravels very much depends on what decisions you make throughout the game. It is possible to receive the "death" ending within a few hours without ever discovering what is going on, yet other routes may see you discover why Christina is having her dreams and finding out who or what is killing these young girls. Christina may become involved with cultists or end up fighting them and saving the world, find romance, discover her destiny or even escape from the madness once and for all. Even small decisions, from the choice of job to whether or not you get into a certain character's car, can affect the direction the adventure heads. As a result, this also determines what puzzles you'll encounter, so it's likely you'll first complete the game having only played a handful of the tasks on offer. 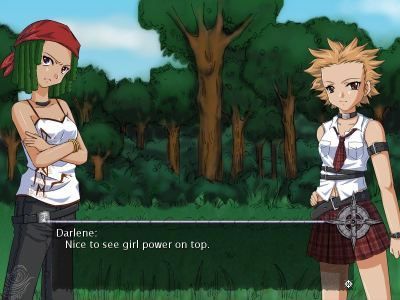 This freedom of choice is one of the more admirable aspects of Fatal Hearts and gives the game a definite replay value. The downside to this is that a single play through the game is very short. While some paths are more brief than others, lasting only a couple of hours, the longest it will take to reach the end is around the four hour mark. The fact that there are ten possible endings and the ability to take different routes to get there manages to make up for this to some extent, but will still prove to be disappointing to those looking for a more substantial experience. Even if played through for every possible decision and route available, it's still not going to amount to more than ten hours of original content in total, due to the fact that many of the scenarios overlap and you have to bypass a lot of previously seen content to get to the new stuff. The small choices you make can dramatically alter which ending you receive, but often the journey seems very similar to other routes and doesn't feel like playing a different game each time. Much like a Choose Your Own Adventure book, which required going over some sections over and over again to reach the branching points, Fatal Hearts suffers from the same problems of repetition in order to see everything the game has to offer. It's also a shame that the story always seems to end just as it is getting started. After exploring every possible route and seeing all the outcomes, there is still a feeling that more depth could have been added, along with better characterization of the cast.

Visually, Fatal Hearts appears to owe a lot to the world of anime, with many of the characters having a familiar 2D cartoon look (some of whom even have the Japanese spiky hair trademark) and are well designed. The still cutscenes that represent turning points of the story and the endings themselves are beautifully drawn, almost as if someone has used a paint brush to capture those important moments. The quality of the rest of the art does tend to vary, as backgrounds range from being nicely done to seeming a little rough around the edges, but for the most part the environments are pleasant enough to look at. There are no voices in the game, relying solely on text for all dialogue, and there is very little music to be heard, but when it is available it can be very atmospheric.

Unlike many adventures, you'll never have an inventory, but between talking to other characters and making various choices, there are a number of puzzles that crop up throughout your journey. Unfortunately, there are some puzzles that suffer from poor design. Early on in the game, you'll have to put together symbols in the right order on a clock. However, you have to be very exact in how you position the figures as the puzzle is incredibly picky, and it can take a long time to solve due to its clumsy interface. Another puzzle, involving matching up patterns on a lock, is also fiddly and it's hard to distinguish the patterns needed to solve it, so you spend a lot of time experimenting until it finally works. Many of the puzzles take on the form of navigating a maze, whether you're running away from the police, escaping in a car, making your way around a hospital, or trying to escape cultists. Although this form is overused throughout the game, their presentation is varied enough to appear unique. The visual presentation for moving around a shopping mall is simple but effective, with each individual represented by a card-like icon which moves in a set sequence that has to be worked out. The maze required to reach the house is also well done, with the walls disappearing and then reappearing to represent magical force fields. 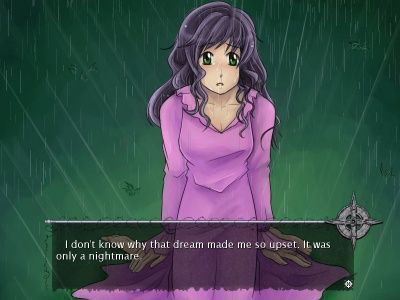 Fatal Hearts also features a couple of timed puzzles, from having to put together leaves to create a hiding place to tracing a pattern in the air to cast a spell. These are particularly frustrating as the time limit seems unforgiving and requires the player to move the mouse quickly in order to accomplish them. Still, despite some of the puzzles suffering from design issues and an over reliance on getting through mazes, there are some that are quite well thought out and boast a degree of originality. You get to decode a secret message on a mobile phone, do some cooking, play a form of sudoku with runic symbols, get money out of a piggy bank with just the use of a hook, and attempt to get a blocked red ball out of a bottle.

One of the nice touches is that the game frequently autosaves and detects when you have played the game before so that it is possible to skip puzzles previously solved, and even fast forward the written text. It also has a well constructed hint system for each puzzle, which definitely comes in handy for a few of the later puzzles (the unlocking of a safe and the construction of a dreamcatcher by connecting threads are incredibly difficult). It is also possible to bypass each individual puzzle by inputting a cheat code, which can be found at the developer's website.

It's a shame that the game can be so frustrating at times, as there is a lot to admire in Fatal Hearts, particularly for an independent release. The anime-style characters are well drawn and the still cutscenes are especially impressive. The decision making process leads to some genuinely different paths and endings, which adds replay value for those who want it, and the ability to skip completed puzzles helps minimize the repetition. However, the fact that so many of the paths overlap in order to reach a new puzzle or different ending makes replaying the game tedious in places, particularly given the similarities of many puzzles to begin with. Along with the underdeveloped storyline and characterization, these weaknesses ultimately prevent this game from being anything more than an average adventure. Still, in a genre filled with lots of similar sorts of games, Fatal Hearts certainly stands out from the crowd, so for those looking for something a little different, it's available as a download only from the official website, along with a playable demo to try for yourself. That way you can Choose Your Own Adventure, if you feel so inclined.

Fatal Hearts is a unique take on the genre, but the repetition and sacrifice of story development for replay opportunity prevent it from realizing its full potential.

What our readers think of Fatal Hearts