"Now let me ask you this, Mr. Tex Murphy: have you ever had it in your occasion to search for a missing person?" 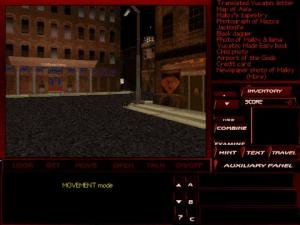 Adventure gaming heroes through the years have a history of being decidedly unheroic. Bumbling space janitors, clumsy wannabe pirates, lazy bookstore owners...certainly not the sort of heroism one would expect from a comic book. But perhaps there is no adventure hero as pathetically lovable as Tex Murphy, P.I.

Tex's adventures date back to the brave but ill-conceived Mean Streets in 1989; it was not until the third game in the series that Tex Murphy became a recognizable name in PC gaming.

It's important to set the stage, in order that the reader may properly understand the context. In 1993, I saw a poster for Under a Killing Moon in my local computer software store, advertising it as an "interactive movie." My friends and I rolled our eyes because we instantly recognized FMV as being synonymous with bargain bin crap. Night Trap, anyone? The store clerk informed us it was going to be on four CD's, which was an absolutely ridiculous thought in those days. Wasn't the point of CD-ROM to eliminate disc-swapping entirely?

Needless to say, UAKM destroyed every preconception of FMV, with well-integrated cut scenes and above-average acting. But a revolution in FMV wasn't enough for Access; they also rewrote the book on 3D gaming, which some designers still can't figure out eight years later. Solving puzzles involved looking for clues, literally, under every nook and cranny. Sometimes it seemed a bit frustrating to have to look at things from the right angle in order to see what you need to find, but in retrospect, it was an unheard-of realism factor. 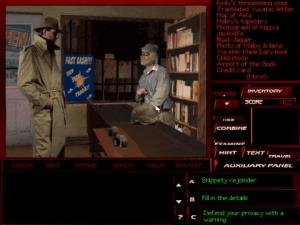 Of course, the game wouldn't have been so good without a fantastic storyline, and UAKM brought that to the table. Two years later, when Access released the follow-up, The Pandora Directive, they made the wise decision to keep the setup entirely familiar to veterans of the first game. The interface was left completely unchanged, and the street of post-WW3 San Francisco where much of the game takes place was ported with very little modification. There was no problem with this; even though it was using a two-year-old framework, Pandora was still way ahead of its time. Of course, this meant that the sometimes difficult and awkward interface remained as well, but that was much less of a problem now that we were used to it.

Instead, Access put all of their energy into adding new features and providing the best private-eye storyline they could, and the result is pure gold. The story involves a simple missing person case that blows up into a massive government conspiracy, as our hero stumbles clumsily through the entire mess. It is one of the best detective stories ever told, and it is supplemented by a cast of lovable characters (many of whom are familiar from UAKM) who are all well-cast and well-acted. The human element of the game, anchored by the wonderful Chris Jones as Tex, cannot be overstated. 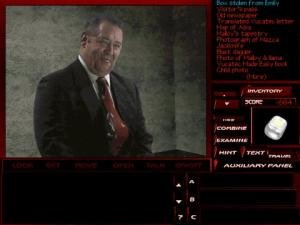 Pandora Directive brought some incredibly important new elements to the Tex Murphy table, however. Most importantly, it was the first adventure (and really, still the only) to allow you to "shape" your character through your responses to characters. You could create a mouthy, brawl-hungry PI, or a thoughtful morality-driven detective. Beyond shaping your character, the game also provides two different paths for you to follow: a path for those who would rather the story progress without being stalled by puzzles, and a path for those who really fancy a challenge and can't get enough of the puzzles. In a genre widely criticized for failing to provide replayability, Pandora Directive is one of the most replayable adventure games ever.

Both of these games are brilliant, and choosing between them is no easy task. I almost wanted to make them share this spot. But in the end, I chose Pandora Directive over Under a Killing Moon because the replayability element still seems so fresh six years later. It is the best FMV adventure game ever produced, one of the truly immortal detective games, and the #15 adventure game of all-time.

Last time: Seeing the games as completely equal, I picked Under a Killing Moon to fill the #15 slot and left Pandora off. Playing through both of them this time around made it obvious that this is the one more deserving of this honor.